Steve Mentz teaches Shakespeare, literary theory, and the “blue humanities” with a focus on environmental questions. Responding in his research and teaching to ecological crisis has brought his work beyond Shakespeare to embrace oceanic culture, environmental philosophy, and artistic performances. He believes that all arts are performing arts, and his Shakespeare classes see at least one live performance each semester.

His most recent book, Ocean, appeared in March 2020 in Bloomsbury’s Object Lessons series. He is the author of four other books, Break Up the Anthropocene (2019), Shipwreck Modernity: Ecologies of Globalization, 1550-1719 (2015), At the Bottom of Shakespeare’s Ocean (2009) and Romance for Sale in Early ModernEngland (2006). He is also editor or co-editor of six collections: The Cultural History of the Sea in the Early Modern Age (2021), The Routledge Companion to Marineand Maritime Worlds, 1400-1800 (2020), The Sea in Nineteenth-Century Anglophone Literary Culture (2017), Oceanic New York (2015), The Age of Thomas Nashe (2013), and Rogues and Early Modern English Culture (2004). He has published numerous articles and chapters on ecocriticism, Shakespeare, early modern literature, and the blue humanities. He curated an exhibition at the Folger Shakespeare Library, “Lost at Sea: The Ocean in the English Imagination, 1550 – 1750” (2010).

A sample of his para-academic writing, including articles in Public Books and Stanford’s Arcade e-hub as well as several podcast interviews, can be found on his Public Writing page.

He often presents invited public and keynote lectures about his work to international audiences, including recently in Australia, Switzerland, England, and at North American Universities from Stanford to Harvard to the CUNY Grad Center in Manhattan. He has received prize fellowships and grants from such bodies as the National Endowment for the Humanities, the Folger Shakespeare Library, the John Carter Brown Library, and the National Maritime Museum in London.

Before arriving at St. John’s in 2003, Dr. Mentz taught for three years in the English Department at Iona College in New Rochelle, NY.  His undergraduate degree is from Princeton University, where his senior thesis won the Francis LeMoyne Page Prize in Creative Writing. His PhD from Yale University.

Dr. Mentz directed the Graduate Programs in English at St. John’s between 2011 and 2017, during which time he oversaw the process through which the current Ph.D. program was authorized by the New York State Board of Education. 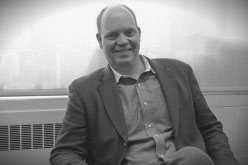