Gregory Maertz’s scholarship and teaching are divided between Romanticism (theory, poetry, fiction) and Fascism Studies, in particular the visual arts of the Third Reich and intersections between Modernism and National Socialist cultural production. His major publications seek to elucidate his discovery of nearly 10,000 works of art produced in Nazi Germany and the previously hidden archives of the Haus der Deutschen Kunst.

Professor Maertz has recently become active as a curator of museum exhibitions focusing on the “lost” official Modernist art of the Third Reich, the recovery of which and restoration to the twentieth-century canon is the focus of his research. The first of these exhibitions, Kunst und Propaganda im Streit der Nationen 1930-1945 [Art and Propaganda in the Conflict of Nations] opened at the Deutsches Historisches Museum in Berlin in January 2007. In 2015 his exhibition, Kunst I Kamp [Art in Battle], opens at KODE in Bergen, Norway.

“Nostalgia for the Future: Anticipatory Representation in Nazi Art,” German Department and the Lamar Dodd School of Art, University of Georgia, Athens, October 6, 2011.

Keynote Speaker, “Modernist Art in the Service of Nazi Culture: Baldur von Schirach and the  Junge Deutsche Kunst Exhibition  of 1943,” Conference on  Ideologues of the Extreme Right, Past and Present , Teeside Univeristy, United Kingdom, July 4, 2013.

Keynote Speaker, “Nazi Modernism and the Mobilization of Christian Artists in the Third Reich,”  Conference on Modernism, Christianity and Apocalypse , University of Bergen, Norway, July 19, 2012.

The Last Taboo: The Rehabilitation of Nazi Artists in Postwar Germany  (London: Continuum, under contract).

The Invisible Museum: Unearthing the Lost Modernist Art of the Third Reich  (in preparation).

House of Art: A Cultural History of Nazi Germany  (in preparation).

Curator, “The World of Tomorrow: European and American Paintings at the 1939 World’s Fair” (in preparation).

Curator, “Nostalgia for the Future: Tradition and Modernism in German Art, 1930-1945” (in preparation)

Articles on “Nazi Modernism” and “Fascist Modernism” in The Routledge Encyclopedia of Modernism , edited by Isabel Wünsche (forthcoming).

“Nostalgia for the Future: Proleptic Representation in Adolf Hitler’s Collection of
Contemporary German Art,” (in progress).

“The Wehrmacht’s Combat Artists and Official Modernism in Nazi Germany,” (in progress).

“The Munich Secession and the Arts Establishment in Nazi Germany,” (in progress).

“Carlyle’s Critique of Goethe: Literature and the Cult of Personality,” Studies in Scottish Literature, Vol. XXIX (1996): 205-226.

“German Paradigms and American Cultural Institutions: The Mediation of German Literature in New England,”The European Legacy, Vol. I, No. 3 (1996): 1064-1070. 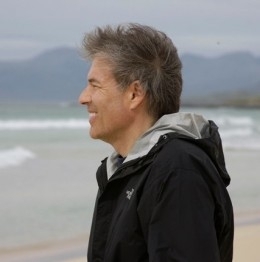