Granville Ganter graduated from the City University of New York in 1998 and joined the faculty at St. John’s. His research focuses on oratory, rhetoric, and performance from the colonial period through the Civil War. He frequently teaches courses on African American and Native American literary traditions, as well as surveys of the major writers of the colonial, early national, and Transcendental eras. He is the editor of The Collected Speeches of Sagoyewatha, or Red Jacket (Syracuse UP), and won an award for the 2004 best essay in African American Review, “He Made Us Laugh Some: Frederick Douglass’s Humor.” He has been awarded fellowships at the American Antiquarian Society and the New York Historical Society. He is an advisor for the department’s student-run journal, the St. John’s Humanities Review.

Chair. Gaming, Gambling, and Wagering in the Atlantic World. Biennial Conference of the Society of Early Americanists (SEA). Bermuda. Mar 6, 2009.

Chair and Respondent. Mediating Gender: What Happens When Newspaper Media Look at Women, 1829-1975. Annual Conference of the Organization of American Historians (OAH). Mar 28, 2008.

Race and Nation for the Haudenosaunee in the Age of Handsome Lake Prophetstown Revisited: A Summit on Early Native American Studies. Purdue University. April 4, 2008.

Invitational Lecture: Is It Oratory?: Womens Public Speech before 1848. Conference of the American Antiquarian Society. June 11, 2005.

Chair and organizer. Punishment and Feeling in the Memoirs of Stephen Burroughs. Paper on The Burronites Hay-Mow Sermon. Society of Early Americanists (SEA). Providence, RI. April 12, 2003.

A New Leviathan: Coopers View of 1757 Panel on the French and Indian War. Conference of the Society of Early Americanists (SEA). Norfolk, VA. March 7, 2001

We Are No More We Are Forever: Little Tree and the Klan. Panel on The Lost Cause. Twentieth-Century Conference. University of Louisville, KY.  February 23, 2001.

Battles of Rhetoric: Oratory and Identity in Coopers The Last of the Mohicans.Cooper Society Panel. American Literature Association (ALA). Baltimore, MD May 24, 1997.

Emerson and the Transformation of the Postmillennial Citizen. Undisciplined: A Conference at the CUNY Graduate Center. April 22, 1996.

Cornel West and How Intellectuals Matter.  The Role of the Intellectual Conference, City University of New York, November 12, 1993

Paul Maas, Sigmund Freud, and the Systematized Follies of The Crying of Lot 49.  Twentieth- Century Conference, University of Louisville. February 26, 1993.

"No Apology for the Show: Performance and Oratorical Self-Creation in Obama, Douglass, and Ellison" Race and Identity in Barack Obama's Dreams from My Father: A Collection of Critical Essays. Ed. Michael  A. Zeitler and Charlene Evans. Edwin Mellen Press, 2011. 16-28.
<http://facpub.stjohns.edu/~ganterg/obama-ganter.pdf>

with Hani Sarji, "'May We Put Forth Our Leaves': Rhetoric in the School Journal of Mary Ware Allen, a Student of Margaret Fullers from 1837-8."  Proceedings of the American Antiquarian Society 117.1 (2007): 61-142.
<http://facpub.stjohns.edu/~ganterg/ganter-marywareallen.pdf>

You Are a Cunning People Without Sincerity: Sagoyewatha and the Trials of Community Representation. Native American Speakers of the Eastern Woodlands: Selected Speeches and Critical Analyses Ed. Barbara Mann. Westport: Greenwood Press, 2001. 165-195.

Battles of Rhetoric: Oratory and Identity in The Last of the Mohicans. James Fenimore Cooper Society Miscellaneous Papers  9 (Aug 1997): 7-14.

Voices of Instruction: Oratory and Discipline in Coopers The Last of the Mohicans and The Redskins. James Fenimore Cooper: His Country and His Art; Papers of the 1997 James Fenimore Cooper Symposium. Oneonta: SUNY Oneonta, 1999.  47-53.
<http://facpub.stjohns.edu/~ganterg/voices-cooper.pdf>

Rev. of The Aesthetics and Politics of the Crowd in American Literature by Mary Esteve.Cambridge: Cambridge UP, 2003. The St. Johns Humanities Review 1.3 (Fall 2003)
<http://stjenglish.com/wp-content/uploads/The-Aesthetics-and-Politics-of-the-Crowd-in-American-Literature.pdf>

2007  NEH Summer Seminar Fellow, "The American Indian and Ethnohistory" Project: "Sagoyewatha as a Traditional Speaker of the Haudenosaunee."

2004  Darwin Turner Award for Best Essay in African American Review, 2003-4. "'He Made Us Laugh Some': Frederick Douglass's Humor." 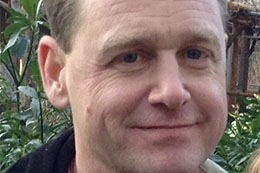