The genetic information of an organism is stored in genes, the functional units of the genome that are encoded in the DNA of that organism. This information is transcribed from DNA into messenger RNA (mRNA) and then translated into proteins. In eukaryotes, however, the noncoding parts of a transcript — called introns —  need to be excised and the coding parts — called exons — need to be joined together to produce a mature mRNA. This trimming process is called splicing, and it is regulated by proteins called splicing factors that bind to specific regulatory sequences on the precursor mRNA. Splicing of the same transcript in different ways is referred to as alternative splicing, and alternative splicing allows a single gene to code for many proteins, thus generating complexity in organisms, as well as tissue and cell specificity. That is, how to generate a nerve cell and a muscle cell starting from the same set of genes.

The sequencing of the human genome revealed that humans have about the same number of genes as less complex organisms such as worms and flies and that, unexpectedly, the number of genes does not correlate with organismal complexity. To generate organismal complexity, it is not the amount of information of a genome that matters, but rather its functional information capacity: how that information is used, and how the flow of information is regulated. Alternative splicing —the inclusion or skipping of different exons in mRNA— has evolved as a versatile strategy of gene regulation, modulating the expression of various protein isoforms with distinctive new functions in different tissues and/or at different developmental times without the need to increase the number of genes and without affecting existing proteins.

The central nervous system comprises the tissues and cells with the highest rate of alternative splicing in the body, and RNA-binding proteins play a major functional role in neurons in both normal conditions and in disease. To better understand the contribution of RNA processing to nerve cell biology, and to help elucidate the function that RNA processing regulators play in neuron physiology and neurologic disorders it is necessary to identify which RNA-binding proteins are involved in these biological pathways, and to characterize how they work at the molecular level.

This work is funded by a grant from the National Institutes of Health. 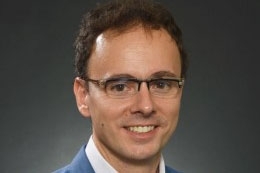