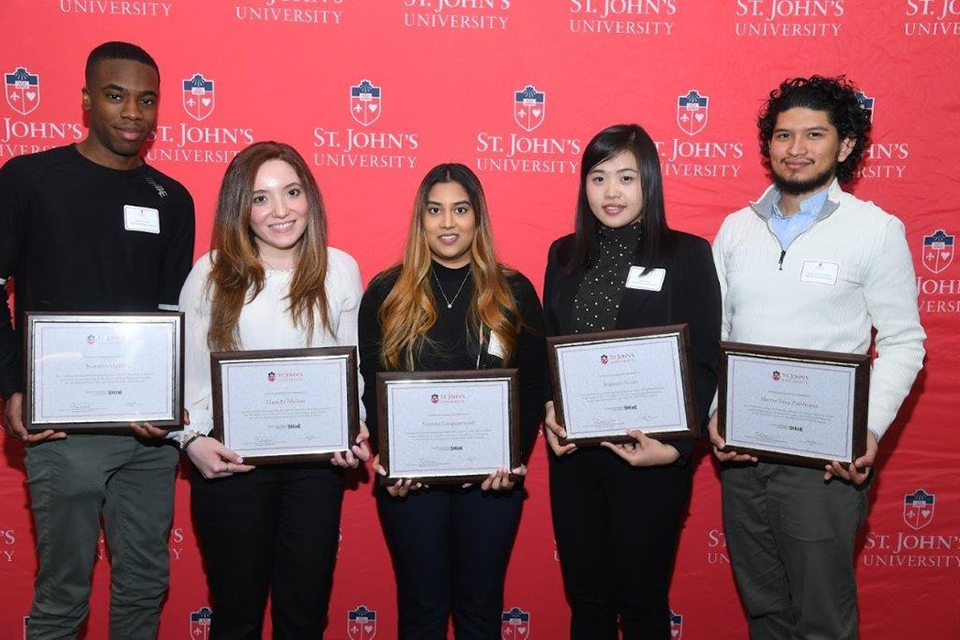 Eighty invited guests—including student worker honorees, their supervisors and managers, and University leaders—attended the University’s fifth annual Students Honored in Employment (SHinE) awards luncheon and ceremony hosted by the Office of Human Resources on April 2. The event marks the culmination of an intensive nomination and selection process recognizing excellence in student employment.

This year, supervisors submitted 56 student worker nominations; they were evaluated and ranked against the SHinE committee guidelines and student worker core competencies by a broad-based and representative selection committee. Twenty-six nominations advanced to the semifinal review round, and five were selected for the SHinE award.

Ms. Llewellyn commended the 21 semifinalists and five award recipients for their outstanding work and excellence. She recognized the members of the selection committee and thanked them for volunteering. She also acknowledged the crucial role of supervisors and managers in the lives of St. John’s students, calling them “an important part of our promise to ensure student success.”

Nominations for next year’s SHinE award will open in January 2020.