Professor Movsesian is the Frederick A. Whitney Professor of Contract Law and the Director of the Center for Law and Religion. He writes in law and religion, contracts and international and comparative law; his articles have appeared in the Harvard, North Carolina, and Washington & Lee Law Reviews, the Oxford Journal of Law and Religion, the American Journal of International Law, the Harvard International Law Journal, the Harvard Journal of Law and Public Policy, the Virginia Journal of International Law, and many others. He has been a visiting professor at Notre Dame and Cardozo Law Schools and has delivered papers at numerous workshops in the United States and Europe. He teaches offerings in contracts, comparative law and law and religion.

Professor Movsesian blogs regularly at the Law and Religion Forum, First Things, and the Library of Law and Liberty, and co-hosts the Legal Spirits podcast series.

Samuel A. Alito, in  THE JUSTICES OF THE UNITED STATES SUPREME COURT: THEIR LIVES AND MAJOR OPINIONS (Leon Friedman & Fred I. Israel eds.) (revised ed. 2013)

Crosses and Culture: State-Sponsored Religious Displays in the US and Europe, 1 Oxford Journal of Law and Religion 338 (2012)

Morningside Institute, Panelist, "Church-State Relations in a Time of Scandal" (2019)

George Mason University Law School, Center for the Study of the Administrative State, The Future of Religious Freedom (2018)

Archons of the Ecumenical Patriarchate, Third International Conference on Religious Freedom (Washington) (2017), Panelist, “The History of the Christian Church” 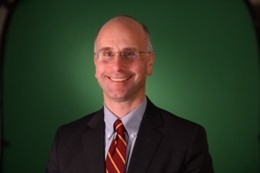