Matthew DiGiuseppe, Ph.D. ‘04C, ‘06G, now an Assistant Professor of International Relations at the University of Leiden in the Netherlands, received a € 1.5 million research grant from the European Research Council (ERC). The grant will fund Dr. DiGiuseppe’s research on voters’ attitudes about government debt and the policy implications of those attitudes. 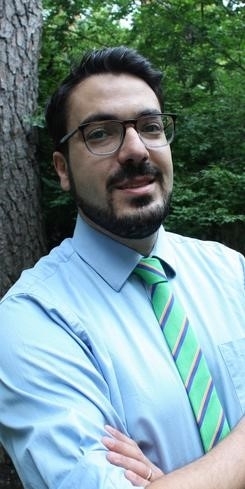 ERC is a public body for funding of scientific and technological research conducted within the European Union. The award of a grant from ERC is among the most prestigious funding a researcher can receive.

As a result of the grant award, Dr. DiGiuseppe will be able to fund a postdoctoral fellow and two doctoral students to assist with his research over the next five years. His research team will conduct representative survey experiments to gauge attitudes toward debt reduction in Brazil, Italy, and Japan. Dr. DiGiuseppe chose these countries as examples because of their varying levels of national debt. He will also attend bond trader conferences to identify important factors in attitudes about debt. The goal of Dr. DiGiuseppe’s research is to find the micro-foundations of debt crises and understand citizens’ preferences toward them that establish the fiscal foundation of governance.

Dr. DiGiuseppe received a Bachelor of Science in Communication Arts and a Master of Arts in Government and Politics from St. John’s University. As an undergraduate, he wanted to pursue a career in the music industry, but became more politically aware after the terrorist attacks on September 11, 2001. He began taking courses in Government and Politics, sparking his further interest in political economy, which he studied at both the master’s and doctoral levels.

Dr. DiGiuseppe’s Ph.D. in Political Science is from Binghamton University. From 2012-2018, he taught as an Assistant Professor at the University of Mississippi.