Board of Trustees Elects Chair 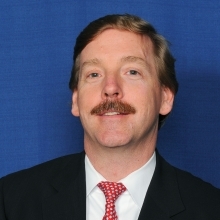 “Bill Janetschek’s journey from student to alumnus, from generous benefactor to Trustee, and from Finance Committee Chair to Board Chair, is a testimony to his lifelong commitment to St. John’s,” said Dr. Gempesaw. “I look forward to working with Bill, and our talented and dedicated Trustees, to continue the Catholic and Vincentian mission of providing quality, affordable education and ensuring student success.”

Mr. Janetschek joined the St. John’s University Board of Trustees in 2012, and served as the Chair of the Resource Management and Partnerships Committee and Finance Committee. He has also served on the Executive/Strategy, Personnel, Audit, and Fiscal Resource Management Committees. He received an honorary Doctor of Commercial Science degree from St. John’s in 2017, as well as the Spirit of Service Award in 2011.

Mr. Janetschek is actively involved in the community, serving as a sponsor and member of a variety of nonprofit organizations, including Student Sponsor Partners and St. Brigid Catholic Church in Westbury, NY. Having worked full-time while completing his education, he places special emphasis on providing financial opportunities to young people and families burdened by hardship. Mr. Janetschek supports a variety of scholarship programs to advance Catholic education and make it possible for young people to attend Catholic high schools and colleges.

New Board of Trustees Member Elected 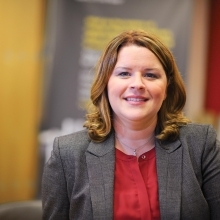 St. John’s University elected Catherine M. Verrelli ’00TCB, ’01MS to its Board of Trustees in May.

Ms. Verrelli earned a Bachelor of Science and a Master of Science degree, both in Accounting, from The Peter J. Tobin College of Business at St. John’s.

She is a Tax Partner at Ernst & Young (EY), LLP, within the firm’s Global Compliance and Reporting Practice in Jericho, NY, and is also the Office Managing Partner. Ms. Verrelli has been with the firm for more than 18 years and primarily serves multinational clients in the manufacturing, consumer products, and technology industries, coordinating all aspects of tax services. She has extensive experience with US corporate tax compliance and reporting.

Prior to her selection to the Board of Trustees, Ms. Verrelli served on the University’s Board of Governors from 2016 to 2019. She is a member of The Loughlin Society, St. John’s leadership giving society, and the President’s Dinner Committee, which she joined in 2014. She was also a panelist at St. John’s Women in Leadership event in 2014.

Ms. Verrelli is actively involved in campus recruiting at St. John’s, as well as with EY’s diversity and inclusiveness efforts. She has served on the Northeast Diversity and Inclusiveness Counsel in the Jericho office. 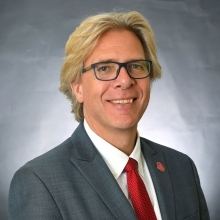 Dr. Møller joined the faculty of St. John’s in 2011 as a Professor in the Department of Biological Sciences; two years later, he was appointed the department’s Graduate Director. In 2014, he became Vice Provost for Graduate Education and Research, and the following year he assumed the role of Senior Vice Provost. Since last year, he has served as Interim Provost and Vice President for Academic Affairs.

After eight years at St. John’s, Dr. Møller is confident he has found a home. Originally from Norway, and trained as a plant molecular biologist and subsequently as a neurobiologist, his academic career has taken him from his home country to the United Kingdom and eventually to New York City. One of his first professional accomplishments at St. John’s was securing a $900,000 research grant from the Research Council of Norway, which supported his research on identifying mechanisms involved in the onset of Parkinson's disease.

“This really is a special place,” Dr. Møller stressed. “I think when you believe in what St. John's really stands for, what we do every day, and its mission, it makes it more than a job.” 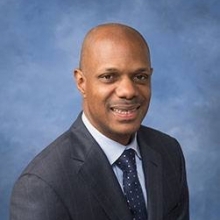 David Bell, Ed.D., assumed the role of Dean of The School of Education at St. John’s University on August 1.

Dr. Bell previously served as Associate Dean for Curriculum and Accreditation in the College of Education and Social Work at West Chester University, Pennsylvania. In that role,
Dr. Bell oversaw academic program and curricular development, assessment, faculty development, and accreditation. Prior to joining West Chester University, Dr. Bell was Associate Professor and Associate Dean at Saint Xavier University in Chicago, IL, where he served as the accreditation coordinator and facilitated the implementation of the School of Education’s assessment system, in addition to other responsibilities.

“We are very excited to welcome Dr. Bell as the new Dean of The School of Education,” said Simon G. Møller, Ph.D., Provost and Vice President for Academic Affairs. “I am confident that Dr. Bell brings outstanding leadership skills to The School of Education in many critical areas, including strategic academic program development, student enrollment, faculty development, assessment, accreditation, and external outreach.”

Examples of Dr. Bell’s many accomplishments include the development of a pre-first-year bridge program, a junior faculty development mentoring program, a community-based principal preparation residency program, and urban high school partnerships to serve minority students. He has also served as an Instructional Leader for the Illinois State Board of Education, as an Illinois State Regional Evaluator for Chicago Public Schools, and as a Lead Coach for the implementation of the Illinois Response to Intervention at schools within the Archdiocese of Chicago.

“My desire to come to St. John’s University is two-fold,” Dr. Bell said. “I started my career in higher education in a faith-based institution, and I believe that being faith-based is an essential quality at a college or university to provide a solid foundation for students to grow and develop in our complex world. In addition, St. John’s serves a widely diverse community and that immediately felt like home to me. I was born and raised in Chicago, and it was really important to me to be part of an institution that serves a diverse community with a high level of fidelity and accountability.”

The dean earned his B.S. in Finance from the University of Illinois Urbana-Champaign and his M.Ed. and Ed.D. in Curriculum and Instruction from Loyola University at Chicago. As a faculty member, Dr. Bell has extensive teaching experience at the undergraduate and graduate levels. He has been awarded more than $1.6 million in external funding and has published in the field of diversity, equity and inclusion, and teacher professional development.