He Is co-author of the treatise Evidence in New York State and Federal Courts (Thomson/West), the second edition of which was published in 2011. In addition to annual updates for the Evidence treatise, other publications include the Practice Commentaries on the New York Civil Practice Law and Rules ("CPLR") in seventeen volumes of McKinney's Consolidated Laws of New York Annotated, also with annual updates.   His writings have been cited by the U.S. Supreme Court on two occasions (Swidler & Berlin v. United States (1998); and Shady Grove Orthopedic Associates, P.A. v. Allstate Insurance Co. (2010)). He was a frequent lecturer for judges and bar groups on the topics of evidence and civil procedure, including the 2006 U.S. Judicial Conference of the Second Circuit; the 2005 and 2006 Winter Bench and Bar Conferences of the Federal Bar Council; the 2010 Annual Meeting of the New York State Bar Association; the 2015 New York Judicial Institute on Complex Commercial Litigation; and the 2012 and 2016 Joint Seminars of the Appellate Division of New York.  In March 2013, he participated in a symposium on the fiftieth anniversary of the CPLR for the Institute of Judicial Administration of New York University School of Law.  His remarks at that event appear as an article, "The CPLR at Fifty:  A View from Academia," 16 N.Y.U. J. Legis. & Pub. Policy 664 (2013).

Professor Alexander is a continuing member of the Advisory Committee on Civil Practice to the Chief Administrative Judge of the State of New York. He has also served as a member of the New York City Mayor's Advisory Committee on the Judiciary and the Continuing Legal Education Board of the State of New York. He served as Interim Dean of the School of Law during the 1999-2000 academic year. The students of the Law School named him "Professor of the Year" on nine occasions.  For over 25 years, Professor Alexander was a national lecturer on Evidence for BAR BRI Bar Review.  He and his wife Anne, also a St. John's law graduate, are the donors of the Alexander-Dillon Fire, Police and Military Scholarship, which provides scholarship assistance to St. John's law students who are veterans of, or whose parents are veterans of, the FDNY, NYPD or U.S. military. He was awarded the President's Medal of St. John's University in 2000; the St. John's Law Alumni Association's 2007 Dean John J. Murphy Award for Distinguished Service to the Public, the Profession and the Rule of Law; in 2010, the University’s Pietas Medal “in celebration of his exemplary career and loyalty to alma mater;” and he received the Law School's Lifetime Acheivement Award in 2018.  Also in 2018, the New York State Bar Association's Torts, Insurance and Compensation Section and its Trial Lawyers Section bestowed a joint award for Professor Alexander's Outstanding Contributions to the Profession.

Principal author of "Civil RICO Case Statements," a report of the Federal Procedures Committee of the Commercial and Federal Litigation Section of the New York State Bar Association, reprinted in full in the May 5, 1990 release of the CCH RICO Business Disputes Guide.

Editor, 1985 - 2004, Second Circuit Redbook, a handbook on personnel and procedures in the U.S. Courts in the Second Judicial Circuit (published by the Federal Bar Council).

Editor, Second Circuit Digest, a monthly publication of the Federal Bar Council, highlighting the principal opinions of the United States Court of Appeals for the Second Circuit (1982 - 1986).

Editor, One on One, a quarterly publication of the General Practice Section of the New York State Bar AssociatPanelist, "The CPLR at Fifty: Its Past, Present and Future," Institute of Judicial Administration, New York University School of Law, March 12, 2013.ion (1985 - 1988).

Panelist, "The CPLR at Fifty: Its Past, Present and Future," Institute of Judicial Administration, New York University School of Law, March 12, 2013.

Evidence Update at the 2012 Joint Seminar of the Appellate Divisions for the First and Second Judicial Departments of New York.

Panelist, "He Said, She Said: Getting Hearsay Right in Civil and Criminal Trials," Program of the Evidence Committee of the Commercial and Federal Litigation Section, Annual Meeting of the New York State Bar Association, New York City, January 2010. 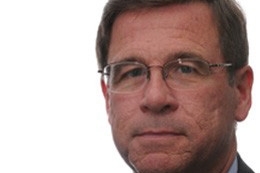