Jeff Sovern is a Professor of Law at St. John’s University in New York City where he teaches Civil Procedure, Consumer Protection, Payment Systems, and Introduction to Law. The New York Times has called him "an expert in consumer law," a statement echoed by the Chicago Tribune, and Mother Jones, while Congressional Quarterly’s Roll Call has described him as a “leading figure in consumer financial law.” He is a Fellow of the American College of Consumer Financial Services Lawyers. The American Council on Consumer Interests awarded him its Russell A. Dixon Prize in 2002 and its 2010 Applied Consumer Economics Award.

Professor Sovern also writes for law students. He co-authored a casebook titled Consumer Law: Cases and Materials (5th ed. 2020 West) with Professors Dee Pridgen and Christopher Peterson, with whom he also co-edited Selected Consumer Statutes (2007, 2009, 2011, 2013, 2015 and 2020 editions). He previously co-authored the third and fourth editions of the casebook.

The federal Department of Education relied in part on an article Professor Sovern co-authored when it issued its 2016 student loan regulations barring the use of pre-dispute arbitration clauses. His writings have been cited more than one thousand times. One of his articles was listed in Martha Minow’s Archetypal Legal Scholarship: A Field Guide, 63 J. Legal Education 65 (2013) as an example of archetypal policy analysis.

Sovern has spoken at the Pound Civil Justice Institute's Forum for State Appellate Court Judges, Georgetown Law School, the Consumer Law Scholars Conference at the Berkeley Center for Consumer Law and Economic Justice at the University of California—Berkeley Law School (four times),  the University of California-Irvine (twice), the Conference of the American Association of Law Schools (twice), the National Consumer Law Center’s Consumer Rights Litigation Conference, the University of Houston's Conference on Teaching Consumer Law (multiple times), the Practicing Law Institute's Consumer Financial Services Institute (three times), the Summer Judicial Seminar for New York State Judges, the Annual Conference of the American Council on Consumer Interests (three times), the Annual Conference of the International Association of Consumer Law, Rutgers Law School (twice), the Public Citizen/American Constitution Society Convening on Access to Justice Issues, Hofstra Law School, the New York City Consumer Advocates Task Force, the New York City Consumer Debt Working Conference, and the Privacy Law Scholars Conference, among other events.  He has also spoken at webinars conducted by the American Bar Association and the Ballard Spahr law firm. Professor Sovern has served as Reporter to the Eastern District Discovery Oversight Committee and on committees of the American and New York State Bar Associations and the Association of the Bar of the City of New York.

Before joining the law faculty, Professor Sovern served as a law clerk to Judge Frank A. Kaufman of the United States District Court for the District of Maryland and practiced law in the litigation department of a major New York City law firm.  He holds A.B. and J.D. degrees from Columbia University.

Despite all this, he still gets stuck taking out the garbage a lot at home.

Written Notice of Cooling-Off Periods: A Forty-Year Natural Experiment in Illusory Consumer Protection And The Relative Effectiveness of Oral And Written Disclosures, 75 U. Pitt. L. Rev. 333 (2014).

The Coase Theorem and the Power to Increase Transaction Costs, 40 McGeorge Law Review 935 (2009)

Creating a Private Cause of Action under the New York Fair Debt Collection PracticesAct, 50 Record 345 (1995) (Principal Author of Committee Report)

Toward a Theory of Warranties in Sales of New Homes: Housing the Implied Warranty Advocates, Law and Economics Mavens, and Consumer Psychologists Under One Roof,1993 Wisconsin Law Review 13-103

Paradigm and Paradox in New York Consumer Credit Law: After Holder in Due Course, 6 Annual Review of Banking Law 119-180 (1987)

Report of the Discovery Oversight Committee of the United States District Court for the Eastern District of New York , reprinted in 2 Garfinkel, Current Problems in Federal Civil Practice 495-636 (1986) (with others)

Enjoining Payment on a Letter of Credit in Bankruptcy: A Tempest in a Twistcap,38 Business Lawyer 21-33 (1982) (with Helen Davis Chaitman)

Op-Eds and Other Media Appearance

Placing Consumers at the Forefront of Relief Efforts, The American Prospect, April 5, 2020 (with Norman I. Silber)

Congress is considering privacy legislation – be afraid. The Conversation, May 16, 2019

Why the ABA is Wrong on Amending Debt Collection Bill, Bloomberg Law, December 6, 2018 (with Gina Calabrese)

Mick Mulvaney turned the CFPB into a do-nothing government cog, The Conversation, June 29, 2018

Why we need to save the Consumer Financial Protection Bureau (with Gina Calabrese and Ann Goldweber), The Conversation, November 15, 2017, republished in the San Francisco Chronicle,   CNBC.com, and the New York Observer, and chosen for inclusion in Former Vice-President Joe Biden’s podcast, Biden’s Briefing

How This New Rule Prevents Your Bank from Ripping You Off, Fortune.com, July 13, 2017

Would Wells scandal have come to light with a defanged CFPB?, American Banker, May 25, 2017

What Can We Learn from Trump University's Sales Script, The Hill, July 8, 2016

When Consumers Give Up Their Right to Trial in Financial Disputes, NY Times Dealbook, January 30, 2015

Consumer contracts should not be secrets (with Theresa Amato), The Hill Congress Blog, March 18, 2014

Consumer Protection is a Partisan Issue, The American Banker, October 24, 2012

Romney Will Put Business Before Consumers, The Hill, October 9, 2012

Laptops in class: How distracting are they? Christian Science Monitor, June 6, 2011 reprinted in Yahoonews.com and the Alaska Dispatch

Warren would protect consumers, not the banks, The Hill Congress Blog, July 28, 2010

The Importance of CFPA Independence, The Hill (online only), March 15, 2010

Adjustable Mortgage a Pig in a Poke, Pittsburgh Post-Gazette, January 24, 2010

Borrowers Must Understand Their Obligations, American Banker, May 13, 2009

"Truth In Lending" Needs to be Updated, Pittsburgh Post-Gazette, December 16, 2008

Consumer Lists Are Not So Innocent If You Can't Opt Out, Christian Science Monitor, July 20, 2007

Could a Consumer Financial Protection Agency Have Prevented the Economic Crisis, on FinReg21

A Tale of Two Banksters, on New Deal 2.0 Blog

Advice to Newly Widowed Fathers of Young Children, reprinted on the web sites of parentsworld.com and singleparents.about.com.

Six Scandals: Why We Need Consumer Protection Laws Instead of Just Markets, Consumer Law Scholars Conference at the Berkeley Center for Consumer Law and Economic Justice at the University of California—Berkeley Law School (March 5, 2021)

Discussant and Facilitator, Second Consumer Law Scholars Conference at the Berkeley Center for Consumer Law and Economic Justice at the University of California—Berkeley Law School (March 5 & 6, 2020)

Discussant and Facilitator, First Consumer Law Scholars Conference at the Berkeley Center for Consumer Law and Economic Justice at the University of California—Berkeley Law School (February 21 & 22, 2019)

The CFPB Under the trump Administration: Where is it now and where is it going? Practising Law Institute's Annual Consumer Financial Services Institute (March 26, 2018)

What We Know and Don’t Know About Consumer Arbitration, University of California Irvine Law School's Civil Justice Institute Symposium on Practitioners and Scholars in Dialogue: What Do We Know About the Civil Justice System (April 28, 2017)

Increasing the Prominence of Consumer Law and Influencing Policy, University of Houston Law Center Conference on Teaching Consumer Law (May 30, 2014)

Why the Truth in Lending Act Disclosures Prescribed by the Fed Failed to Prevent the Subprime Crisis, Association of American Law Schools’ Annual Meeting (2010)

Teaching Consumer Law: The Who, What, Where, Why, When, and How presented by the Center for Consumer Law at the University of Houston Law Center (2008)

Teaching Consumer Law: The Past, Present and Future of Consumer Law presented by the Center for Consumer Law at the University of Houston Law Center (2006) 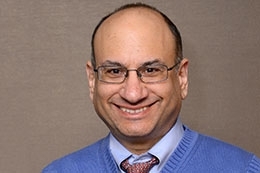