Professor Chiu is a member of the full-time faculty as well as Faculty Director of The Ronald H. Brown Center of Civil Rights. She is a respected scholar who has written about some of the most difficult issues in contemporary criminal justice. Her articles have examined domestic violence laws, the intersection of cultural beliefs and criminal liability, and the continuing struggle to deal with drug addiction in the war on drugs. Her current projects include articles about child brides in the United States, infantile male circumcision and a proposal to bring greater access to information about restraining orders and histories of abuse and violence based on the existing access we have to credit reports and credit histories.

In her work with The Center, Professor Chiu focuses on diversity and equality. The Center advances legal scholarship through the symposium issues and students notes of its Journal of Civil Rights and Economic Development. The Center also works closely with law students on issues of racial, social and economic injustice through its Ron Brown Scholars program and the Coalition for Social Justice. Finally, the Center proudly runs the country’s best law school pipeline program for college students of disadvantaged backgrounds from across the country every summer.

Until her appointment to the Center, Professor Chiu was the chairperson of the Planning Committee of the Northeast People of Color Legal Scholarship Conference.  This is an annual event that gathers legal academics of color from across the country to discuss issues and topics of importance to communities of color. It is also a critical source of support for law professors of color in the different stages of their careers. She led this event from 2007 to 2013.

Prior to coming to St. John's, Professor Chiu was a Research Fellow at Columbia University School of Law from 2000-2001 and a Climenko-Thayer Teaching Fellow at Harvard Law School from 1999-2000. From 1994 to 1998, she was an Assistant District Attorney in Manhattan in the Trial Division where she specialized in both domestic violence and welfare fraud cases. Professor Chiu also taught as an Adjunct Professor at Yeshiva University's Cardozo Law School as part of their legal writing and research faculty from 1998-1999.

That Guy's A Batterer!: A Scarlet Letter Approach to Domestic Violence in the Information Age, 44 Fam. L.Q. 255 (2010).  I return to my roots in domestic violence scholarship and policymaking with this article.  It proposes a new idea that does not simply react to domestic violence but rather seeks to preempt it.  The tool of preemption is a publicly accessible domestic violence registry.  In this age of Facebook, Twitter and Google, this registry would enable private individuals to make better informed intimate choices and would decrease the perpetration of violence against women.  Our current approach to domestic violence is predominantly reactive and preserves a dangerous level of anonymity for batterers and in particular, for serial batterers.

The Culture Differential in Parental Autonomy, 41 U.C. Davis L. Rev. 101 (2008).  The challenge of diversity is felt when the composition of the American populace is changing, but the laws governing the populace are not. When the laws of a community reflect only one culture while many of its members are from other cultures, conflict is inevitable and intense. This conflict arises in numerous legal contexts but when the conflict occurs in criminal laws regulating the parent-child relationship, the consequences are tremendous. In this Article, I claim that the parental practices and decisions of parents from minority cultures are scrutinized, regulated and punished to a greater degree than the practices and decisions of parents from the dominant culture. To support this claim, I critique the criminalization of female genital surgeries in the US and contrast this aggressive legal stance with the utter lack of regulation in cosmetic surgery for adolescents and the administration of growth hormones for non-medical reasons.

Culture as Justification, Not Excuse, 43 American Crim. L. Rev. 1317 (2006).  This article adovcates a new perspective in the debate on cultural defenses.  It proposes that the criminal law allow defendants to introduce new justification defenses based on the values and practices of their minority cultures.  Often such defendants commit harmful acts not because they are mentally disturbed or acting involuntarily; rather they do so because they believe that their acts are righteous or justified.  While they are free to accoommodate or reject these beliefs of defendants, decisionmakers in the criminal law should honestly recognize these claims of justification instead of engaging in the legal fiction of excuse.

Culture in Our Midst, 17 U. Fl. J. L. & Pub. Pol’y 231 (Summer 2006)
This article describes how the substantive criminal law is infused with the values and practices of the dominant Anglo-American culture. This is particularly true of justification defenses. There is no doctrinal space for the values and beliefs of minority cultures. A recognition of these truths is a critical first step in crafting a more fair and equitable criminal law for the multicultural communities in which we now live.

The Role of Motive in the Criminal Law, 8 Buff. Crim. L. Rev. 653 (2005)
This article builds on recent discussions among criminal law scholars on the role that motive should play in the criminal law. It advocates for greater consideration of a defendant’s motive in all critical decisions of the criminal justice process and offers concrete guidelines.

Parental Liability for Child Marriages: The US Story, (panelist in The Clothesline Project , an annual event dedicated to eradicating violence against women at St. John’s University, April 2010)

Is Obama the Beginning of A Post Racial Era?, (panelist at Teachers College, Columbia University, January 2009)

That Guy’s A Batterer: A Public Approach to Domestic Violence in the Information Age(moderator and panelist at The Inaugural Annual Midwest Family Law Conference at Indiana University School of Law, June 2008)

That Guy’s A Batterer: A Public Approach to Domestic Violence in the Information Age(work in progress presenter at Emerging Family Law Scholars and Teachers Conference 2008 at Cardozo School of Law, June 2008)

That Guy’s A Batterer: A Public Approach to Domestic Violence in the Information Age(presenter at CUNY School of Law Faculty Colloquia, March 2008)

Culture & Religion A Fair Comparison? (panel chairperson & panelist at 11th Annual Conference & Annual Meeting of Association for the Study of Law, Culture & the Humanities at San Francisco State University / The University of California at Berkeley, March 2008)

That Guy’s A Batterer: A Public Approach to Domestic Violence (panelist at LatCrit XII at Florida International University College of Law, October 2007)

Fighting Domestic Violence as a Minority Woman(panelist on panel entitled "The Intersectin of Race, Culture, Religion and Ethnicity” at Brooklyn Law School, October 2006)

The Culture Differential in Parental Autonomy (work in progress presentation at LatCrit XI at William S. Boyd School of Law at UNLV, October 2006)

Multiculturalism and the Substantive Criminal Law, (panelist on panel entitled “Multicultural Perspectives on Gender, Race, and Crime in post-9/ll America" organized by the ABA Commission on Racial and Ethnic Diversity for the ABA Annual Meeting in Honolulu, August 2006)

Multiculturalism and the Criminal Law, (chair of panel and presenter at 8th Annual Meeting of the Association for the Study of Law, Culture and Humanities at Syracuse University School of Law, March 2006)

Culture As Justification, Not Excuse (panelist at Culture & Crime Symposium at University of Florida School of Law sponsored by the ABA Commission on Racial and Ethnic Diversity, April 2005)

The Cultural Defense and the Criminal Law (panelist at National People of Color Conference at George Washington University School of Law, October 2004)

The Challenge of Motive in the Criminal Law (workshop at Northeast People of Color Legal Scholarship Conference at University of Connecticut School of Law, April 2004) 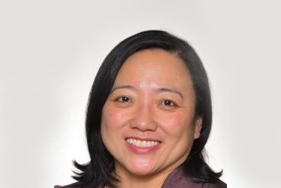