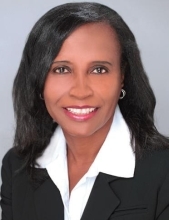 Ms. Mason has over 30 years of legal, corporate, and management experience with core capabilities across several platforms including (i) public sector agency management, (ii) corporate governance, and (iii) policy and strategic planning.

In 2016, Ms. Mason returned to the Bronx District Attorney’s Office as a member of the executive team. She was appointed Chief of Staff and served as a key policy advisor to the District Attorney until 2020. Ms. Mason managed day to day administrative functions for an office of approximately 500 support staff members and 500 attorneys. In that capacity, her responsibilities included: Human Resources, Communications, EEO & Career Counseling, Workplace Violence, Community & External Affairs, Detective Investigators, and Professional Development.  She was also responsible for staffing initiatives, strategic planning, and policy related matters.

Ms. Mason started her career as a line Assistant District Attorney in 1982, in the following Bureaus: Criminal Court, Supreme Court, Major Offense, and Homicide. She was later promoted to Supervisor and Deputy Bureau Chief. The Bronx District Attorney’s Office is among the largest prosecutorial agencies in the nation, serving over 1.4 million people.

Before returning to the Bronx District Attorney’s office, Ms. Mason was a partner at BahnMulter LLP where she was responsible for business development. Before joining the firm, she was Vice President of Health Policy for Novartis Pharmaceuticals Corporation.  In this role, she advanced legislative proposals and drug related polices for strategic planning, forecasting, and budgeting.

Prior to this role, Ms. Mason was appointed Chief of Staff to the late Delaware Attorney General Joseph R. “Beau” Biden III.  Before joining the Delaware Department of Justice, Ms. Mason served as Vice President for the Homeland Security Division of Systems Applications and Technology (SA-TECH), a professional services firm that provided logistics and engineering support to a public sector client base. Ms. Mason provided oversight to a nationwide team of background investigators assisting in the U.S. security clearance process.

Before this assignment, Ms. Mason was appointed Executive Vice President at MBNA America Bank, N.A. (since acquired by Bank of America) where she held positions in executive recruitment; personnel reporting; compliance; and government affairs. Ms. Mason was involved in MBNA’s efforts to increase diversity and inclusion.  Preceding her career with MBNA, Ms. Mason was appointed New York City’s 110th Sheriff, becoming the first woman in New York State to serve as the Chief Civil Law Enforcement Officer of five counties.

Ms. Mason graduated from St. John’s University with a Bachelor of Science Degree and received her Juris Doctor degree from Howard University School of Law.  She was awarded the degree of LL.D (Honorary Doctor of Laws) from St. John’s University in 2002.  Ms. Mason completed the “Forces of Change: New Strategies for the Health Care Marketplace” course at the Harvard School of Public Health.  She also completed the Novartis Leadership Program (global) and the MBNA America Executive Program.

Ms. Mason is passionate about education and mentorship.  The St. John’s University Board of Trustees elected Ms. Mason as a Trustees in 2005. She served as Secretary and was a member of the Executive Committee. In 2017, she became a Trustee Emeritus. She has been active in community and professional organizations including: Delaware Humanities Forum; Special Olympics; Order of Kentucky Colonels; University of Delaware Paul R. Jones Museum Collection Committee; United Way and numerous Bar Associations.  She is a founding member and past President and Board Chair of the Black Bar Association of Bronx County.  She was appointed to NYS Bar Association committees and served as the Secretary to the Network of Bar Leaders.