Rosemary Salomone, the Kenneth Wang Professor of Law, teaches Constitutional Law, Administrative Law, and seminars on Comparative Equality and Anti-Discrimination Law, and Children and the Law. In past years she has served as Associate Academic Dean and Director of the Center for Law and Public Policy. She is a Senior Fellow of the University’s Vincentian Center for Church and Society and a member of the University CRS Global Campus Committee.

Prior to St. John's, Professor Salomone was an Associate Professor at the Harvard Graduate School of Education where she taught education law, school finance, and language policy and was a lecturer in Harvard's Institute for Educational Management. She has been a recipient of numerous research and academic awards including St. John's University's highest honor, the St. Vincent de Paul Teacher-Scholar Award; the University Outstanding Faculty Achievement Award; and grants from the National Science Foundation, the U.S. Department of Education, the Spencer Foundation, and Harvard University. She has held fellowships at Columbia University School of Law and at the Soros Foundation's Open Society Institute. She is a former member of the Board of Trustees of the State University of New York where she served for ten years. She also is a former chair of the Section on Education Law of the Association of American Law Schools and of the Education and the Law Committee of the Association of the Bar of the City of New York, where she served on the Council on Children. She is an elected member of the American Law Institute and of the American Bar Foundation. She serves on the Advisory Board of the Education Law Abstracting Journal and is a member of the Study Group on Language and the United Nations; the Berkeley Center on Comparative Equality; and the Childhood, Law and Policy Network.

Professor Salomone has lectured internationally and published extensively on education law and policy and children's rights and has served as a legal consultant or expert witness in cases covering elementary, secondary, and higher education. She is the author of True American: Language, Identity, and the Education of Immigrant Children (Harvard University Press); Same, Different, Equal: Rethinking Single-Sex Schooling (Yale University Press) (selected as an "Outstanding Academic Title for 2005" by Choice Magazine); Visions of Schooling: Conscience, Community, and Common Education (Yale University Press); and Equal Education Under Law: Legal Rights and Federal Policy in the Post "Brown" Era (St. Martin's Press). Her most recent book is the Rise of English: Global Politics and the Power of Language (Oxford University Press, 2021).

The Rise of English: Global Politics and the Power of Language (Oxford University Press, 2021)

“In Pursuit of Sustainable Development: A View from the Philippines," in Language and Sustainability (PalgraveMacMillan, forthcoming)

"The Unstoppable Spread of English in the Global University," 110 International Higher Education 9 (Spring 2022)

“The Downside of English’s Dominance,” The Wall Street Journal, November 27-28, 2021, C3, adapted excerpt from The Rise of English: Global Politics and the Power of Language (Oxford University Press, 2021)

"Rights and Wrongs in the Debate over Single-Sex Schooling," 93 Boston University Law Review 101 (2013)

“Behind the Veil: Religion, Ethnicity, and Democratic Schooling in France and the U.S.,” 49 Journal of Catholic Legal Studies 68 (2010)

"Language Rights and Schooling in the Age of Transnationalism," in Proceedings of the AIDL/ALL Tenth International Conference on Language and Law, Galway, Ireland, June 2006 (2008)

“The Power of Language in the Classroom,” XIX Thought and Action 9 (Winter 2004)

“The Legality of Single-Sex Education in the United States: Sometimes ‘Equal’ Means ‘Different," in Gender in Policy and Practice: Perspectives on Single-Sex and Coeducational Schooling, ed. Amanda Datnow and Lea Hubbard (RoutledgeFalmer Press, 2002)

“The Ties That Bind: An Interdisciplinary Analysis of Gender, Ethnicity, and the Practice of Law,” 3 Virginia Journal of Social Policy and the Law 177 (1995)

“Children versus the State” in Caring for America’s Children, 37 Annals of the Academy of Political Science 182 (1989)

“Primary and Secondary Education and the Poor,” in The State and the Poor in the 1980s, ed. Mary Jo Bane and Manuel Carballo (Auburn House Publishers, 1984)

"The Inequities of English Use in Global HE Must Be Addressed," Times Higher Education, Feb. 1, 2022,  https://www.timeshighereducation.com/opinion/inequities-english-use-global-he-must-be-addressed

"The End of French?" (Views), Inside Higher Education, June 7, 2013,http://www.insidehighered.com/views/2013/06/07/essay-debate-france-over-use-english-universities

Remarks, “State Regulation of School Vouchers: The Next Round of Debate,” Connecticut Public Interest Law Journal, Symposium on the Public Education Funding “Deficit:” A Legal Analysis of Proposed Solutions (Spring 2002)

“Forging a National Agenda for a Just Society” (Commentary), Education Week, August 2, 1984 at 44

“In Search of Transformative Constitutionalism: The South African Constitutional Court and the Right to Education in the Language of One’s Choice,” Conference on Inequality in a Time of Global Crisis, sponsored by the Berkeley Center on Comparative Equality and Anti-Discrimination Law and the University of Cape Town, South Africa, July 2021

“The Ties That Bind: Is English Reshaping Identity and Belonging in Europe?” 27th International Conference of Europeanists, sponsored by the Council for European Studies, June 2022

“In Search of Transformative Constitutionalism: The South African Constitutional Court and the Right to Education in the Language of One’s Choice,” Language Policy Research Seminar Series, University of Leiden, the Netherlands, May 2021 (https://www.youtube.com/watch?v=CBgO56qGIHI&t=201s)

"Transformative Constitutionalism: Education and Linguistic Rights in South Africa," Global Summit sponsored by the International Forum on the Future of Constitutionalism, University of Texas School of Law, January 2021

"Language Rights and Migrant Education in a World Dominated by English," Seminar on Migration, Language, and Justice, Princeton University, November 2018

"Global English, Vulnerable Populations, and Educational Access: Lessons from the Courts in Three Countries," Symposium on Language, the Sustainable Development Goals, and Vulnerable Populations sponsored by the Working Group on Language and the United Nations in cooperation with the University of Hartford's Centre for Research and Documentation on World Language Problems, New York, May 2017.

“Educational Equity, SDGs, and the Commodification of English in the Global Economy,” Symposium on Language and the Sustainable Development Goals, sponsored by the Working Group on Language and the United Nations in cooperation with the University of Hartford's Centre for Research and Documentation on World Language Problems, New York, April 2016

"Europe's Multilingualism Agenda in the Face of English: Rhetoric, Reality, and Linguistic Justice," Symposium on Language and Exclusion, sponsored by the Working Group on Language and the United Nations in cooperation with the University of Harford's Centre for Research and Documentation on World Language Problems, New York, May 2015

"The Rise of Global English: The Challenges for Language Rights Across Education," Symposium on Language and Equality, sponsored by the Working Group on Language and the United Nations in cooperation with the University of Hartford's Centre for Research and Documentation on World Language Problems, New York, April 2014

"Rights and Wrongs in the Debate over Single-Sex Schooling," Conference on Evaluating Claims about "The End of Men": Legal and Other Perspectives, Boston University School of Law, October 2012 (www.bu.edu/bulawreview/symposium/evaluating-claims-about-the-end-of-men)

"The Law and Politics of Single-Sex Schooling: Lessons from the United States," Bilbao and Madrid, Spain, March 2012

"Behind the Veil: Religion, Ethnicity, and Democratic Schooling in France and the U.S.," Roundtable on Laicité in Comparative Perspective, St. John's University Paris Campus, June 2010.

"Competing Discourses: Immigrant Integration, Multilingualism, and Education Policy in the United States and Europe," Law and Society Meeting, Chicago, May 2010.

"Language Matters: What the Law Tells Us About Sameness and Difference," National Conference on Single-Sex Public Schools, Philadelphia, October 2008

"Lost in Translation: Language Identity, and the Right to a 'Meaningful' Education," Law and Society Meeting, Montreal, Canada, May 2008

"Transnational Schooling and the New Immigrants: Can Europe Learn from the United States?" IMISCOE Cluster B5 Meeting on Immigrant Access to Education: A Comparative Perspective, University of Lisbon, Portugal, April 2007 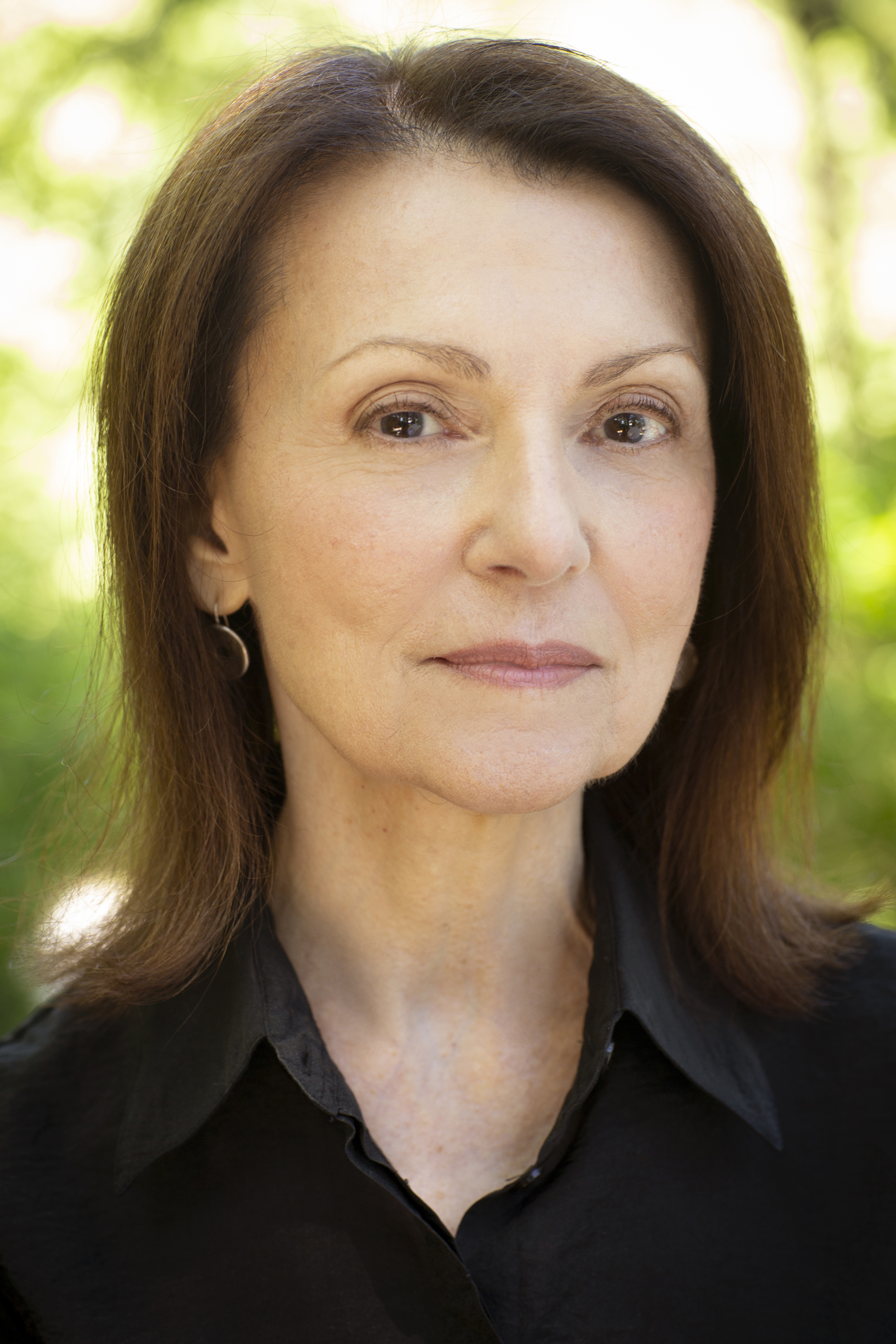