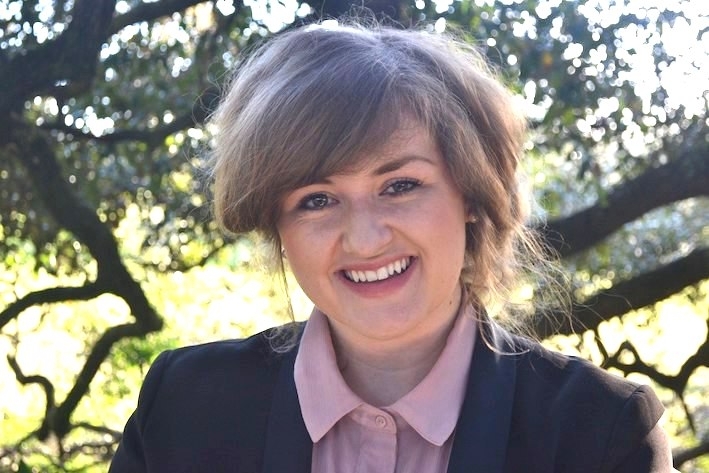 Her study is titled “When Paris Hears the ‘Alerte’: New York Evening Sun War Correspondent Leonora Raines, Military-Press Tensions, and Reporting the French Home Front (1914-1918)” and the analysis is based on primary sources including Raines’ wartime stories, Raines’ personal scrapbook, as well as archival sources from American and German political archives.

“My research backtracks the unknown story of a Paris-based American female journalist who covered World War I for the New York Evening Sun (1914-1918) and wrote about her interactions with military censors, propagandists, soldiers, and ordinary civilians,” Fondren explained.

“At a time when most war reporters were men, Raines published her regular column under her own byline. She was resourceful and persistent, and gained access to dangerous frontlines, reported from hospitals, ammunition factories, war-torn cities, the Western Front, German-occupied Belgium, and toured enemy Germany in 1916. Through her war reportage and eyewitness stories, Raines brought the conflict home to distant American readers.”

In 2020, Fondren was awarded a Joseph McKerns Grant to support her research on twentieth century propaganda and journalism history. She will use the grant to access historical archives at Stanford University's Hoover Institution Library and Archives. In 2019, her dissertation won an Honorable Mention at the AJHA Margaret A. Blanchard Dissertation Prize.