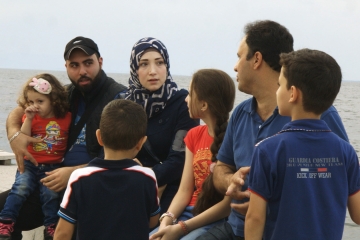 Since the Arab Spring in 2011, a migrant crisis erupted as natives of war-torn countries in the Middle East sought refuge and a better life in Western Europe. Two of those harrowing stories are highlighted in the HBO documentary film, It Will Be Chaos, codirected and coproduced by Filippo Piscopo, Adjunct Assistant Professor of Television and Film, with his wife, Lorena Luciano, both of whom are natives of Italy. 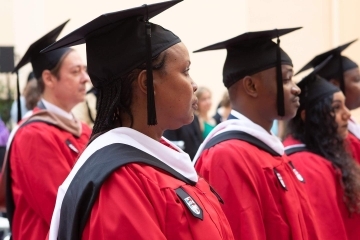 Students enrolled in the Integrating Seminar – the culminating course for the Master of Arts (M.A.) in Global Development and Social Justice – during summer 2019 completed capstone projects that cover... 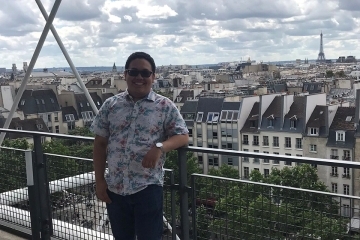 Exploring Optics and French Cuisine during a Summer Internship in Paris

Fresh from a summer in Paris, France—as one of just eight students chosen nationally to be immersed in a prestigious internship program—a physics major has returned to St. John’s University with a... 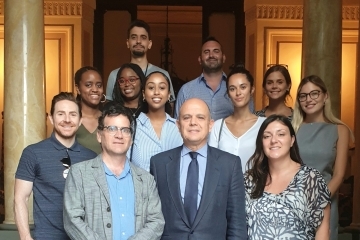 Murat Salim Esenli ‘99G, the current Turkish Ambassador to Rome and alumnus of the Master of Arts (M.A.) in Government and Politics invited students at the University’s Rome, Italy campus to visit the... 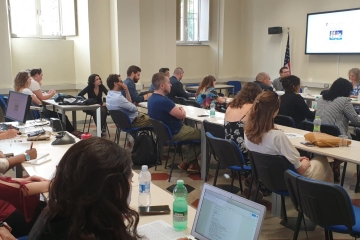 The Master of Arts (M.A.) program in Government and Politics hosted an academic discussion on the European debt crisis (also known as the Eurozone crisis) on St. John’s University’s Rome, Italy campus...

Sophomore Government and Politics major Winifred Edjeani created the non-profit organization Wekem to help children in Ghana pursue their education. Winifred, who is a native of Accra, Ghana, started... 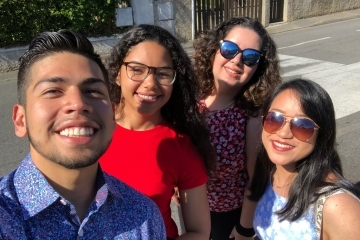 Pope Francis wrote that “making a pilgrimage is one of the most eloquent expressions of faith.” A pilgrimage is a spiritual journey to a place made holy by a heavenly encounter. From May 24 through June 3, St. John’s University students Paul Espiritu, Samantha Melendez, Keyla Peyano, and Theresa Vogel had the opportunity to visit one of those very special places: Lourdes, France. 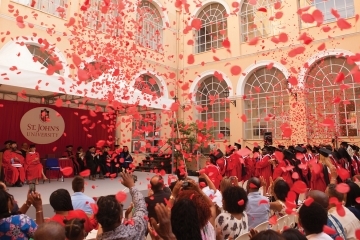 During St. John’s University’s 23rd annual Rome Commencement Exercises, graduates were touched by messages of hope, love, and tolerance. Most importantly, they were called upon to use their knowledge...

Students of the Institute for International Communication (IICM) visited the MET with Dr.Basilio Monteiro to learn more about Armenia on the Silk Road 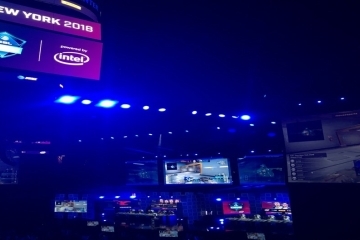 One of the major applications of the Institute of Interdisciplinary Sport Research (IISR) is the exploration of eSports as a field of academic study and engagement. Currently the institute is funding research on eSport nutrition and host think tanks that will help us identify areas of potential investment. Our research however, would not be complete without experiencing an eSports tournament, live.