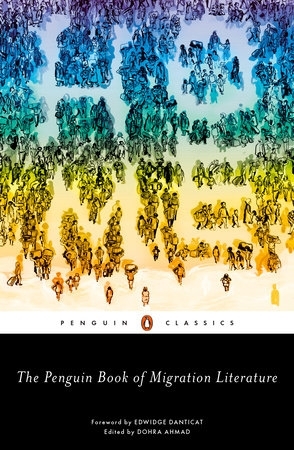 The Penguin Book of Migration Literature, edited by Professor Dohra Ahmad, Ph.D., of the Department of English, was published in fall 2019 and received a glowing review by Parul Sehgal of The New York Times. The anthology is the first to treat migration as a global phenomenon, one that is often involuntary, sometimes multidirectional, and always complex. It includes a foreword by acclaimed Haitian-American author Edwidge Danticat. 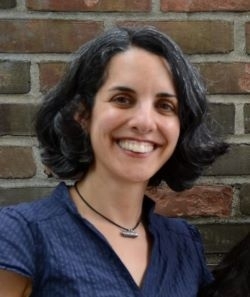 The idea for the anthology grew out of Dr. Ahmad’s teaching at St. John’s, where migration is a personal subject for many students. As the rhetoric of migration intensified politically in recent years, Dr. Ahmad deployed the power of language and literature in her classroom to show the nuance, depth, and contradictions in narratives about migration. In this collection, she similarly includes works that inhabit multiple points of view and evoke empathy for involuntary migrants and those for whom migration doesn’t necessarily lead to a better life.

Students in two semesters of Dr. Ahmad’s Comparative Migration Literature course gave her feedback on selection of the materials for the anthology. She also selected works based on coverage across genre, time period, and migration routes, as well as her own passion for the texts themselves. In her introduction, she explains wanting to portray migrants as “people with deep histories – individual as well as collective – that predate their migration.”

While Dr. Ahmad hopes the anthology will serve as a resource for teachers and researchers, she also aims for a larger readership. “Although I worked to cover various genres, time periods, and migration routes, I also wanted to keep the collection small and portable so that people could read it on the subway,” she said.

Dr. Ahmad is also the author of Landscapes of Hope: Anti-Colonial Utopianism in America (Oxford University Press, 2009), editor of Rotten English: A Literary Anthology (W. W. Norton, 2007), and co-author (with Shondel Nero) of Vernaculars in the Classroom: Paradoxes, Pedagogy, Possibilities (Routledge, 2014). Her essays have appeared in ELH, the Yale Journal of Criticism, Social Text, Pedagogy, and the Journal of Commonwealth Literature.

On Thursday, October 3, Dr. Ahmad will be interviewed by graduate Students Laila Shikaki and Sonia Adams about the anthology.