Why business schools still have a diversity problem 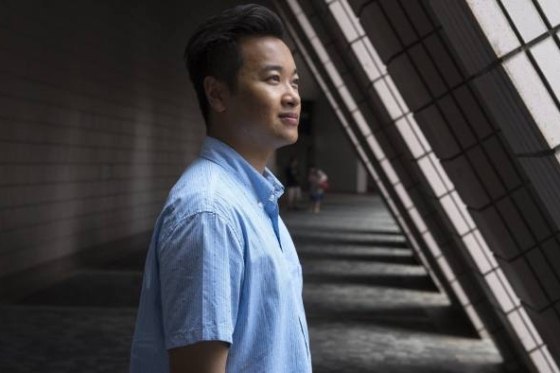 Matthew Chan claims to have pioneering spirit in his blood. His great-grandfather, an immigrant, opened the first Chinese restaurant in Miami Beach.

He hopes to achieve a first for his generation by becoming the only person in his immediate family with a master of business administration degree. He has just been accepted on the course run by Tobin College of Business at St John’s University in Queens, New York.

“Being involved in business goes back many generations in my family,” he says. “I am in a very happy place.”

Norean Sharpe, the dean of Tobin, is also pleased. Students like Mr Chan help her goal of maintaining high levels of ethnic diversity at her school. A third of the intake on St John’s masters degrees were born overseas and half of those who grew up in the US have either Asian backgrounds, like Mr Chan, or identify as other non-white ethnicities.

Tobin was established to teach students from immigrant families. Having such a spread of ethnicities makes for richer classroom discussions, says Dr Sharpe.

“We believe that understanding cultural differences provides a better education for our students,” she says. “Successful business schools realise that to evolve and continue to attract the best and the brightest means that we must diversify.”

Not many in the business education world would disagree with these statements. Diversity has been a key target for business schools since the FT started ranking MBA programmes 20 years ago. The problem in the US, however, is that few of the top schools have made significant progress in this area.

The average proportion of international students at US business schools in the FT’s 2019 list of top MBA courses was 36.4 per cent. This is little better than the 30.4 per cent recorded when the FT’s ranking began in 1999, and a decline from a 38.9 per cent average in 2014.

Gender diversity is little different with women accounting for, on average, 34.8 per cent of the MBA classes at US schools on the 2019 list, compared with 30.1 per cent in 1999.

Tobin is an outlier in this regard largely because it is based in one of the most diverse cities in the US and, as a smaller school, draws heavily on the local applicant pool.

The main reason top schools struggle to attract more ethnic minority and female candidates is that there are not enough of them among the groups who feel able to apply for a place at a top school, according to Stacy Blackman, founder of California-based admissions consultancy Stacy Blackman Consulting.

“Awareness about MBA programmes among diverse candidates is not nearly to the level it should be in order to meaningfully shape actual student class populations,” she says.

Those schools that have become more diverse have done so by being more flexible on their admissions criteria, particularly in the scores required on the Graduate Management Admission Test and Grade Point Average.

“We had a male in private equity, from an under-represented minority, who gained admits to every school he applied including Harvard Business School, even with a GMAT below 650,” Ms Blackman says.

“Last season, we worked with a female, Hispanic candidate who had a GPA below 3.0, and she received admits to Duke and Kellogg with a scholarship.”

Most of the top 20 business schools insist on a minimum GPA of 3.5.

Scholarships have helped attract more minority and female candidates to consider business school in the US. This was true for Mr Chan, whose tuition is paid by Tobin’s Graduate Assistanceship scholarship scheme, created to support business education for those from immigrant families.

The University of Southern California’s Marshall School of Business has achieved gender parity on its MBA programme for the first time. Women made up 52 per cent of the MBA class that started last Autumn, up from 32 per cent a year earlier. And 22 per cent of this intake were from minority ethnic groups in the US, including Hispanic and African American students, another record high for Marshall.

This was part of a conscious strategy, which involved creating a separate admissions page for women, adding more female case studies to the broader marketing materials for the degree and running a ‘Women’s Welcome’ weekend event in January 2018.

But it also made sense for the school in terms of providing candidates who represent good recruitment prospects for employers visiting the campus, according to Sharoni Little, associate dean and chief diversity, equity and inclusion officer at Marshall.

“We lose sight of what is the value-add of a business school, which is educating leaders,” she says. “Organisations are saying ‘we need you, the business schools, to do this so that we can have a broad pool of talented people to choose from’.”

Rutgers University in Newark, New Jersey was ranked the most ethnically diverse university in the US this year by US News & World Report.

Just under 42 per cent of the 1,112 students enrolled on its MBA programme this Spring were white, 31 per cent were Asian, 10 per cent Hispanic and 9 per cent were black. In 2014, the intake was balanced by gender, although this year men outnumbered women 62:38.

There is no single way to improve diversity on MBA programmes, according to Sharon Lydon, associate dean, responsible for the full-time and part-time degree courses at Rutgers.

“We are lucky because of our location, which includes a lot of educated people and a lot of people from diverse backgrounds, who want to study locally,” she says. “I grew up in Staten Island and it wasn’t like this there. It might have been diverse but I was still in my own community. Here there is more involvement with different communities and we are learning about other religions and diversity.”

Having a female business school dean and university chancellor is a powerful way to show that the institution wants to encourage gender balance on business degree courses, Ms Lydon notes. “I think seeing people similar to you in high positions is inspiring and maybe gives the message that you can do it too.”