Enjoy an evening at the 6th Annual CPHS Gala

Dr. Stephen DeVito was born and raised in Patchogue, NY. Inspired to pursue a career in pharmacy by his high school chemistry teacher Richard Caliendo ’51P, he enrolled in St. John’s University after graduating from Suffolk County Community College.

As a pharmacy student, Dr. DeVito found the medicinal chemistry courses taught by Ralph A. Stephani, Ph.D., to be especially intriguing. He earned his Bachelor of Science degree in Pharmacy in 1979 and returned to St. John’s University as a graduate student under a teaching assistantship to pursue his interests in medicinal chemistry. His responsibilities included serving as an instructor of community pharmacy practice.

Conducting his graduate research under Dr. Stephani, he designed, synthesized, and characterized a novel series of heterocyclic substances, which he evaluated in a battery of pharmacologic assays and determined to have analgesic properties. He received his Master of Science and Doctor of Philosophy degrees in Pharmaceutical Sciences in 1984 and 1989, respectively.

Dr. DeVito was inducted into the Rho Chi Society in 1982 and received the College of Pharmacy and Health Science’s 1986–87 Graduate Fellow Scholarship Award. Throughout graduate school, Dr. DeVito worked part-time as a pharmacist, initially for Genovese Drugs and later as the weekend supervising pharmacist at Mount Sinai Beth Israel Medical Center in Manhattan.

In 1989 he accepted a position as a chemist with the United States Environmental Protection Agency (EPA) in Washington, DC. He is currently a branch chief in the EPA’s Toxics Release Inventory program. Throughout his years of public service, Dr. DeVito has been directly involved with the development and implementation of many of the EPA’s regulations, science policies, green chemistry, and other pollution prevention initiatives. He is renowned for promoting the application of medicinal chemistry principles used in drug design to develop safer industrial chemicals and has published and lectured extensively on this topic.

Dr. DeVito is also well known for his international achievements. For many years and until very recently, he was the United States official on the North American Commission for Environmental Cooperation’s Pollutant Release and Transfer Register (PRTR) Committee, and served as Vice-Chair and the United States representative on the Organization for Economic Cooperation and Development’s PRTR Task Force. He was pivotal in establishing the role of PRTRs in assessing progress toward global sustainability; Dr. DeVito and his staff currently track industrial emissions of pollutants worldwide to determine whether applicable United Nations’ Sustainable Development Goals are being met. He has received many EPA awards and honors for his leadership and accomplishments in environmental protection.

Until 2018, he worked part-time as a pharmacist at the Reston Hospital Center in Reston, VA.

Dr. Joseph V. Etzel is currently an Associate Clinical Professor of Pharmacy Practice and Associate Dean for Student Success in the College of Pharmacy and Health Sciences at St. John’s University. Following his graduation from St. John’s, he completed a residency program focused on pharmacokinetics and infectious disease pharmacotherapeutics at Bassett Healthcare Network in Cooperstown, NY.

He subsequently joined the faculty of St. John’s University in 1991 as a faculty member in the Department of Clinical Health Professions, with his primary practice site at Nassau County Medical Center (now Nassau University Medical Center), where he served as Clinical Coordinator of Infectious Diseases and instructed pharmacy students as well as physicians in the Infectious Diseases Fellowship program.

At St. John’s University, he joined the Office of the Dean as an Assistant Dean for Pharmacy Student Affairs in 2001 and was named Associate Dean for Student Success in 2016. Dr. Etzel continues to teach both pharmacy and physician assistant students in courses such as Drugs and Infectious Diseases, Pharmacokinetics, Allergy and Immunology, and Clinical Medicine. Over the years he has received three Professor of the Year awards from the University. In 2003, he was honored as the recipient of the Rho Chi Society’s Excellence in Pharmacy Education Award. Dr. Etzel was recently named the recipient of the St. John’s University Partner Award for his work with student organizations. He currently serves as the faculty advisor to the St. John’s chapters of both the Phi Delta Chi pharmacy fraternity as well as the Rho Chi Society.

Dr. Etzel has nearly 60 publications in pharmacy and medical journals, including papers in Annals of Pharmacotherapy, Pharmacotherapy, Antimicrobial Agents and Chemotherapy, the Journal of Pharmaceutical Marketing & Management, and the Annals of Allergy, Asthma & Immunology. In addition, he has contributed to clinical case scenarios and clinical relevance section contributions to several textbooks. He has made more than 250 professional presentations on the international, national, and local levels, including the keynote address on the global challenge of antibiotic resistance at the Fourth International Conference of the Egyptian Society of Hospital Pharmacists in Cairo, Egypt.

Dr. Etzel has practiced in several independent pharmacies as well as tertiary care institutions, including NYU Winthrop Hospital, and has served as a Clinical Pharmacy Specialist at the Northport VA Medical Center in Northport, NY. He is also a former President of the Long Island Society of Health-system Pharmacists.

He remains an active member of his community and is engaged in several volunteer and charitable organizations. He is a life member of Engine Company No. 2 of the Bellmore Fire Department, a Knight of 4th Degree with the Knights of Columbus, and a member of The McCallen Society at St. John’s University. 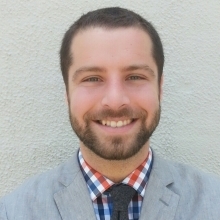