College of Pharmacy and Health Sciences Dean's Advisory Board

The Dean’s Advisory Board includes alumni and friends of the College of Pharmacy and Health Sciences at St. John’s who are committed to advancing the College’s and University’s mission and offer individual expertise in relation to the University’s strategic priorities. 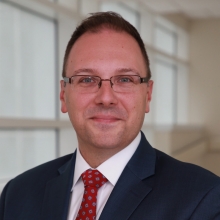 Mr. Blenderman was born and raised in Middle Village, Queens, and attended St. Francis Preparatory School. Given an interest in medicine, he volunteered at NewYork-Presbyterian Queens during his junior and senior years, at which time he was exposed to the Physician Assistant (PA) profession.

This led Mr. Blenderman to St. John’s University, where he enrolled in the Physician Assistant program. He graduated in 2001 and was hired as a trauma surgery critical care PA at St. Vincent’s Catholic Medical Center in addition to being an Adjunct Professor for the PA program at St. John’s.

Mr. Blenderman’s affinity to critical care and the operating room brought him to North Shore University Hospital under the mentorship of Alan Roy Hartman, M.D., where he was hired in the Department of Cardiovascular and Thoracic Surgery. During his 15 years at Northwell Health, he had progressively increasing leadership roles from Chief Critical Care Specialist to Manager of Quality and Education for the Department of Cardiovascular and Thoracic Surgery.

In 2010, Mr. Blenderman obtained his M.B.A. in Quantitative Methodology and Finance from Hofstra University’s Frank G. Zarb School of Business. He was then appointed as the Director of Cardiovascular and Thoracic Surgery at North Shore University Hospital and Long Island Jewish Medical Center, where he oversaw the administrative and clinical operations across both campuses.

As Northwell Health’s footprint grew, the position evolved and Mr. Blenderman became the Corporate Director of Cardiovascular and Thoracic Surgery across Northwell’s eight hospitals, spanning from Staten Island to eastern Long Island, a group that represented the largest volume of cardiac and thoracic surgeons in the Northeast. Mr. Blenderman’s career path came full circle in 2017, when he accepted the position of Chief Operating Officer at NewYork-Presbyterian Queens. In this role, he oversees operations, strategy, emergency management, patient flow, and hospital safety.

Over the past 10 years, Ms. DaSilva has been a business development leader for two top-tier management consulting firms. Prior to entering consulting, she has spent more than 25 years in the pharmaceutical industry (both generic and ethical pharmaceutical organizations) after practicing as a retail and a hospital pharmacist.

Outside of Deloitte, Ms. DaSilva is a volunteer leader with the Healthcare Businesswomen’s Association (HBA) for more than 20 years, serving in multiple global and local chapter board roles, as well as committee and advisory roles. She has been honored with several HBA recognition awards: Rising Star (2003), Luminary (2014), and President’s Award (2013). She is a frequent speaker and moderator on topics such as gender parity, diversity and inclusion, inclusive leadership, networking, mentorship, and sponsorship.

Dr. Dorato has been a Visiting Scholar at St. John’s University’s College of Pharmacy and Health Sciences and is a distinguished alumnus. He earned a B.S. in Pharmacy in 1971, an M.S. in Pharmacology in 1973, and a Ph.D. in Pharmacology in 1976. He has more than 48 years of experience in toxicology and pharmacology (from discovery to final registration), leading drug development decisions in various phases of pharmaceutical research and development; driving organizational growth; implementing change and continuous improvement; developing leaders; moving ideas from concept to practice; building partnerships and alliances; and initiating, leading, and managing CRO/industry relationships.

Dr. Dorato is a diplomate of the American Board of Toxicology and a Fellow of the Academy of Toxicological Sciences.

Mr. Micca is a Partner in Deloitte & Touche LLP, with 30 years of experience serving a broad array of clients in all sectors of the health-care, technology, and life sciences industries. He has significant experience with health technology organizations, software as a service organizations, pharmacy benefit management, clinical and diagnostic operations, and emerging growth and private equity financed organizations in life sciences and health technology and services. He has experience applying a deep knowledge of industry sector business issues regarding the emerging trends surrounding consumerism, convergence, cost considerations, emerging regulatory, and compliance issues and consolidation.

Mr. Micca serves on the Board of Advisors of The Peter J. Tobin College of Business at St. John’s University. He is also on the Board of Directors and Chairman of the Audit Committee of Boy Scouts of America. 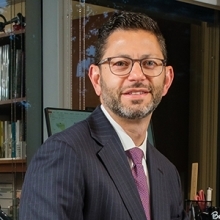 Joseph Moscola, P.A., M.B.A. ’00P, is Executive Vice President, Enterprise Management, for Northwell Health. In this role, Mr. Moscola leads several critical functions that drive the organization and the care team members provide, including human resources, information technology, facilities and construction, real estate, management of $2.5 billion in capital every two years, and shared services administration. In addition, he will be responsible for leading strategic business initiatives that are driving new revenue streams for the health system, including FlexStaff and Northwell Direct.

Previously, Mr. Moscola served as Chief People Officer and drove the creation and successful launch of Northwell Health’s employee promise, refreshed values, and the Northwell Career Experience, which helps team members learn, grow, and thrive in the organization. He led the team responsible for Northwell Health being honored, for the first time, as one of Fortune magazine’s“100 Best Companies to WorkFor” in 2020 (Northwell ranked 19th in 2021), as well as numerous distinctions for equity, diversity, and inclusion.

While understanding the importance of transparent communication combined with evidence-based protocols, his team custom built a real-time reporting model within days to track team members, including the number of team members exposed and positive test results. Tranquility tents, psychological/spiritual healing, and a 24/7 emotional support hotline were established to address the total wellbeing of all team members throughout this most difficult time.

Holding a bachelor’s degree from St. John’s University, Mr. Moscola earned an M.B.A. from Adelphi University and a physician assistant certificate from Catholic Medical Centers–Bayley Seton Campus. He also graduated as a fellow of the Health Management Academy.

Aside from his executive role at Northwell, Mr. Moscola serves on the Board of Directors for Farmingdale State College and Nassau Community College, along with the National Center for Healthcare Leadership. He is also a trustee of the 1199 Pension Fund, serving employees for the New York region.

Mr. Odeh owns Virginia-based Prosperity Pharmacy. He graduated with a B.S. degree in Pharmacy from St. John’s University in 1993. Following graduation from, Mr. Odeh worked for more than eight years for a retail chain pharmacy. His career in specialty pharmacy started in Washington D.C., where he focused on HIV/AIDs. His wife, Lisa, earned her B.S. in pharmacy from Duquesne University in Pittsburgh. Like her husband, Ms. Odeh spent several years working for a retail chain pharmacy and later started working at a specialty pharmacy in Virginia.

In 2009, they opened Prosperity Pharmacy Manassas, which, in addition to being a community pharmacy, also served as their durable medical equipment center. At that time, their companies expanded to include more than 50 employees, including pharmacists, pharmacy technicians, a fertility nurse specialist, sales representatives, a billing department, and a human resource officer. Today, the Odehs continue to own and operate four specialty pharmacies in Virginia.

Roger Jr. and his brothers grew up working in the store and learning the business, which they purchased from Roger Sr. in 1992. Since then, Mt. Carmel Pharmacy and the Paganelli family have been recognized by the Arthur Avenue Merchants Association as Merchants of the Year, and The City of New York honored them with a City Council Citation as well as the Mayor’s Office Citation for Community Service.

Mr. Paganelli has also been a spokesperson for FixRx, a statewide advocacy group comprised of 3,000 pharmacists, many of whom are independent pharmacy owners. He has been featured in a number of published articles focused on the increasing challenges faced by independent pharmacies and the role of pharmacy benefit managers in drug pricing and reimbursement rates.

Mr. Paganelli and his brothers are active members of the Pharmacists Society of the State of New York, Inc., New York City Pharmaceutical Society, and the Italian-American Pharmacists Society. They are also very active in their community, providing free services as well as free delivery to homebound customers; meals to homeless, elderly, and sick populations; and holiday gifts and food for children via their local church. Mr. Paganelli and his wife, Joanne, earned their B.S. degrees in Pharmacy from St. John’s University in 1987. They have five children. 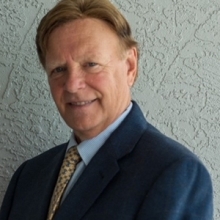 James R. Ruger, J.D., Ph.D. ’75P, ’77G, ’78GP, ’83L, ’86Ph.D. is an Attorney for Axiom Legal Services, providing legal advice regarding various US Food and Drug Administration (F.D.A.)-related issues concerning the marketing of diabetic medications and therapies to a major pharmaceutical company. Additionally, he is President/Founder of VALID Consulting, Inc., helping to advise F.D.A.- and Clinical Laboratory Improvement Amendments-regulated industries on projects involving, for example, pharmacogenomics, adverse event management, and applicable privacy issues. Since the start of the COVID-19 pandemic to the present, Dr. Ruger has worked with Quest Diagnostics as a former full time in-house attorney, and presently as a consultant on matters regarding Quest testing programs for COVID-19.

Prior to his current work, Dr. Ruger spent 12 years at Quest Diagnostics, where he was responsible for all aspects of F.D.A. regulatory matters to ensure that diagnostic services and products were provided in compliance with US and various other country requirements.  Additionally, Dr. Ruger served as the Quest representative on the Diagnostic Testing Working Group and at the American Clinical Laboratory Association to draft recommendations to Congress regarding the proposed legislation called the VALID Act. Prior to working at Quest Diagnostics, he spent nearly nine years as Associate General Counsel at Siemens Group USA, and 10 years in pharmaceuticals as Assistant General Counsel for Sanofi and Litigation Counsel for the former Sterling Winthrop, Inc. companies.

Dr. Ruger began his career as an Associate/Partner at Rivkin Radler LLP in Uniondale, NY, where he was part of the National Resources Defense Council team for Dow regarding the litigation known as In Re: Agent Orange and for several other Dow herbicides and chemicals. Additionally, he was on the National Resources Defense Council team for the Fireman’s Fund Insurance Company of environmental claims and lawsuits.

Dr. Ruger received a B.S. in Pharmacy in 1975, a Master of Science in Library and Information Science in 1977, an M.S. in Pharmacology in 1978, a J.D. in 1983, and a Ph.D. in Pharmaceutical Sciences in 1986 from St. John’s University. As a student, he was a member of the Beta Phi Mu Honor Society and Rho Chi Society. As an alumnus, he received the Distinguished Alumnus Award (2010) and Excellence Service Recognition (2014).

Dr. Spain and his wife, Monica, have three children Sean (24), Owen (21), and Clare (19). He is active in the American Legion, Knights of Columbus, and Appalachia Service Project. Dr. Spain enjoys reading history books and backpacking in his free time.

Dr. Spain earned a B.S. degree in Pharmacy from St. John’s in 1988. He also earned an M.A. in Public Administration from Bowie State University in 1997 and a Pharm.D. from Rutgers University in 1999.