St. John’s Queens, NY, campus is home to a wide range of religious and secular imagery that provide a veritable walking tour covering the history of the University. 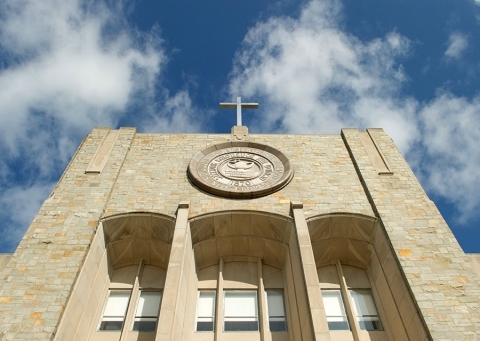 The University seal over the main entrance to St. Augustine Hall is 16 feet in diameter. 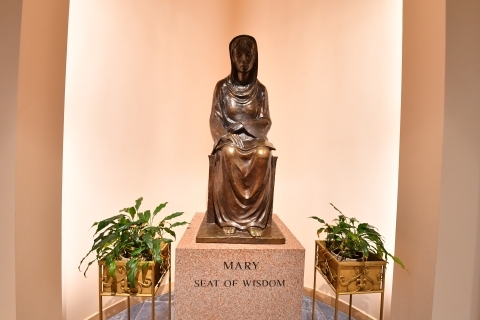 While statues of Mary often depict the mother of Jesus in her younger years, the statue of Mary inside St. Thomas More Church, “Mary, Seat of Wisdom,” portrays her as a wise elder. 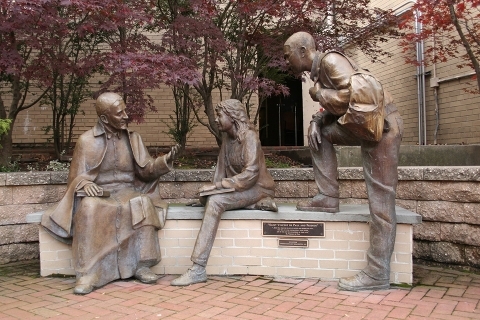 The statue of St. Vincent de Paul and students on Marillac Terrace, “The Way of Wisdom,” was sculpted by Sr. Margaret Beaudette, S.C. Similar statues are located on the campuses of St. John’s “sister” Vincentian institutions, DePaul Universityand Niagara University. 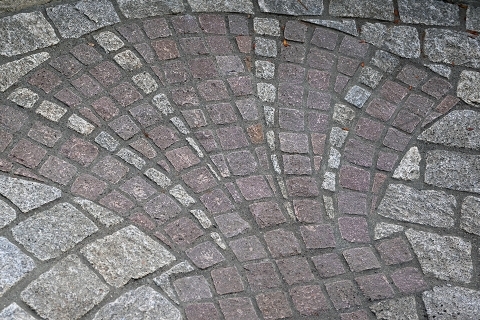 The large fountain in front of Lourdes Hall features three scalloped shells, the ancient symbol for the sacrament of baptism. St. John the Baptist, the patron saint of the University, is often shown in paintings with a shell as his means of baptizing people, and a single shell is featured in the St. John’s crest. 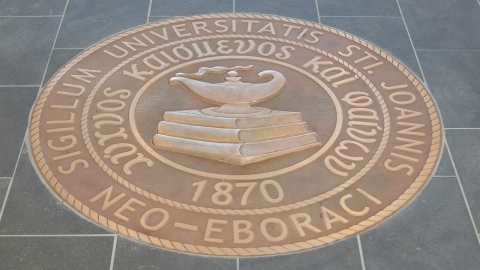 The Greek letters in the inner circle of the University’s seal translate into, “He was a burning and shining lamp” (John 5:35), Jesus’s description of John the Baptist. 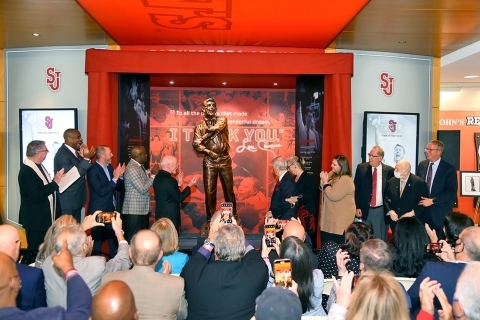 The newest statue on campus is a depiction of Coach Carnesecca. It is located in the lobby of the building that bears his name. 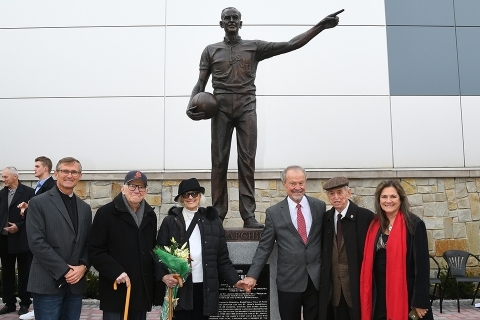 In the courtyard between Carnesecca Arena and Taffner Field House stands a statue of Joseph B. “Joe” Lapchick, who led the St. John’s basketball program for 20 seasons and has been enshrined in the Naismith Memorial Basketball Hall of Fame twice. 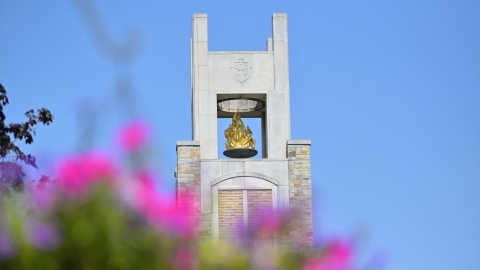 The torch that sits high above the D’Angelo Center was modeled after the torch carried by the Statue of Liberty. The D’Angelo Center itself was designed to evoke the architecture of The Great Hall of Ellis Island. 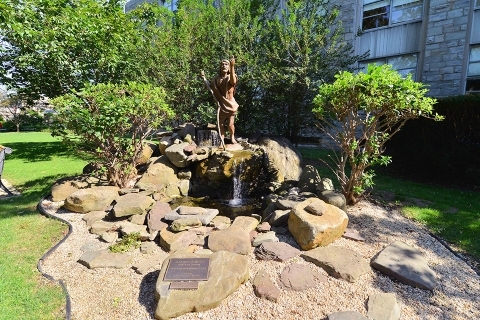 Adjacent to the main entrance of St. John Hall is a statue of St. John the Baptist, namesake of the University. It was also sculpted by St. Margaret Beaudette, S.C. 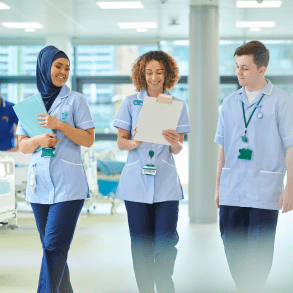 Traditional vs. Accelerated: Choosing the Best Nursing Program Path for You 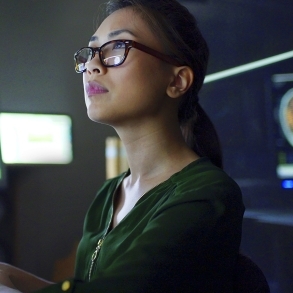 Best Undergraduate Degrees for Pursuing an M.S. in Neuroscience 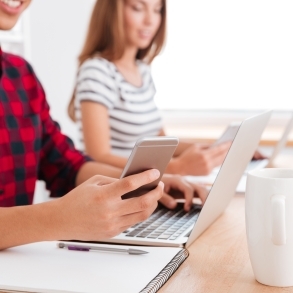 Industry-Ready Skills You Gain by Earning an M.B.A. (That Recruiters Love)