The groundbreaking for the new Catholic college, then to be called, "Mary, Queen of the Isles," took place on May 28, 1868. An article published the following day in the Brooklyn Daily Eagle described in great detail the interest and anticipation of approximately 5,000 spectators that attended, as well as the content of the speeches given by Governor Lowe of Maryland, and Father Ryan.

The cornerstone of the college was laid on July 25, 1869. The Brooklyn Daily Eagle again reported on the festivities of the ceremonies, now referred to as the "College of St. John the Baptist." The building opened for the first time on the evening of September 4 for a lecture by Orestes A. Brownson on Papal Infallibility. The next day, September 5, was the first day of classes. "Forty seven students were admitted on Monday September 5 and the time was principally devoted to examining and distributing them to their respective classes." (The Diary, page 8) The contract for the construction of the second section (administration section) of the college building was signed by architect Patrick Keeley on August 2, 1872. It was completed in the Fall of 1873, when the priests were able to occupy the building.

In 1908, a new wing was added to College Hall (the closest section to the Church) which included science classrooms, a gym, and a swimming pool. That section was later torn down and replaced with the DeGray Gymnasium in 1932. 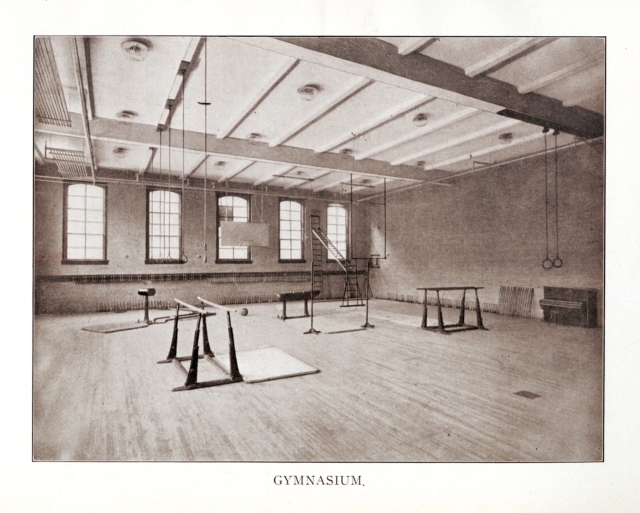 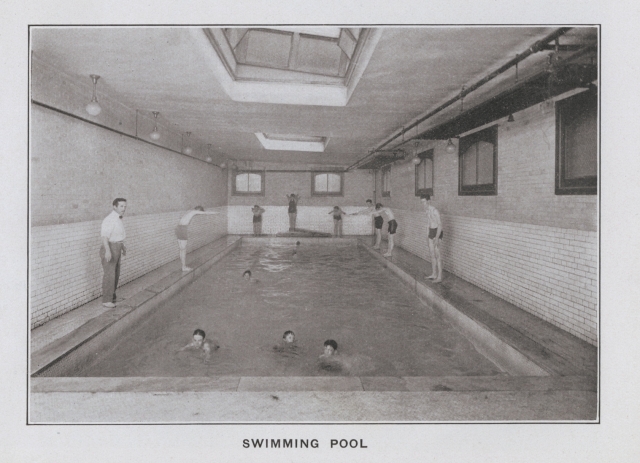 The open field in front of the Church was the site of numerous athletic events. The field was renovated in 1910 to include a running track. 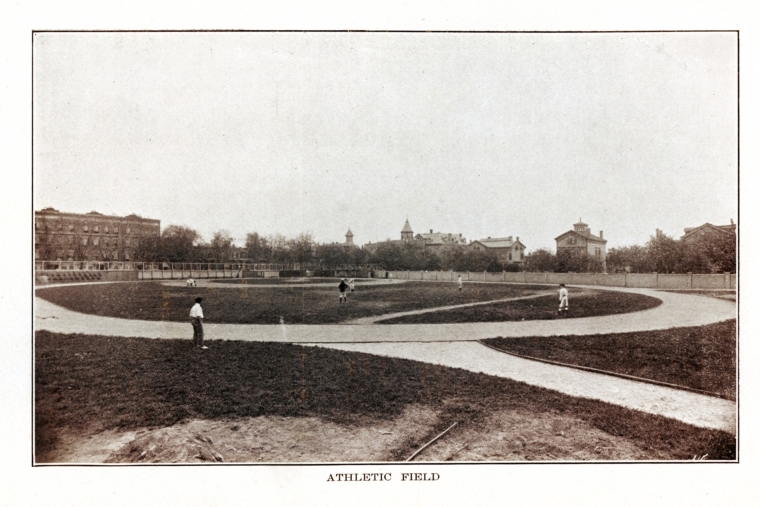 The stone structure of the Church of St. John the Baptist was completed in 1894. Before that was a smaller wood frame church which the parish outgrew. Prior to that was the old farmhouse where the first Mass was held. 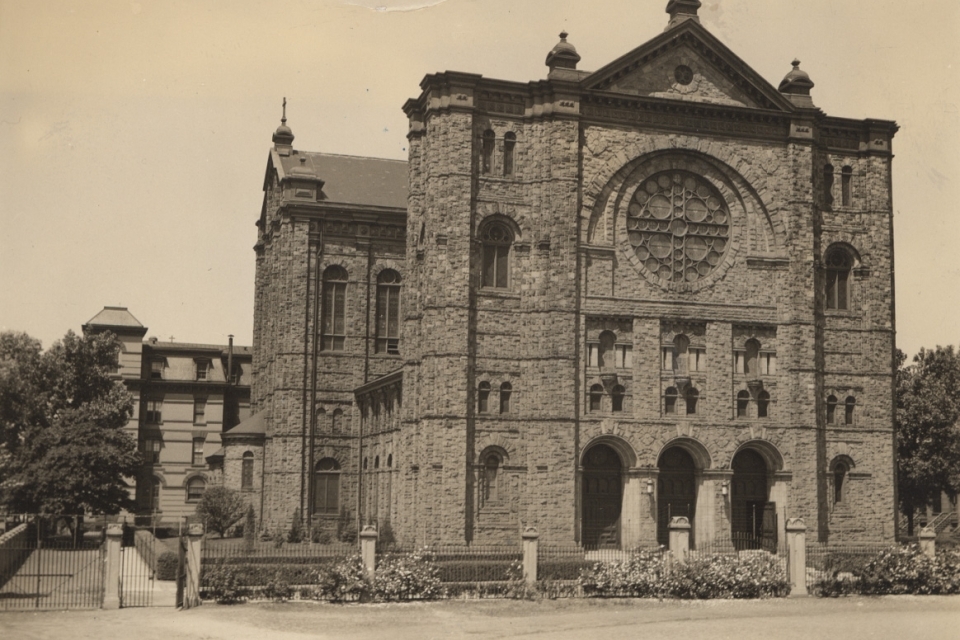 The Parochial School was built for the elementary students in 1904. The Moore Memorial building opened for the high school students (St. John's Prep) in 1927.

The wood frame houses seen in the foreground of the panoramic sketch were actually situated on the future Moore Memorial site on Lewis Avenue, next to the Parochial School building. The St. John’s Conservatory of Music was located in one of these houses.

When the School of Law was founded in 1925, classes were held in rented quarters on Court Street in downtown Brooklyn. In 1927, two additional professional colleges were founded: the Borough Hall Division of the College of Arts and Sciences, and the School of Accounting, Commerce and Finance. These colleges also rented space on Court Street and Joralemon Street. In 1928, St. John’s acquired property on the corner of Schermerhorn Street and Boreum Place. After just 13 months of construction, the new million-dollar “skyscraper” campus opened with a formal dedication ceremony on November 23, 1929. The building also became home to the new College of Pharmacy upon its founding in 1929. 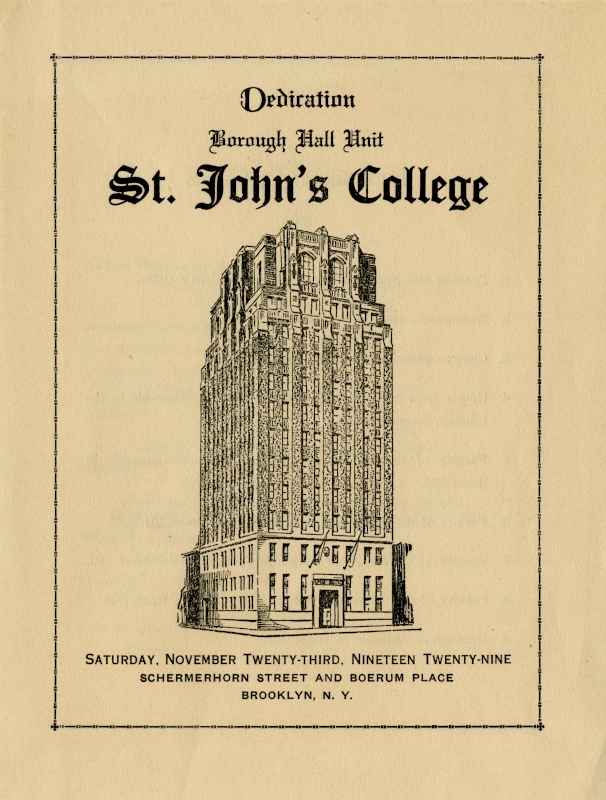 Even this large building was soon outgrown. In June 1946, the university began negotiations with the Federal Works Administration to acquire several Quonset huts, surplus from World War II, to relieve crowding at the campus. Three double-sized Quonset huts opened directly behind 96 Schermerhorn Street for the start of the Spring 1948 semester, and included space for classrooms, a student lounge, lockers, and restrooms.

In 1950, despite the extra space from the Quonset huts, more space was needed, so the building at 72 Schermerhorn Street was purchased. Sometimes called “The Annex,” this space housed a new library in 1951 and the Chapel of St. Vincent de Paul in 1952.

Eventually, the various academic programs were transferred to the Queens campus, and later the new Staten Island campus in 1971. The building finally closed when the School of Law opened in Queens for the start of the Fall 1972 semester.