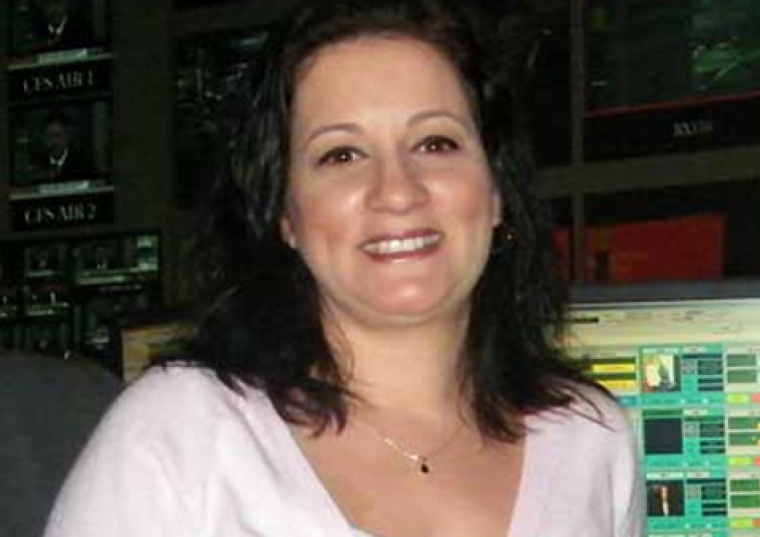 As a child, Stefany Steinman-Nonnenmacher ’95SVC spent hours creating make-believe radio shows with her family, using only a tape recorder. Later, she also dreamed of becoming a weather forecaster.

Today, she is responsible for transmitting television signals throughout the country as a Satellite and Transmission Operator for Bloomberg Television. Stefany majored in Communication Arts at St. John’s University and received the technical and theoretical training she needed for broadcasting success at the University’s renowned Television Center.

Before Stefany began her first semester at the University, her brother had a chance meeting with a member of the Television Club. He was attending a tennis match in Forest Hills, NY, when he noticed the St. John’s logo on equipment the young woman was using to videotape the event. Introducing himself, he mentioned that his sister was interested in joining the group.

“She told him, I should stop by,” said Stefany. That invitation reflected the supportive atmosphere in the club. “I was just accepted from the moment I got there.”

Describing herself as innately “technical,” Stefany joined the Television Club as a freshman. She quickly immersed herself in every aspect of production. “I knew I could touch all the equipment as soon as I walked in the door,” she said.

She gained experience in front of and behind the camera. Although she preferred working behind the scenes, she co-hosted “Redmen Previews,” a regular segment spotlighting the latest films, on the student-produced “Redmen Magazine.” The televised program was seen internally at St. John’s and on public access television.

Stefany put those skills to work in her senior year. Enrolling in a student video competition, she produced a documentary, entitled Coney Island: 100 Years of Amusement, about the neighborhood where she was raised. “It really was a labor of love,” she said, adding that she was responsible for all the creative work — writing, shooting and editing. She remains proud that her entry won the Creative Editing Award.

Like many Television Club alumni, Stefany interned as an undergraduate. “A fellow St. John’s graduate and I both interned at Studio 51/New York Life Insurance Company,” she said. “They gave me access to the equipment and showed me how to use it.” Since then, Stefany has worked on a free-lance and full-time basis for companies such as Court TV, CNBC, NBC Universal and the MLB Network (major league baseball).

Remaining true to her technical roots throughout her career, Stefany specialized in satellite operations and transmission — her current focus at Bloomberg Television. Her department is responsible for bringing in transmissions from sources such as satellite feeds and fiber optic systems, along with quality control and troubleshooting. She strives to keep current with the continual technological changes in her field.

To excel in the field, Stefany said, recent graduates need to focus on networking and developing a solid reputation among their peers. For example, a fellow St. John’s alumna helped Stefany secure her job at Bloomberg Television: “She trusted me. She knew who I was and my background.”

Recalling her days with the Television Club, Stefany called it a special community. “We lived and breathed it. Whenever we weren’t in class, we were there.” Stefany tried to be as welcoming to new members as her predecessors had been to her. “If someone was standing around, you’d grab them and show them something.”

Ultimately, she added, “I’m proud of my career. And I’m grateful to my fellow St. John’s alumni for their support. I wouldn’t be where I am without them.”