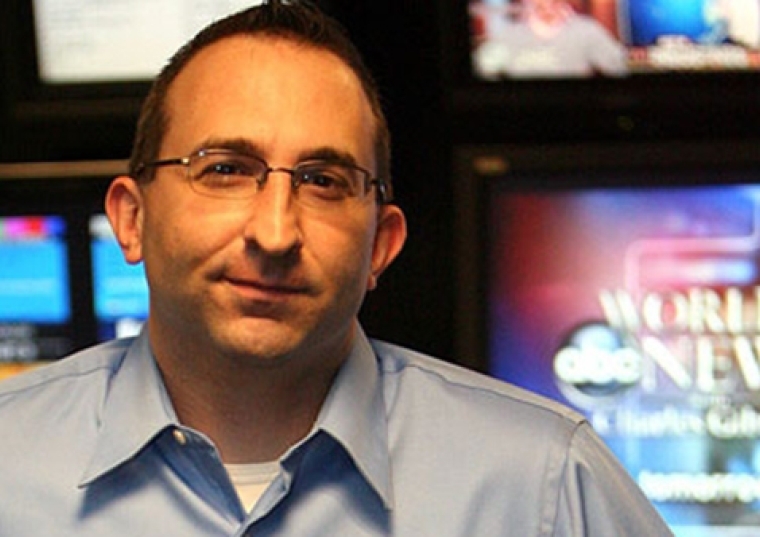 Ever since Roy G. Garlisi ’92SVC was young, he knew he would work in television, “I am very fortunate in that when it came time to think about college, I knew exactly what I wanted to study.” While many of his friends from high school went away to school he stayed close to home because he knew New York was where he needed to be for the career he would eventually pursue. “There is no better place in the world for a career in media than New York City. New York is the absolute center of the media universe.”

St. John’s Staten Island campus’ proximity to Manhattan was one of the main reasons why Roy chose the University to get his degree. After some research, he also discovered that the University's College of Professional Studies boasted an excellent TV studio and an aggressive internship program to provide students with valuable practical experience, “I worked on a student-run TV show at St. John’s.” The show was completely produced by students and as one of the only Staten Island representatives on the show, Roy was responsible for filming, writing and producing segments about life on the Island: “I covered everything from dance marathons, school plays, community news and other important issues for Staten Island students.  I was constantly running around with a camera and sticking a microphone in people's faces to get their opinions.”

Roy is currently an ABC news editor of World News with Charlie Gibson, and the winner of two Emmy awards, and knows all about the rewards of hard work and dedication: “I first joined ABC as a freelance editor working the overnight shift and it was brutal!  I missed many family events and had little time for a personal life. I worked every weekend and most holidays.” Soon after, he was promoted to full time editor at one of the flagship shows of ABC’s news division, “I absolutely love my job. It is exactly what I have always wanted to do. I work with very talented, skilled people on an exciting show with high production value.”

Roy believes the key to success in the media industry is for students to get good grades in all their classes, attain as many internships as possible and become involved in community service: “It’s important to be well rounded and active in the community. On every job interview I have ever gone on I have been asked about my community involvement. Employers want to know that you are charitable and a solid member of a community.  St. John’s focus on Vincentian values and the Vincentian mission produces more than an educated person; the University produces good citizens.  It makes for a good employee who can work well with other people.”