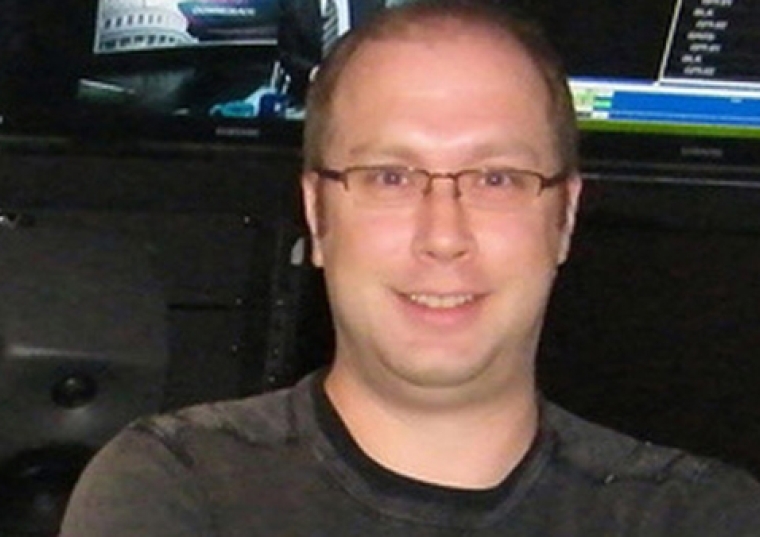 Before arriving at St. John’s University, Brian Drew ‘95SVC, knew he would pursue a career in the media. “Like a lot of kids born in the early-to-mid-70s, I was a child of Spielberg and Lucas. Cinema and television seemed like a natural calling to me since I was 14 or 15. There was no doubt once I got to college that was what I would pursue.”

A Producer/Editor on MSNBC’s “The Rachel Maddow Show,” Brian is part of a team that recently won an Emmy in the “Outstanding News Discussion and Analysis” category for a series of segments produced for Ms. Maddow’s show while she was reporting from Afghanistan, entitled, “Good Morning, Landlocked Central Asia.”

Brian’s decision to attend St. John’s was solidified after visiting the University’s state-of-the-art Television Center during an open house while he was a high school senior. As a freshman, he majored in Communications Arts, immediately joining the Television Club and getting a part-time job in the Television Center.

“It was a wonderful experience, and I wouldn’t be where I am now without TV Club, my professors and working at the TV Center,” he observed. “I made friends that I’ll have for the rest of my life, who were also invaluable for helping me find a job after graduation.”

While at St. John’s, Brian became accustomed to the often stressful environment of producing a weekly television show, and discovered the path he would follow once he graduated.

“I definitely focused on being an Editor near the end of my time at St. John’s,” adding that in Television Club, “you learned what you were good at. Before getting into a professional environment you learned what your aptitudes were. It’s invaluable because you don’t waste that time when you start your career.”

Brian eventually became President of Television Club during his senior year. “I learned a tremendous amount about managing people, about compromise and about putting yourself in a leadership role,” he remarked.

During his time at St. John’s, Brian interned at several companies, including WNBC, New York Life and “Geraldo.” “(Internships) are essential because you experience a professional environment where there’s real money on the line and real deadlines. You learn how to comport yourself professionally.”

Brian credits the strong network of St. John’s graduates for helping him get his foot at the door at MSNBC (where he has worked for the last 15 years). “This business is all about networking. Once you graduate and your friends spread out and get entrenched in different places it can be very beneficial to those who follow.”

He stressed, “I am where I am because a friend brought me in for an interview and it went well. The rest is history. I would not be here without my friends from school.”

Brian began his career “on the bottom rung” as a “Cuts Editor,” honing his craft, learning to work on tight deadlines and collaborating with show producers to provide them with what they needed. He eventually worked his way up to non-linear digital editing; doing show “opens” with special effects as well as longer feature pieces.

Brian eventually joined the staff of “The News with Brian Williams,” and worked there for much of its run, before joining “The Abrams Report.” He then accepted a position at “Countdown with Keith Olbermann,” where he worked for several years before taking on his current role as a Producer/Editor on “The Rachel Maddow Show.”

Their recent Emmy win, he said, was truly a group effort. “All the raw material was sent to us (via satellite) and we cut it here at 30 Rock,” he noted, adding that it was particularly challenging dealing with a 12-hour time difference, and wheedling down hours of interviews into editorially coherent pieces.

After 15 years in the industry, Brian makes a priority of keeping abreast of new trends and emerging technology. “This business changes so rapidly. The key is to position yourself for what will happen next. You have to be on point with emerging technology and be willing to adapt. That’s what I would tell someone entering the business today.”

Brian remains in close touch with many of his friends from the Television Club, and his fondness for his time at St. John’s is palpable. “It made me who I am today, no question, but what you remember most are the people.”