"Whoever gives to the poor will lack nothing, but those who close their eyes to poverty will be cursed" -Proverbs 28:27

About the Keynote Presenter 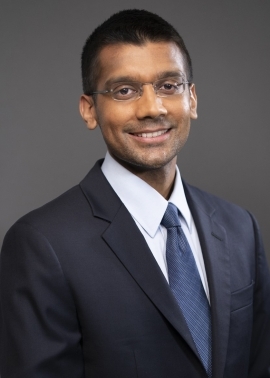 Dave A. Chokshi, MD, MSc, FACP was the 43rd Commissioner at the New York City Department of Health and Mental Hygiene, one of the leading health agencies in the world. He led the City’s response to the COVID-19 pandemic, including its historic campaign to vaccinate over 6 million New Yorkers, saving tens of thousands of lives. Dr. Chokshi architected treatment strategies, navigated school and economic reopenings, and served as principal public spokesperson. Under his tenure, the Health Department’s budget grew to its highest-ever level, reflecting investment in signature initiatives such as the Public Health Corps, Pandemic Response Institute, and New Family Home Visiting program. In 2021, the Department also stewarded the launch of the nation’s first publicly-authorized overdose prevention centers—as well as a landmark Board of Health resolution on racism as a public health crisis.

From 2014-2020, Dr. Chokshi served in leadership roles at NYC Health + Hospitals (H+H), including as its inaugural Chief Population Health Officer, where he built an award-winning team dedicated to transforming the largest public health care system in the country. He was also Chief Executive Officer of the H+H Accountable Care Organization (ACO), one of the few ACOs in the nation to achieve high quality and cost performance for nine consecutive years. He has been a practicing primary care internist at Bellevue Hospital since 2014 and is also Clinical Professor of Population Health at the NYU Grossman School of Medicine.

Previously, Dr. Chokshi served as a White House Fellow at the U.S. Dept. of Veterans Affairs, where he was the principal health advisor in the Office of the Secretary. His prior work experience spans the public, private, and nonprofit sectors. Dr. Chokshi has written on medicine and public health in The New England Journal of Medicine, JAMA, The Lancet, Health Affairs, Science, The Atlantic, Harvard Business Review, and Scientific American. In 2016, President Obama appointed him to the Advisory Group on Prevention, Health Promotion, and Integrative and Public Health.

About the Poverty Conference

The biennial poverty conference is a collaboration between the Vincentian Center for Church and Society and the Faculty Research Consortium.

The keynote lecture and discussions focused on the COVID-19 pandemic and the way in which it has highlighted social justice questions and inequalities in our society. The conference also included a special research poster presentation session showcasing scholars’ breakthrough work on poverty-related topics, including but not limited to