Bilingualism has been a motivating force and a pathway to success for Nicolás Cabrera ‘19G, who received a Master of Science (M.S.) degree in Library and Information Science from St. John’s University in 2019. 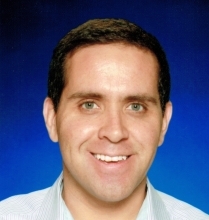 He is now a Bilingual Teen Librarian at the Denver Public Library in Denver, CO, a position he assumed in March 2020. In that role, he will be initiating and leading a virtual book club as part of the library’s Summer of Adventure program, geared toward helping teens cope with the COVID-19 pandemic. He hopes to support the immigrant community in Denver and provide needed resources through the library. Mr. Cabrera will also be working to expand the library’s Spanish language collection and digital collections for adults learning English.

While a master’s student at St. John’s, Mr. Cabrera entered a research project entitled “Santa Cruz de la Cañada: A Demographic Analysis of Parish Baptisms from 1877 to 1918” from his Research and Evaluation Methods course in the New Mexico Press Women (NMPW) Annual Communications Contest and it won two awards: first place in the Infographic design category and second place in the Speeches category.

His research project began when he volunteered for two years entering 8,189 baptism records into a database at the Hispanic Genealogical Research Center of New Mexico.

“As I finished the data entry, I knew I had some valuable demographic data,” he said. “I got in touch with the archivist at Archdiocese of Santa Fe and secured permission to analyze the data as a research project. I presented the results in a poster and oral presentation at St. John’s University research month.”

The records span several generations in the Roman Catholic parish of Santa Cruz de la Cañada and surrounding communities in northern New Mexico. Families traveled from nearby Spanish-Mexican villages and Native American pueblos to baptize their children in Santa Cruz. The quantitative study revealed detailed information, such as the average number of births by year and decade, most popular first names for girls and boys, most common surnames, sex ratio, average amount of time between birth and baptism, ratio of children born in and out of wedlock (legitimacy), how many single parents baptized children, number of children identified as Native American (Pueblo and non-Pueblo), number of children adopted, place of residence, and the number of children each priest baptized.

Mr. Cabrera also won first place in the Personal Website category for his website http://nicolascabrera.com and honorable mention for a radio interview on NPR affiliate KUNM 89.9 FM’s “Espejos de Aztlán” program. First place winners in the NMPW context move on to the national contest and winners of that round will be announced in June 2020.

“My poems are about family members,” he said. “They’re a way to keep the Spanish language and culture alive and make sure those stories are heard.”

Mr. Cabrera, who is originally from Albuquerque, NM, studied in Spain and taught high school Spanish until deciding to change careers and become a librarian.

“Librarianship and teaching overlapped in a lot of areas for me,” he said. “I liked the idea of being able to continue teach and mentoring in the community through my role as librarian.”

At St. John’s, he worked with Associate Professor Christine Angel, Ph.D., as a graduate assistant helping to produce a finding aid for a Center for Migration Studies collection in St. Augustine Hall. The project entailed sorting and indexing 42 boxes of letters, documents, and correspondence from Arthur P. "Skip” Endres, a former lawyer for the U.S. House of Representatives involved in major immigration legislation from the 1960s through 1980s.

“I am so very proud of Nicolás and all that he has accomplished,” said Dr. Angel.

In addition to his M.S. from St. John’s, Mr. Cabrera holds a master’s degree in Spanish from New Mexico State University, a Diploma of Advanced Studies in Audiovisual Communication from the University of Salamanca in Spain, and a Bachelor of Arts in History and Bachelor of Arts in Journalism and Mass Communication from the University of New Mexico. He is a first-generation college graduate and the first member of his family to have earned a master’s degree.