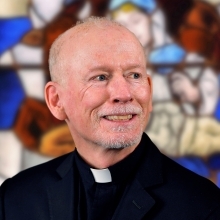 A native of Warwick, RI, Fr. Shanley holds a doctorate in philosophy from the University of Toronto and completed a postdoctoral fellowship at the University of Notre Dame’s Center for Philosophy of Religion. After completing undergraduate studies in history at Providence College in 1980, he earned a licentiate degree in philosophy from The Catholic University of America. He also holds a Master of Divinity and a licentiate degree in Sacred Theology from the Dominican House of Studies in Washington, DC.

Ordained a member of the Dominican Order of Preachers in 1987, Fr. Shanley taught philosophy at Providence College and was a visiting professor at Emory University’s Candler School of Theology. He served as a philosophy professor at The Catholic University of America from 1994 to 2005.

Fr. Shanley was the 12th and longest-serving president in the history of Providence College. Elected in 2005, he served three consecutive five-year terms and concluded his service as President on June 30, 2020.

During Fr. Shanley’s tenure at Providence College, he was widely credited with making substantial improvements to campus facilities and student services, hiring large numbers of new faculty, diversifying the student body, and strengthening the college’s national profile in academics and athletics.

In November of 2020, the St. John’s University Board of Trustees announced the unanimous election of Fr. Shanley as the University’s 18th President and he began his tenure on February 1, 2021.

Fr. Shanley has served as Associate Editor and Editor of The Thomist and as a member of the editorial board for the International Journal for Philosophy of Religion. He has also served on the executive committee of the American Catholic Philosophical Association. Widely published in philosophy-focused academic journals, his research interests include Thomas Aquinas, philosophy of religion, metaphysics, medieval philosophy, and ethics.

He is the author of two books and edited another:

An opera aficionado, Fr. Shanley is a self-described sports enthusiast who enjoys golf and incorporates assorted Chinese martial arts into his daily routine.