The Vincentian Chair of Social Justice was established in 1994 in response to the recommendation Pope John Paul II made to delegates of the Congregation of the Mission’s 37th General Assembly in Rome (1986): to search out more than ever with boldness, humility and skill the causes of poverty and encourage short and long-term solutions. University scholars and research fellows work with the Vincentians in their charism “to evangelize the poor” and encourage efforts to build a society based on Gospel values and the Vincentian tradition.

Kevin Ryan is a father, husband, child advocate, blogger and sometime runner. He arrived at Covenant House as a young lawyer in 1992 to provide legal aid to homeless youth and he now leads Covenant House International, one of the largest charities in the Americas dedicated to serving homeless youth, and ending child trafficking.

Founded in 1972, Covenant House’s work has been recognized with several of the world's most distinguished human rights awards, including the Conrad Hilton Humanitarian Award, the WOLA Human Rights Prize and the Olof Palme Peace Prize. Kevin describes Covenant House as a movement.

He and his Covenant House team have expanded the movement to 31 cities and 6 countries, most recently opening new Covenant Houses in Chicago, Asbury Park and Berkeley in 2017. Kevin is leading an aggressive expansion to end youth homelessness, which saw Covenant House reach 80,000 children and youth in 2017.

To support this expansion, Kevin and his team have built an international Sleep Out movement, involving thousands of participants across the United States and Canada who raise funds to house, feed and help homeless youth.

He championed groundbreaking research with Loyola University and the University of Pennsylvania, shaped by 911 interviews with homeless youth in 13 cities across Canada and the United States, which revealed in 2017 that 1 in 5 homeless youth has survived human trafficking.

His first book, Almost Home, a collaboration with former New York Times reporter Tina Kelley, became a national best seller in the Fall of 2012. The book tells the stories of 6 teenagers as they faced homelessness, violence and heartbreak in search of a place to call home. In 2015, President Barack Obama appointed Kevin to the President’s Advisory Council on Faith Based and Neighborhood Partnerships. In 2018, Kevin joined President Trump in the Oval Office to witness the signing of new human trafficking legislation that Kevin and Covenant House had championed for many years.

He is a graduate of Catholic University, Georgetown Law Center and NYU Law School. A former Skadden Fellow and Wasserstein Fellow at Harvard Law School, Kevin's numerous media appearances on behalf of children include the TODAY Show, CBS This Morning, CNN, MSNBC, EWTN, Good Morning America and two stints on 60 Minutes. He lives in New Jersey with his wife Clare. Together they have 6 Ryan children. 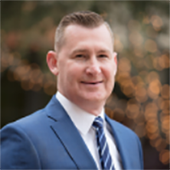 Bill Bedrossian, M.S.W., has served as the Chief Executive Officer of Covenant House California (CHC) since 2014. During that time, CHC has tripled in size and impact, adding additional sites in Berkeley and Oakland, with sites opening in Anaheim, Santa Clara, and another in Los Angeles by 2021.

With 25+ years of child welfare and homeless services experience, Mr. Bedrossian’s passion for working with youth came from his parents, who were foster parents for 30+ years, and adopted eight of his 11 siblings through the child welfare system. He began his career in social work doing street outreach, residential care, and behavioral modification therapy in Chicago, IL, in the mid-1990s. He subsequently spent 13 years with the Los Angeles County Department of Child and Family Services, leaving in 2008 as the agency’s South County Regional Director.

Between 2010 and 2014, Mr. Bedrossian was in executive leadership at Olive Crest, providing foster care, adoption, mental health, and family support services in southern California, Nevada, and the Pacific Northwest. He has a B.S. in Business Administration and Finance from Taylor University, a Master’s of Social Work from Loyola University in Chicago, and was an adjunct professor at the University of Southern California’s Graduate School of Social Work between 2012 and 2017, teaching nonprofit Finance, Public Policy, and Leadership in Social Work.

He currently serves as a Los Angeles County Children and Families Commissioner, providing oversight of the country’s largest Child Welfare and Probation departments. When he is not leading the movement to end youth homelessness in California, you will find him spending time with his beautiful wife, chasing after his two young sons, and rooting for any sports team from his hometown of Philadelphia, PA! 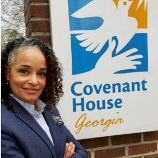 Dr. Redd earned a B.A. in Psychology from the University of Memphis, and an M.S.W. and Ph.D. in Social Work Policy Planning Administration and Social Science with a cognate in Public Administration from Clark Atlanta University. She has been continuously licensed as a Licensed Clinical Social Worker since 2000. Her areas of concentration include social and child welfare policy, commercial sexual exploitation of children, secondary trauma of social workers, refugee and immigration, racial identity, youth homelessness, and military families.

Throughout Dr. Redd’s career, she has offered herself tirelessly, using her business and academic expertise to create, manage, and ensure revenue for social service programs; scale projects; and seize opportunities to formulate strategies and strategic partnerships to bring safety, security, resources, unconditional love, and support to the most vulnerable populations.

Nelson Mandela profoundly stated, “Safety and security don’t just happen; they are the result of collective consensus and public investment. We owe our children, the most vulnerable citizens in our society, a life free of violence and fear.” Mr. Mandela’s words reflect Dr. Redd’s beliefs; for this reason, she is a servant leader and social worker, dedicating her life and career to ensure the safety, well-being, development, and stability of children and their families.

Stop the Trafficking: Home and Hope for Homeless Youth

From Homeless to Hope