LGBTQ+ History Month centers around National Coming Out Day, which is held on October 11.  LGBTQ+ History Month was first celebrated in the United States in 1994 to highlight the contributions of lesbian, gay, bisexual, transgender, queer, questioning plus (LGBTQ+) individuals, and the community. The October celebration is distinct from Pride Month, which is celebrated each June and focuses on LGBTQ+ equality.

The Impact of Ballroom on Black, Brown, Queer, and Trans Communities

This month, St. John’s University’s Office of Multicultural Affairs (OMA) honors the history, heritage, legacy, and worldwide influence of an aspect of LGBTQ+ history—Ballroom culture. From documentaries like Paris is Burning (1980) or Kiki (2017), to popular shows like FX’s Pose (2018), to competition shows like HBO’s Legendary (2020) and music videos, the history of Ballroom is strong. According to an article in Rolling Stone magazine, Ballroom culture has offered ways for queer Black and Latinx folx to “figure out how to respond to a society that devalued their lives and attempted to erase their presence.”

This panel discussion, with a closing Q & A, will examine the culture, language, and art of Ballroom and spotlight its history and impact on the world. 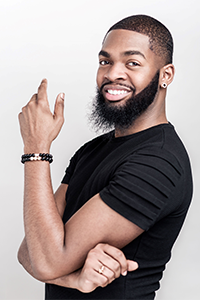 Kemar Jewelis a Black Queer director and choreographer from Jamaica, Queens, who was raised in Philadelphia, PA. His art can be seen in live performances, music videos, and musical theatre. As a member of the Legendary House of Lanvin, Mr. Jewel, a Drama League Musical Theatre Directing Fellow, draws inspiration and technique from the Ballroom scene and infuses it with his formal training from Temple University. He went viral and became an internet sensation in 2014 for his Voguing Train video.

His projects have garnered more than 14 million views across various social media platforms and have been featured in Time and Vogue, on FOX News, and in film festivals around the globe.  Most recently, Mr. Jewel’s newest project headlined 2021’s Global Black Pride event, where his work was presented after the keynote speaker, President Joseph Biden. Other credits include work with the Signature Theatre Company, FringeArts, Temple University, the Helen Mills Theater, the Guggenheim Museum, and LANVIN. For more information, visit www.Kemarjewel.com. 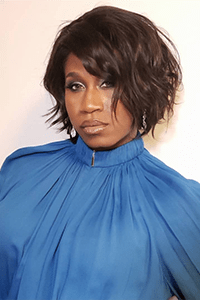 Jonovia Chase Lanvin, a producer and organizer, resides in New York City. She is integral to several organizations and events addressing intersectional social justice and activism. As a community stakeholder and leader within the House Ballroom and LGBTQ communities, Ms. Chase continues to mobilize to raise awareness on health and wellness.

Over the years she has produced numerous events independently and through her work at SUNY Downstate Health Sciences University’s Health and Education Alternatives for Teens program and the Hetrick-Martin Institute, along with other community-driven initiatives including #House Lives Matter, Ballroom Freedom School, the Keeping Ballroom Community Alive Network, New York State AIDS Institute Ending the Epidemic Transgender and Gender Non-Conforming People Advisory Group, and New York City’s Kiki Coalition. Annually she coproduces the national House Ballroom Leadership Convening and initiative #HouseLivesMatter, a growing international initiative created for and by the House Ballroom community.

Expanding into television and film, Ms. Chase has grown from being an assistant to the executive producers Nina Jacobson and Brad Simpson, to the Ballroom Coordinator of the FX Fearless Network show Pose (cocreated by Steven Canals, Ryan Murphy, and Brad Falchuk). Pose is an Emmy Award-nominated show with the largest transgender cast in history centering on the NYC underground House Ballroom culture in the 1980s and 90s. With her talent and sophistication, Ms. Chase is undoubtedly a self-proclaimed renaissance woman ready to take on the world, now codirecting and producing her first development deal film with additional film projects in the works. 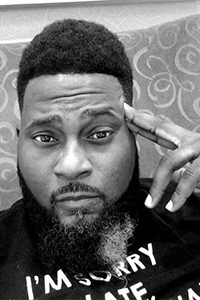 Ronald G. Murray is also known as Icon Overall Godfather Ron “drama” Xclusive Lanvin. He  lives in Columbus, OH, and began his ballroom career in 1994. Mr. Murray is a licensed social worker and chemical dependency counselor and has a master’s degree in public administration.

He is a well-respected and sought-after national expert-level trainer. Mr. Murray has educated and advised many providers, educators, and health departments on ballroom culture and best practices to service the Ballroom community. He has the honor of being the first person to do a TEDx Talk on “The Language of Ballroom Culture.”

Mr. Murray is the owner of P.E.A.C.E of Mind, LLC, a consulting agency committed to providing personal and professional development/education to individuals and organizations throughout the country. He is also one of the creators of the newly launched community service component of the House of Xclusive Lanvin, the XL CARES Initiative. 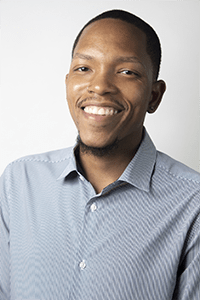 Currently, he is a member of the University of Rochester School of Nursing’s Interdisciplinary Sexual Health and HIV Research Group, where he collaborates with researchers on a variety of scientific studies. In addition to conducting research, Mr. Smith is the Executive Director of the Keeping Ballroom Community Alive Network, which provides capacity building and professional development services to ballroom community members and their allies.