Latinx Heritage Month (also known as National Hispanic Heritage Month) is nationally celebrated from September 15 to October 15. These dates hold a special significance in the Latinx/Hispanic community as they commemorate the anniversaries of the independence days of several Latin American countries, including Chile, Costa Rica, El Salvador, Guatemala, Honduras, Mexico, and Nicaragua, among others. LHM honors the rich legacy, traditions, contributions, and achievements made by Latinx and Hispanic individuals and communities.

To obtain a virtual event invitation link to any of these respective events, you must register using the RSVP form.

This event and discussion features Janel Martinez (Ain’t I Latina?); Griselda Rodriguez-Solomon, Ph.D.; and Miguelina M. Rodriguez, Ph.D. (Brujas of Brooklyn). Join us as we engage in a discussion on what it means to be Afro-Latinx.

Janel Martinez is a writer and founder of the award-winning blog, Ain’t I Latina?, an online destination celebrating Afro-Latinx womanhood. The Bronx, NY, native is a frequent public speaker discussing media, culture, and identity, as well as diversity, at conferences and events for Bloomberg, NBCU, SXSW, Harvard University, and more. She has appeared as a featured guest on national shows and outlets, such as BuzzFeed, ESSENCE, NPR, and Sirius XM, and her work has appeared in Adweek; Univision Communications; O, The Oprah Magazine; Remezcla; and the New York Times.

The Honduran-American has been nominated for the 20th Annual Rosoff Award in the 20-Something Category and won the Afro-Latino Festival of New York’s Digital Empowerment Award. In 2018, she was recognized at City Hall by the New York City Council’s Black, Latino, and Asian Caucus and the Bronx delegation to the New York City Council for her contributions as a woman of Garifuna descent.

Her work will be included in the forthcoming anthology, Wild Tongues Can't Be Tamed, which will be published in the Fall of 2021 by Flatiron Books. 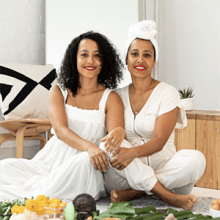 The Brujas of Brooklyn are Griselda and Miguelina, identical twin Black Dominicanas, who merge the magic of ancestral medicine with sharp intellect. Their platform provides the balm to help folks heal from internalized oppression, particularly women.

As certified kundalini and hatha yogis, these sisters design multisensory workshops that provide sacred space for women of color to heal from womb imbalances. Both are professors of the Social Sciences within the City College of New York. They have both authored academic pieces on the effects of racialized oppression on communities of color, Dominicans in particular. Joy is their ultimate form of resistance.

Richard D. Pineda, Ph.D., is a tenured Associate Professor in the Department of Communication at The University of Texas at El Paso, where he also currently serves as Chair of the department and Director of the Sam Donaldson Center for Communication Studies.

Dr. Pineda’s research and public advocacy focuses on the intersection of political communication, culture, and leadership. His own background as a native son of El Paso, TX, growing up on the US-Mexico border as a bilingual, bicultural, individual, has informed his interest on issues such as political rhetoric toward and about Latina/os in the US, immigration as a public controversy, and popular cultural representations of politics and identity.

Dr. Pineda is highly sought after as a commentator on political communication and appears quite frequently on regional and national media to discuss politics, communication, and culture.

Kite Workshop Materials (Note: Materials can be purchased from the links below or similar items may be ordered or picked up at a local store nearest you.)

If you would like to participate at no cost to you, our office has limited kite kit supply options.

Off-Campus Participation: For students who are off campus or out of the region, OMA will purchase and send supplies to the first 15 students who direct message (DM) their name and mailing address via our office’s Instagram account @stjohnsOMA.

Rafael Domenech was born in Havana, Cuba. Mr. Domenech is interested in globalized socio-economical infrastructures, contemporary material productions, and their relationships to the continual evolution of the urban landscape, the production of architecture, and the manufacturing of language. Through a multidisciplinary artistic practice, he employs analytical notions of radical architecture and public programing as tactics for an exploration of different typologies of objects, experimental publications (i.e., artist books), and architectural models.

His work has been exhibited at SculptureCenter; Socrates Sculpture Park, Long Island City; The Bass Museum, Miami Beach; Phillip and Patricia Frost Art Museum, Miami; Bronx Museum of the Arts, New York; Artium Museum, Vitoria, Spain; Fredric Snitzer Gallery, Miami; and The Rockefeller Foundation, New York. He was the recipient of an award from the Rockefeller Brothers Fund, Tulsa Artist Fellowship, and the Cintas Fellowship. He holds an M.F.A. from Columbia University.

The closing event is a two-part event!  The first part is live dance lessons led by Sensación Dance Team held at 7 p.m. EST on the @stjohnsOMA Instagram page. The second part is a live DJ performance held at 8 p.m. on the Twitch app featuring the Heavy Hitter DJ Fatfingaz. Participants must create a Twitch account to access the DJ event, and can access the dance lesson from Instagram. For further event details, follow @StJohnsOMA on Instagram. 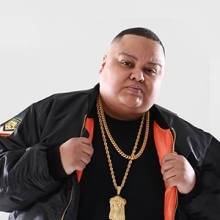 The New York native DJ Fatfingaz is immersed in practically every aspect of DJ culture. This has allowed him to make a name for himself as a force in the industry. His foundation in the technical art of party rocking, combined with a background in technical skills, enables DJ Fatfingaz to move people, whether it would be at mega nightclubs, concerts, and festivals, or on live radio. He is a champion-level DJ, competing and ranking in third place at the 2004 DMC NYC next to two World DMC champions and BET’s 106 and Park DJ champion.