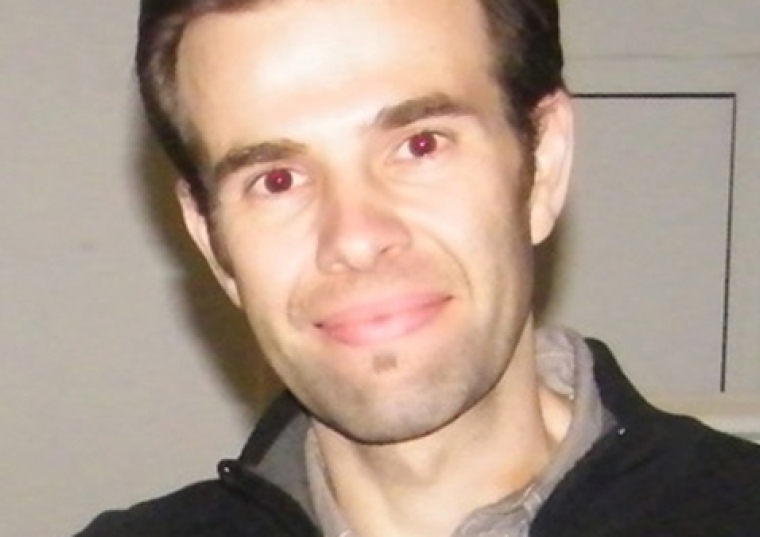 Even before Steven Laux ‘94SVC attended his first class at St. John’s University, he was well on the way to shaping his future. Executive Vice President at The FORT Group, a marketing and production company based in northern New Jersey, Steven always knew he would work in the media. “I was a TV kid. I loved movies and music, and wanted to parlay that into a career,” he said.

Steven has been with The FORT Group since 1994. Today, he is not only actively involved in all the production work done there; he is also responsible for molding the company’s creative vision — bridging the gaps between clients and staff.

As a high school senior, Steven chose to attend St. John’s because he knew freshmen receive immediate access to the University’s ultra modern Television Center. Thanks to timely advice from a guidance counselor, he had obtained a job there assisting professors with their classes, and was working before his first college semester began. He also became an active member of the Television Club.

“It was exciting to start working (with the equipment) while still learning the theory,” Steven said. “I’m a trial-by-fire kind of guy. I wanted to get my hands on the equipment, figure it out and start applying my creative vision.”

At the time, Television Club members produced a weekly television show called Redmen Magazine (now known as Eye of the Storm), shown internally at St. John’s, and on public access television for several years. Steven immediately immersed himself in all aspects of its production. “It happened at the right time for me as a person, having come right out of high school. Whatever your label might’ve been in high school (at TV Club), you had a clean slate. Everyone was very welcoming.”

Whether working on the show, creating his own student projects or collaborating with others, Steven felt his time at TV Club was an excellent primer for his future career. “If you know anything about this industry, it’s about collaboration. Even the Steven Spielbergs of the world have a team that helps bring their vision to life.”

Elected President of the TV Club in his senior year, Steven learned more invaluable lessons. “People have told me I was an old soul to begin with,” and there he was faced with navigating disparate personalities all working toward a common goal. “It taught me about leadership, not just in general terms, but how to moderate and mediate conflict.

“Whether you’re in the corporate world or on the set of a television show, you have so many different personalities – whether they’re creative, administrative or senior executives, you have to know how to play nice in the sandbox, because at the end of the day it’s about getting something done. You have a goal to achieve and you have to work with these people.”

Steven advises students to obtain a good internship, something which led him to the job he now has. “There’s no substitute for real-world experience,” he said. “I’m proof that an internship works, but it really is about what you make of it.” Getting an internship at a smaller company often gives students more opportunities for practical experience and greater responsibility, he added.

As the company has grown, Steven’s responsibilities have evolved considerably. “We started as a production company and we’ve evolved into a multi-media service provider for our clients.” Steven started out producing, writing and shooting material, and was eventually assigned to manage a team of producers. In his current role as EVP, his focus is on nearly every aspect of the company.

“It’s interesting how things change,” he observed. “But I’m still who I am, so it’s a question of how do I contribute? How do I take all that experience, and help our clients realize their goals? That’s what’s most important. Without them, I don’t have a job.”

FORT’s previous clients include Subway, Smart Balance and Golf Digest, among others. Recently, Steven was directing a commercial for Marvin Windows and Doors, overseeing all the elements that go into the final product, including lighting, set design, shot composition and wardrobe, while still being available to the client to hear their concerns and implement their changes.

He stressed that on the day of an event he prefers to leave nothing to chance, whether that means creating extensive storyboards for his shots, lining up key support personnel, or using the best possible equipment.

“When a client has committed to spending marketing dollars, they are essentially turning it over to us. Then we have the opportunity to take our intellectual property, experience and unique ideas and turn it into something that enacts change. I like change, so I like to change situations for our clients. I like to know that when that spot ran it moved the needle for them.”

Steven also serves as Show Runner/Executive Producer for the nationally syndicated television show HouseSmarts, and credits his experience working on Redmen Magazine as invaluable to its smooth operation.

What keeps Steven engaged, he said, is that his business is in a constant state of change. “I know that tomorrow is going to be different from today, and that’s what keeps me interested.”

St. John’s is never far from Steven’s mind. His wife Brenda is also a St. John’s alumna and former member of the TV Club, and he maintains close ties with his friends from there. “(St. John’s) is always on the periphery – maybe because I was so involved for four years it’s stayed with me.”