Alumnus “Takes Every Opportunity” to Excel in Television Industry 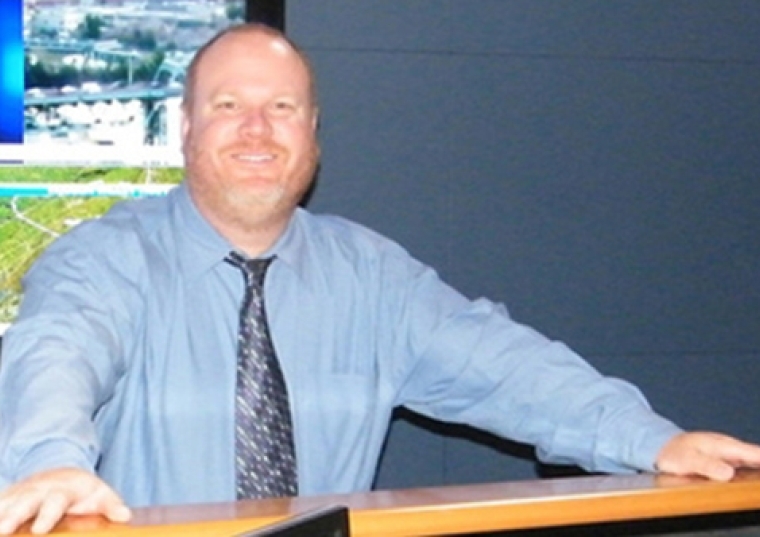 Alumnus “Takes Every Opportunity” to Excel in Television Industry

"You make your own opportunities. You have to show initiative to be successful in any job." Peter Shields ’95SVC learned that philosophy at St. John's University, and it has served him well throughout a rewarding career in the television industry.

Since 2006, Shields has been executive producer at Cablevision's News 12 Long Island Traffic and Weather Channel (Cablevision channel 61). He also created News 12’s interactive traffic channel (Cablevision channel 612). "Originally, I saw myself as an on-air personality, but I realized my strengths lie behind the scenes," he observed. “I actually discovered that at St. John's, as a member of the Television Club."

A communication arts major, Shields joined the TV Club as a freshman, immersing himself in all aspects of production. “In the club, you practiced the theories you learned in class,” he said. “During the week, you might be taking a TV production class about the switcher (a device used to select between several different video sources), and on Friday you were switching shows."

The TV Club provided Shields with many experiences that proved valuable in his working life. Elected treasurer in his sophomore year, he learned how to deal with budgets and, just as importantly, how to manage his peers. As a senior, he became head writer for the student-produced program Eye of the Storm, learning to coach "raw" on-air talent—something he does to this day.

"I had a blast at St. John's," he recalled. "The classes were great. The professors were knowledgeable and genuinely interested in the students’ well-being. I made great friends with whom I'm still in touch. The TV Club has really grown, and I'm so pleased to see that."

After graduation, Shields entered a family business, delaying his start in the media industry by four years. He was initially hired by Cablevision as a master control operator (someone who works in the control room ensuring the quality and accuracy of on-air programs) for both News 12 and Metro Traffic and Weather, which have since merged. "I went from managing a large staff to an entry-level employee, which was tough," Shields noted.

"I took unpaid off-hours assignments and read technical manuals during whatever downtime I had,” he said. “I spoke to the engineers and learned everything I could, and after a while it paid off."

Eventually, Shields was offered the chance to create an interactive traffic channel at News 12. Six months later, the channel was launched; Shields has managed it since its inception.

Today, he supervises five separate studios that go live with traffic and weather reports every 15 minutes. In this role, he calls upon the skills he acquired at St. John's nearly every day. He has helped develop cutting-edge technology that has improved the information gathering methods necessary to provide up-to-the minute reports, and is constantly working with on-air talent to achieve a consistently high level of performance.

"A lot of what I do is talent coaching," he noted. "It's about trying to get people to sound on the air the way they sound in real life, and to help them feel comfortable and confident. That really did come from my TV Club experience.”

"Many of the reporters I've worked with have moved on to positions in other organizations or have become some of our most popular staff members," Shields said. "It's great to watch them grow. There’s enormous camaraderie here—we don't have a lot of turnover."

"Our team provides a valuable service, and News 12 Traffic and Weather is consistently ranked one of the top channels in the cable lineup," he noted.

The lessons he learned at St. John's have been key to his success, Shields observed. "In my career, just as in college, I get involved wherever I can. Every opportunity is a chance to better ourselves, and to be seen in a different way. My advice to young graduates would be to learn whatever you can about the field you're in. I would never have dreamt of the opportunities that would eventually come my way."