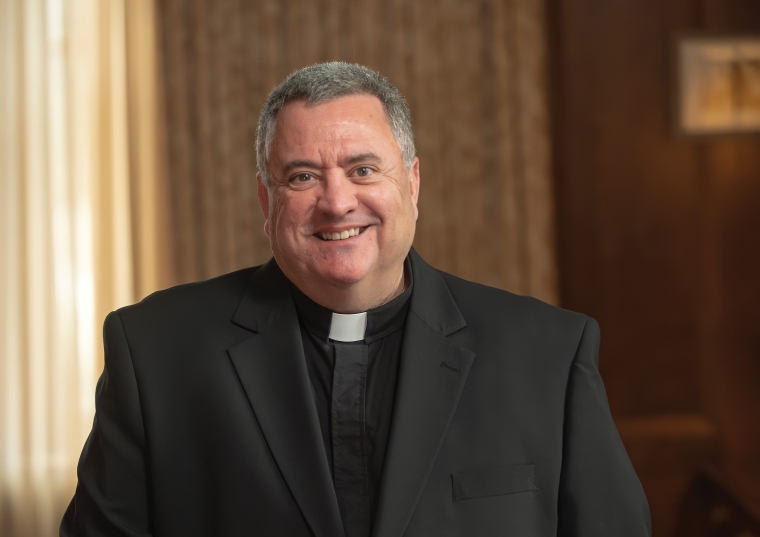 "The University of Scranton, like St. John’s University, is a school that with such authenticity and passion believes in its mission and works to carry out that mission every day and in every way possible."

“I have a great appreciation for St. John’s University and have fond memories of my time there,” he shared during a recent interview. “My first experience as a student and later as an administrator prepared me for a professional career and a lifetime of service to others.”

Like his personal vocation journey, his education, life experiences, personal mentors, and professional career have all been influenced by manifold experiences and encounters that have prepared him to lead and serve two charisms that transcend both the Society of Jesus (Jesuits) and the Congregation of the Mission (Vincentians).

Fr. Marina arrived at the Queens, NY, campus in the Spring of 1981 as a first-year college student. After graduating high school and feeling the tug of a vocation to religious life, the Phillipsburg, NJ, native joined the Brothers of the Sacred Heart, who sent their Brothers in formation to study at St. John’s.

He became a novice, professed vows, and graduated from St. John’s in 1986 with a Bachelor of Science degree in Physical Science and a minor in Theology and Religious Studies. After college, he spent time teaching high school students; after a serious vocation discernment, he left the Brothers of the Sacred Heart at age 25. With a one-way ticket to Florida in his pocket, Fr. Marina planned to relocate when a chance encounter with an administrator from St. John’s changed the course of his personal and professional career. 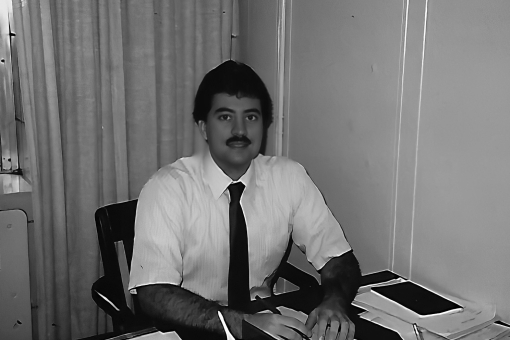 “Sr. Margaret invited me to come work with her and that began my career in higher education—and it ultimately changed my life,” Fr. Marina said. He worked at St. John’s University from 1987 to 1998, spending nine years at the Queens campus and two more at the Staten Island, NY, campus. He steadily climbed the ranks of academic leadership and became Assistant Dean for Metropolitan College.

“Joe always had leadership potential, and that, combined with his commitment to improving the lives of others, was evident even at that early stage of his career,” recalled Sr. Fitzpatrick.

Maria Allegretti, a longtime St. John’s employee, echoes that sentiment. Having recently retired as Assistant Dean of St. John’s College of Liberal Arts and Sciences, she was first hired by Fr. Marina.

“Joe and I first met back in 1989, at which time he headed the newly formed Division of Special and Opportunity Programs on the Staten Island campus. These programs were geared toward assisting academically and economically underprivileged students to prepare them to succeed in college. During that time, I had many opportunities to witness firsthand Joe’s innate ability to connect with people across a variety of settings. He had a way of connecting with students, faculty, and colleagues that was unique. Joe seemed to energize and engage everyone in a manner wherein everyone felt they were a valued member of the team working toward a common goal. I genuinely believe many of our student success stories were a direct result of Joe’s visionary leadership style.”

She continued: “On a personal level, while working together, Joe continuously encouraged me to further my education. He helped me to believe I could accomplish much more than I imagined at the time. I honestly believe I would not be where I am today were it not for Joe’s unwavering support, mentorship, and encouragement over the past 33 years. The University of Scranton is certainly blessed to have Joe as their leader, and I look forward to seeing what wonderful accomplishments he achieves as President.”

Stints as Assistant Dean for the College of Science and Mathematics at Montclair State University and as Dean of the School of Continuing Education at Providence College followed his tenure at St. John’s. Along the way, Fr. Marina earned a Doctor of Philosophy in Administration and Supervision from Fordham University, a Master of Divinity and a Master of Theology from Boston College, and a Master of Science in Secondary Education from St. John’s University. His research interests include leadership and organizational change, and, in the area of theology, scripture and the question of nonbelief.

In 2004, at 42 years old—and with years of professional experience in higher education administration—Fr. Marina joined the Society of Jesus, a Roman Catholic religious order founded by St. Ignatius of Loyola with a long tradition of forming teachers and scholars. Jesuit formation takes 10 to 12 years, so it was unusual to have a novice of that age.

“It was the time in my life for me to make a vocation decision and I came to know the Jesuits during my doctoral studies at Fordham, a Jesuit-led university in Bronx, NY. “With the Jesuits, I felt like I was coming home,” he said.

Fr. Marina was ordained to the priesthood on June 9, 2012, by the late Cardinal Edward M. Egan, the Archbishop Emeritus of New York, at the Fordham University Church.

“Joe’s ascendancy in higher education comes as no surprise as his commitment to the transformational power of a values-based education was nurtured here at St. John’s and nurtured through administrative roles he held in our Division of Special and Opportunity Programs,” stated André McKenzie, Ed.D., Vice Provost.

“In looking back on Joe’s time here at St. John’s, the care and concern he demonstrated toward others, coupled with his strong organizational abilities and interpersonal skills, paved the way for his progression up the ranks of College and University leadership,” Dr. McKenzie said. “Joe continues to be a consensus building, service-driven leader, both strong in his faith and in his commitment to educational opportunity.”

From December 2020 to February 2021, Fr. Marina briefly served as Acting President at Le Moyne College. Before his tenure as Provost and Vice President for Academic Affairs, he held positions at Le Moyne as Associate Provost, Interim Chair of the education department, and Special Assistant to the President.

As the President of the University of Scranton, Fr. Marina identifies ongoing strategic priorities. “Academic excellence, care for the human person, and social justice are all vital issues for Catholic higher education today,” he said. “Affordability and access are critical issues for potential students in most Catholic colleges and universities today.”

“Being a college President is a lot of work, but it is good and meaningful work,” he added. “I imagine St. Ignatius walking around the Scranton campus and smiling about what is happening here—and that makes me smile. The University of Scranton, like St. John’s University, is a school that with such authenticity and passion believes in its mission and works to carry out that mission every day and in every way possible.”

Recalling the formative time he spent at the large, urban, Vincentian-run University, Fr. Marina emphatically declared, “I have profound gratitude and respect for the mission and people of St. John’s. They will always be in my heart and prayers.”