As a special education teacher and Restorative Justice Coordinator at M.S. 839 in the Windsor Terrace neighborhood of Brooklyn, NY, Jorge Santos ‘10CPS, ‘12G, ‘18GEd has been thinking a lot about the role of educators in society. 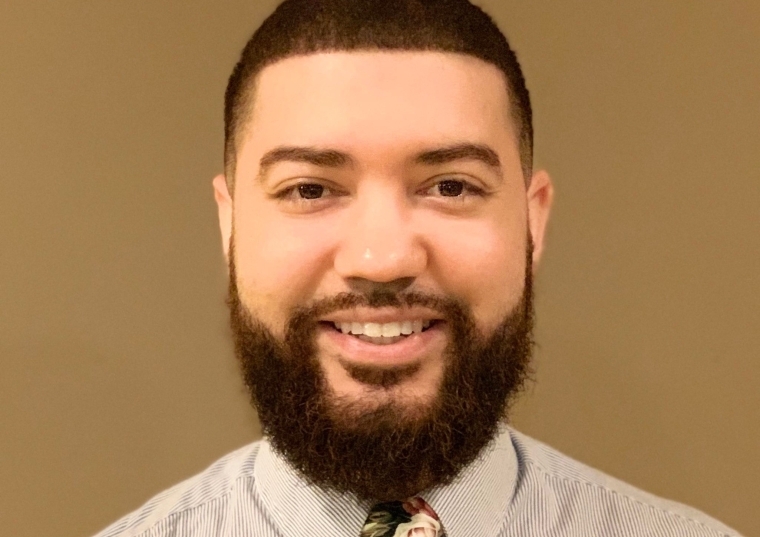 Through the COVID-19 pandemic and unrest following the killing of George Floyd, Mr. Santos has reflected on anti-racism in education, and the role of educators in dismantling white supremacy.

“If we allow education to stay the same, we’re allowing a patriarchal culture of white supremacy to remain,” said Mr. Santos. “The role of educators is to show students that discrimination in any form is wrong. If we want to be ethical human beings, we need to understand why discrimination is wrong.”

In a recent article for Education Post entitled, “James Baldwin’s ‘Talk to Teachers’ Is Just as Relevant Today,” Mr. Santos reflects on James Baldwin’s 1963 speech on the responsibility of educators to address racism in America.

“Sometimes we must look at the past in order to see our future,” said Mr. Santos. “People have laid the groundwork for us. We don’t have to reinvent the wheel.”

One of the educators who “laid the groundwork” for Mr. Santos’ career is Professor Judith Ryder, Ph.D. While enrolled in the Master of Arts program in Criminology and Justice at St. John’s University, Mr. Santos took Dr. Ryder’s Restorative Justice course.

“I enjoyed the course, but I never imagined it would have such a huge impact on my career,” he said.

Now, as the Restorative Justice Coordinator for M.S. 839, Mr. Santos focuses primarily on the role restorative justice plays in schools. During the COVID-19 pandemic, he has been hosting Zoom conferences on dismantling racism and anti-Blackness and inviting teachers to hold discussions on racial equity.  He has also been working to support students, especially students of color, as New York City schools prepare to reopen in the fall.

“Restorative justice is about building community, and my role is to ensure that the school culture incorporates these aspects of community,” said Mr. Santos. “We encourage social and emotional growth for students experiencing trauma instead of suspending them. We promote the power of conversation and invite families into the process.”

As part of these initiatives, Mr. Santos has established a student-led fairness committee circle for students who have committed harm within the community. Instead of taking punitive measures against the student’s behavior, the circle works to understand the student’s experience and provide them with the opportunity to apologize and grow from their experience.

After graduating with a B.S. in Legal Studies from St. John’s, Mr. Santos found a job in a law firm and decided that career path wasn’t for him.

“To quote the great Shirley Chisholm, ‘Service is the rent we pay for living on this earth,’” he said. “I wanted to serve the community.”

Mr. Santos completed his M.A. in Criminology and Justice and then, through the NYC Teaching Collaborative, a Master of Science in Education at St. John’s. He attributes his path to his current role as Restorative Justice Coordinator to understanding the role of the “school to prison pipeline,” a concept he learned through his M.A.

“Criminology is about preventing crime, which is better than reacting to it,” he said. “You learn how to look at statistics and interpret information, as well as how the racist policies currently in place stem back to Jim Crow laws. School can perpetuate trauma by suspending Black and Latino children at a higher rate, which feeds into the problem of mass incarceration. The Criminology program helped me develop this understanding of race in America.”

Over the next school year, Mr. Santos will be working even harder to develop initiatives at M.S. 839 that make students “feel like they have a place.” Although he did not anticipate his current career path while he was in school, his background and education have helped him find a role of service and fulfillment.

“Everything I’m doing now comes from what I learned at St. John’s,” said Mr. Santos. “Commit yourself to the work you are doing, and you never know how things will come full circle.”