Letter from the President 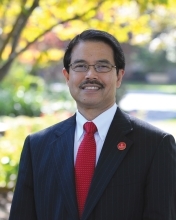 As the University begins the 2017–2018 academic year, we look forward to another year of ensuring the success of all St. John’s students.

My recent State of the University Address spoke to this effort, and the stories you read in this issue of The President’s Newsletter reflect our progress. First and foremost, we celebrate the achievements of our students. You will read about the 147th Commencement Exercises, where 700 students graduated with honors—19 earning a perfect 4.0 GPA. Their accomplishments were recognized by our Commencement speaker, His Eminence Peter Kodwo Appiah Cardinal Turkson, who serves as the Vatican’s Prefect of the Dicastery for Promoting Integral Human Development. Cardinal Turkson has devoted his life to helping the poor and underserved in the spirit of St. John’s Vincentian mission.

Student success depends upon a strong and committed faculty, enhanced facilities, and alumni support. This year, we added 40 faculty to our ranks. We opened the new Long Island Graduate Center, located in Hauppauge, NY. And we experienced a seven percent increase in funds raised in 2016–17 compared to the previous year.

St. John’s Board of Trustees provides strong support for achieving our goals. In this issue of The President’s Newsletter, you will be introduced to four new members of the Board.

Our alumni and friends continue to show their fidelity to alma mater. This year’s Grand Alumni Homecoming Weekend drew more than 1,600 graduates back to our Queens, NY, campus, and the Founders Dinner celebrated the expanding circle of those making cumulative gifts of $1 million or more to St. John’s during their lifetimes.

I am proud of these accomplishments and am grateful for the continuing support of our parents, alumni, friends, and partners as we prepare St. John’s students for successful lives and careers.

The School of Education

College of Pharmacy and Health Sciences

Through Courses and Recruitment, St. John’s Expands its Global Reach

Accelerating the Momentum for Change