“You can’t give what you don’t have,” explained George E. Blair ’67Ed.D., “and St. John’s gave me things I was looking for that I never found anywhere else.” 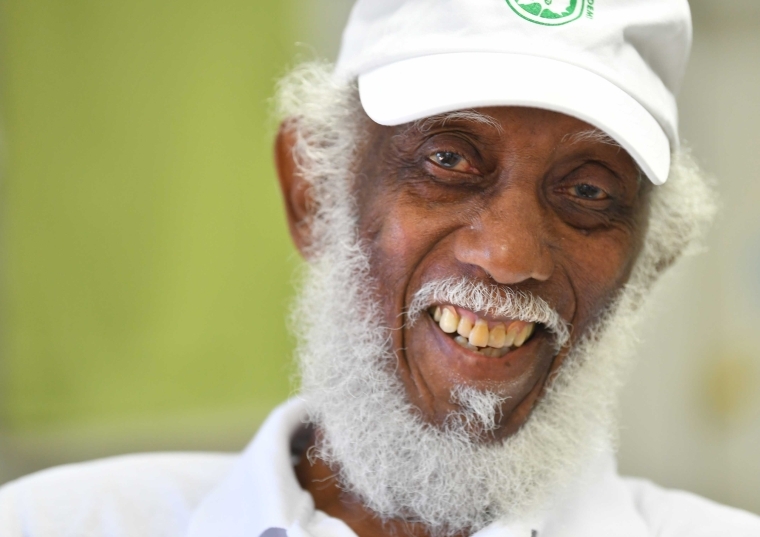 “You can’t give what you don’t have,” explained George E. Blair ’67Ed.D., “and St. John’s gave me things I was looking for that I never found anywhere else.”

By every account, Dr. Blair has lived an extraordinary life, making the most of his 90 years in a way few people ever do. A cowboy, an equestrian, an administrator, a teacher, and most importantly, a student of the human condition, Dr. Blair espouses the notion that life’s journey is rife with opportunities to improve the lives of his fellow man, especially those who need it most.

For nearly 40 years, Dr. Blair and his wife of 67 years, Ann, have owned and operated the New York City Riding Academy, an equestrian center located on Randall’s Island that gives children from the five boroughs opportunities they would be hard pressed to find anywhere else. There they learn the basics of horseback riding, but, more importantly, they are taught fundamental life skills such as respect, collaboration, and dedication. The program is offered free of charge to students. “They don’t have to pay,” Dr. Blair stressed, “but they have to pay attention.”

Dr. Blair also founded the Black World Championship Rodeo, which performed for many years in Col. Charles Young Park in Harlem, inviting African-American horsemen from around the country to compete, even paying for their airfare. Dr. Blair is a descendant of one of the first Buffalo Soldiers, men who served in African-American regiments during the Civil War. 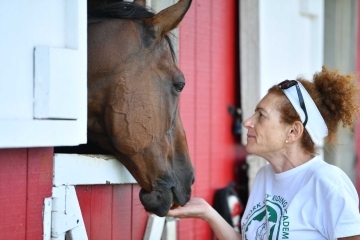 Founded in 1982, the Academy sits on a bicycle path overlooking the Harlem River that offers picturesque views of Manhattan. Dr. Blair and his wife cobbled together the trailers, stables, and fencing from wherever they could obtain them, and the site in which the Academy now stands is a former garbage dump.

“The riding component is simply an extension of my efforts as a master teacher. As a teacher, I have to get the attention of my students. The horse does that,” Dr. Blair said, smiling. “When I went to St. John’s I was searching for a way of looking at religion and the universe in a way that I could understand and teach. The horse gives me that vehicle.”

“My instructors at St. John’s were patient and scholarly,” Dr. Blair recalled. “One of the things that struck me at St. John’s was that, at the time, there was prayer before classes. That goes back to the notion of discipline and character, and these were things I hadn’t found at other universities that I attended. There was calm and peace there. Our academy is calm and peaceful, like St. John’s. You do not hear any noise.”

At St. John’s, Dr. Blair stressed, “I never had a bad teacher. They were an amazing group of people. Not only did they know what they were doing, they made sure we knew what we were doing.” He noted that his professors would always stay after class to field questions or explain principles that were unclear or complex. “Again, I did not find that in any other university I attended.” According to Dr. Blair, St. John’s helped him smooth out the rough edges.

Dr. Blair had just mustered out of the US Army as a commissioned officer before attending St. John’s. “I learned self-reliance at St. John’s,” Dr. Blair said. “People need to learn to stand on their own two feet and not ask for handouts. What I did with experiences that were not positive was put them into my ‘intellectual melter,’ and I transformed them into pure energy, and that’s how we built this place.”

After leaving St. John’s, Dr. Blair held positions of increasing responsibility in both New York City and New York State, including: Dean of the City University of New York; Associate Commissioner for Urban Education for the New York State Department of Education; Vice President of Planning and Development for Long Island University; and he served as Deputy Chancellor of the State University of New York before retiring in the late 1970s. He has also taught at all levels of education from elementary through graduate school, and has published many articles in scholarly journals.

Dr. Blair was conducting a program with Vanguard High School in Manhattan, offering their students an opportunity to learn and work at the Academy. Principal Erica Doyle, an equestrian herself, was searching for a stable to which she could bring her students for summer enrichment, “and I found this gem,” she said enthusiastically. “Every single instructor I’ve worked with is so kind.”

According to Ms. Doyle, this kind of instruction is often inaccessible for inner city kids, and Dr. Blair was extremely welcoming and accommodating. “ I wanted to give them a summer experience that would provide high school credit, but enhance their mental health (in light of the pandemic), and allow them to bond with classmates they hadn’t seen in months; let them have a good time in the sunshine.”

Vanguard students offered visitors demonstrations on grooming a horse, correct placement of a saddle and bridle, as well as riding basics. Leslie Hernandez, a student from the Bronx, was nearing the end of the two-week program and was sad to leave. “I came here to experience the horses, to learn riding, grooming, and how to care for and create a bond with them. It’s really amazing.”

Dr. Blair joked that it sometimes seems as if he is “from Jurassic Park. I am still sending smoke signals. These kids live in an era of technology. Out here we’ve set up an atmosphere of shared experience. These students have been able to teach me about life from their perspective.” One of them helped him set up an Instagram page for the Academy. “She had a lot of patience with me.”

He added, “We treat all our students as persons of extreme value. They know this is a place with no nonsense. I do not want to associate with people who have a philosophy of, ‘What about?’ If I say I’m going to build a rocket to go to Mars, the only thing that people who know me are going to ask is when it will leave. No one believed this could be done in the City of New York, but it’s here.” 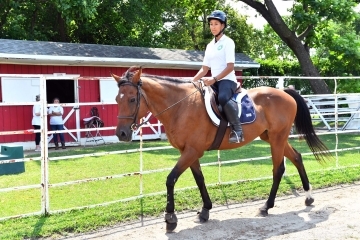 One aspect of Dr. Blair’s work is preparing his students to compete for equestrian scholarships. “In order to become a part of the equestrian team you must have access to a horse. That’s why this facility is here.” One of Dr. Blair’s students won an equestrian scholarship to college, subsequently attended law school, and now plans to represent indigenous peoples in New York City. Ultimately, he would love for one of his students to compete in the Olympics and win a gold medal.

All the people staffing the NYC Riding Academy are volunteers and interns and many are former students. The Blairs operate the facility out of their own private resources, accepting no external funding.

Some of Dr. Blair’s instructors are architects and doctors. “We can be role models for our students in a way that paid staff cannot.” There is not one task Dr. Blair asks of his students or volunteers that he would not do himself. The self-reliance he learned at St. John’s is something he passes on to his students. “The only way the dream can work is if you work.”

“I’m in a hurry because I’m 90 years old,” Dr. Blair noted. “We all have an expiration date coded into our DNA. Anyone who doesn’t accept that is delusional. Yet man acts like he is immortal. Everybody should think about what their legacy is to the human race. These are some of the things that St. John’s helped me put into perspective.” 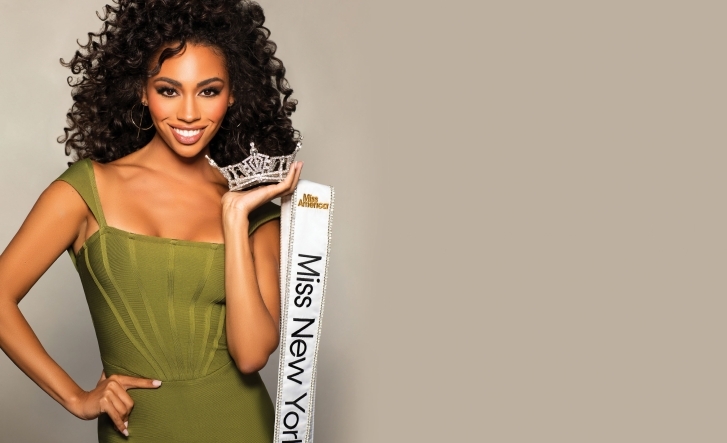 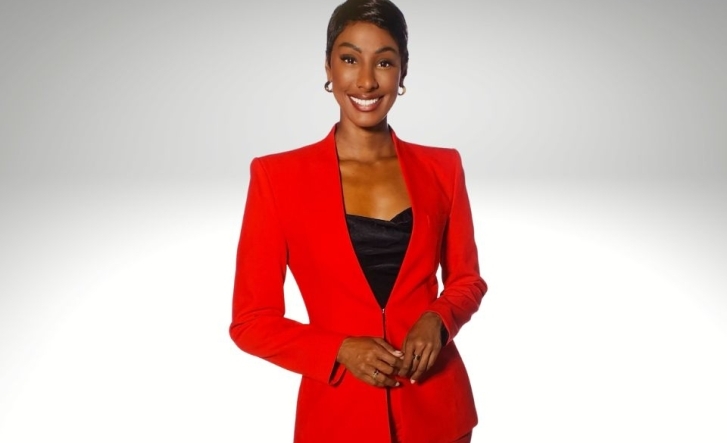 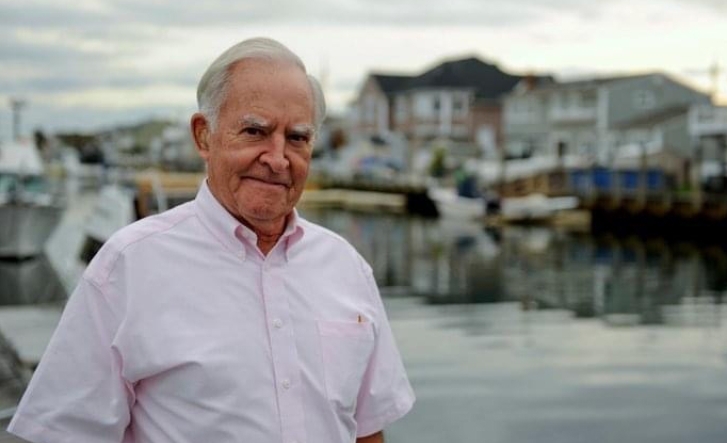