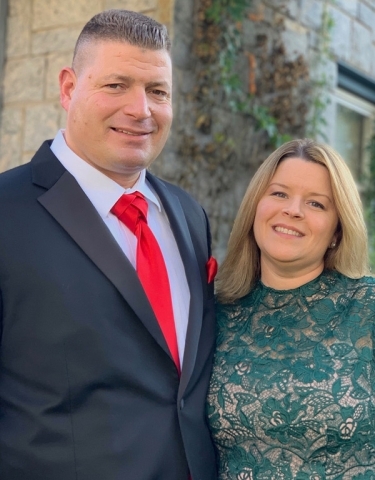 Catherine M. Verrelli ’00CBA, ’01MS is the Office Managing Partner for the Jericho, NY, office of Ernst & Young (EY), LLP, and serves as a Tax Partner within the firm’s Global Compliance and Reporting Practice. She was hired by EY on the St. John’s campus through University Career Services and has been with the firm for more than 20 years. She primarily serves multinational clients in the manufacturing, consumer products, and technology industries, coordinating all aspects of tax services, and has extensive experience with US corporate tax compliance and reporting.

Ms. Verrelli earned a Bachelor of Science and a Master of Science degree, both in Accounting, from The Peter J. Tobin College of Business at St. John’s, as well as a Master of Science degree in Taxation from LIU Post. She is a current member of the St. John’s Board of Trustees and the Vice Chair of the Audit Committee. Prior to that, Ms. Verrelli served on the University’s Board of Governors from 2016 to 2019. She has also been on the President’s Dinner Committee since 2014 and is an active supporter of the dinner with her husband, Jay.

Mr. Verrelli is a Master Electrician, currently leading the electric shop at the United Nations Headquarters. Prior to that, he operated his own electrical contracting firm. Mr. Verrelli learned the electric trade from his father, along with two of his brothers, and worked in the family business before going out on his own.

The couple have been married for 19 years and reside in Floral Park, NY, with their two children, Jason and Samantha. They are active in their community, with Mr. Verrelli volunteering his time as an assistant football coach for his son Jason’s team and as a scoutmaster for his son’s Boy Scout troop. Ms. Verrelli is a Girl Scout leader for their daughter Samantha’s troop and a softball coach for her team. The couple are members of The Loughlin Society, St. John’s leadership giving society, and are active supporters of The INN, serving hungry and homeless Long Islanders. 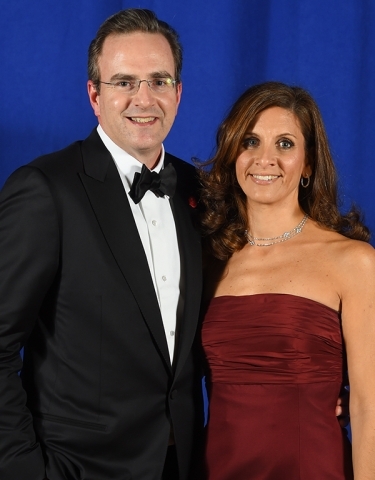 James J. Shannon is Chief Executive Officer and a founding partner of Indus Capital Partners, LLC, where he previously held the roles of Chief Operating Officer and   Head of Trading. Prior to Indus, he was at Soros Fund Management, LLC, where he traded Asian equities in real time from New York City.

From 1989 to 1996, Mr. Shannon was at GE Investments, where he headed international equity trading for pensions, mutual funds, and customer accounts. While at GE, Jim also held positions as Domestic Equities Trader and Manager of GE’s Trading Support Group.

Prior to GE, he worked at Chase Bank, where he was the Trust Administrator responsible for the GE relationship. Mr. Shannon began his career in 1986 working in trade clearing and customer operations at Wagner Stott Clearing Corp.

Anissa Mitrano Shannon has a passion for children and teaching. Prior to leaving the teaching field to care for their three children, Ms. Shannon was an elementary school teacher at Eagle Hill School in Greenwich, CT.

Before moving to Connecticut with her husband, she taught grades three through five at St. Nicholas Elementary School in Greenpoint, Brooklyn. Aside from teaching, she has held positions in heading the language arts and reading department, and was an active member of helping the school attain Middle State Association Commissions on Elementary and Secondary Schools accreditation.

The couple met while Ms. Shannon was still attending St. John’s. They have three children, and have been happily married for more than 28 years. They have made the University’s Vincentian mission an avid part of their life and devote much of their time to giving to those in need.

They have spent much time cooking, serving, and providing food at the Manna House in Norwalk, CT, and they have been very active and supportive members of Our Lady of Fatima Catholic church. They were both involved with the Sacred Heart Greenwich Summer Outreach program and cochaired one of the events in 2017.

Ms. Shannon is now a volunteer at the Breast Cancer Alliance of Greenwich, and was a member of the Bellarmine Guild Board when their sons attended  Fairfield College Preparatory School.  Mr. Shannon has also been committed to helping Big Brothers Big Sisters of New York City, as well as launching family scholarships at both Archbishop Molloy High School and St. John’s University.

Ms. Shannon has also given of her time as a Girl Scout leader and was an active member in the American Cancer Society’s Relay For Life. Additionally, she was part of the Family & Children’s Agency Fundraising Committee and a grant writer for the Fairfield County Fund for Women and Girls. The couple and their three children reside at their home in Wilton, CT. 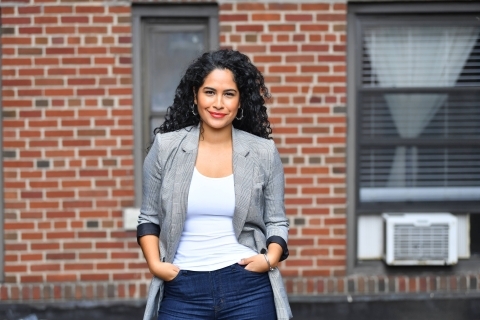 Gloria Pazmino is a national correspondent for CNN Newsource based in New York.

Before joining CNN, Gloria extensively covered politics in New York for Spectrum News NY1 and POLITICO. She provided daily coverage of Mayor Eric Adams’ campaign and his new term in office, the administration of former Mayor Bill de Blasio, the resignation of Governor Andrew Cuomo and the election of Rep. Alexandria Ocasio-Cortez. While at NY1, Gloria covered politics, criminal justice reform, and the push to close Rikers Island, detailing detainees' lack of access to medical care.

Gloria earned her bachelor’s degree in Journalism from St. John’s University. She is bilingual in English and Spanish.

Born in Colombia, she moved to Queens as a child, and has been a proud New Yorker ever since.

Rebecca Malizia is a Program Manager for the Sala Institute of Hassenfeld Children's Hospital (HCH) at NYU Langone Health. She is primarily responsible for the project management and data analytics of the HCH quality and safety portfolio.

She holds a Bachelor of Science degree in Biology with a minor in Social Justice from St. John's University, and a Master of Public Policy degree from the Johns Hopkins Bloomberg School of Public Health. Ms. Kerns is on the St. John’s Graduates of the Last Decade (GOLD) Leadership Committee and chairs the GOLD President’s Dinner Committee. She is also an active member of the Central Park Conservancy’s Greensward Circle Leadership Council. Ms. Kerns loves to cook, travel, read, and spend time exploring New York City.