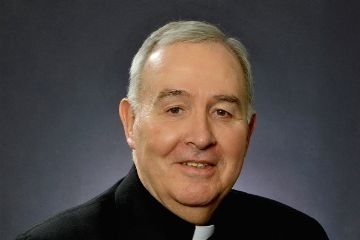 Rev. Bernard M. Tracey, C.M., Executive Vice President for Mission, has been an integral member of the St. John’s University community for more than 30 years. An alumnus, Fr. Tracey served as Campus Minister from 1984 to 1986. During that time, he also directed the Vincentian Service Corps at the University and at Immaculate Conception Church in Philadelphia, PA (1983–86).

Fr. Tracey held many pastoral positions beyond the University. A Director of Campus Ministry at Niagara University in the late seventies and early eighties, Fr. Tracey served also as an Associate Pastor and Campus Minister at St. Mary’s Parish, in Greensboro, NC (1974–75); Associate Pastor of St. Vincent De Paul Parish in Philadelphia (1975–79); and Pastor at Philadelphia’s Immaculate Conception Church (1981–84).

Fr. Tracey earned his bachelor’s degree from St. John’s in 1970, with a major in sociology and a minor in philosophy. He earned his master’s in divinity from Mary Immaculate Seminary in 1974.