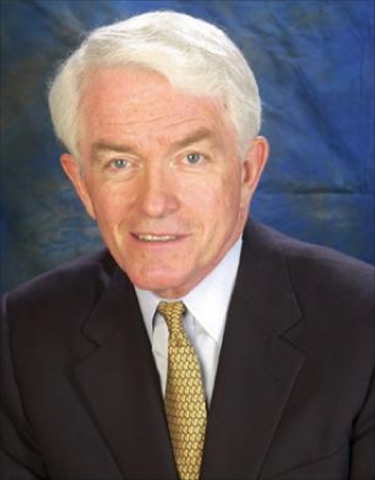 Thomas J. Donohue ’63C, ’85HON recently stepped down as Chief Executive Officer (CEO) of the US Chamber of Commerce. From 1997 to 2021, he served as Chamber President and CEO—the first person to hold both titles concurrently in the organization’s history.

During his tenure, Mr. Donohue built the Chamber into a lobbying and political powerhouse, with expanded influence across the globe, and helped secure business victories on Capitol Hill in the regulatory agencies, in politics, in courts of law, in the court of public opinion—and before governments around the world.

Mr. Donohue led efforts to expand trade and domestic energy production; rebuild America’s infrastructure; combat an avalanche of new regulations; protect intellectual property; revitalize capital markets; and advocate for legal, tax, education, and entitlement reform. In addition, he challenged attacks on free enterprise, while working to protect the business community’s right to speak and participate in the political and policy affairs of the nation.

Under Mr. Donohue’s leadership, the Chamber has emerged as a major political force in races for the US Senate and House of Representatives. As part of this bipartisan effort, millions of grassroots business advocates, as well as the Chamber’s federation of state and local chambers and industry associations, mobilize in support of probusiness candidates.

Mr. Donohue established the US Chamber Institute for Legal Reform, which advances significant legal reforms in the courts, at the state and federal levels, and in elections for state attorneys general and Supreme Court judges. He dramatically expanded the activities of the US Chamber Litigation Center, the Chamber’s law firm, which represents the business community’s interests in the courts. He also reinvigorated the US Chamber of Commerce Foundation, which houses Hiring Our Heroes, a program that identifies job opportunities for returning veterans and military spouses.

Previously, Mr. Donohue served for 13 years as President and CEO of the American Trucking Associations, the national organization of the trucking industry. Earlier in his career, he was Deputy Assistant Postmaster General of the US and Vice President of Development at Fairfield University in Connecticut.

Born in New York City, Mr. Donohue earned a bachelor’s degree from St. John’s University and a master’s degree in business administration from Adelphi University. He holds honorary degrees from Adelphi, St. John’s, Marymount, Bradley, and Pepperdine universities, along with the National University of Ireland at Maynooth.

He is a recipient of the Horatio Alger Award and the Boy Scouts of America National Capital Area Council’s Lifetime Achievement Award. He holds the highest civilian honor from Germany and South Korea, as well as the Order of the Crown (Commander Class) presented by the Crown Prince of Belgium, and the Grand Cordon of the Order of the Rising Sun awarded by the Government of Japan.

Mr. Donohue and his late wife, Liz, have three sons and five grandchildren.