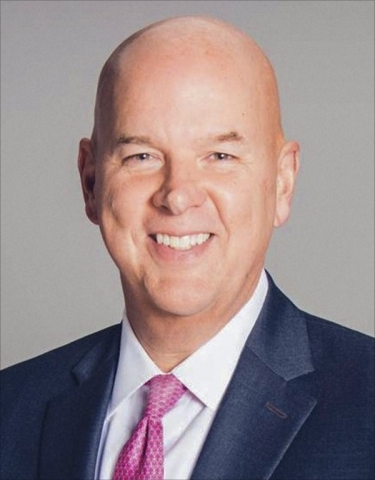 Michael Roemer ’84CBA is Executive Vice President, Chief Risk Officer, at Discover Financial Services, and a member of the Executive Committee. In this role, he is responsible for identifying and mitigating risks to the company and ensuring that Discover remains in compliance with government regulations. He leads Corporate Compliance, Enterprise and Operational Risk Management, Risk Testing, Model Risk Management, Information Risk Management and the AML/BSA Program.

Mr. Roemer arrived at Discover in 2021 as Chief Compliance Officer, managing all aspects of the Corporate Compliance function to ensure adherence to all relevant laws, regulations and company policies. He also led teams responsible for maintaining the company’s framework for compliance risk management and worked closely with senior leaders across the organization to ensure effective implementation

Prior to that he was the Chief Compliance Officer and head of Wells Fargo Compliance. In this role, he was responsible for the oversight of all regulatory compliance risks. Mr. Roemer also served on Wells Fargo’s Management Committee.

Prior to joining Wells Fargo in January of 2018, Mr. Roemer was the group head of Compliance at Barclays in London, England. He was a member of the Executive Committee and also served as the Co-chair of Barclays’ Executive Diversity and Inclusion Committee.

Mr. Roemer was instrumental in supporting the cultural transformation of Barclays following the LIBOR settlement of 2012, and in leading and transforming its compliance function. He was previously with CIT Group Inc., where he was the Chief Auditor, reporting directly to the Board Audit Committee, with global responsibility for the internal audit function. Prior to CIT Group Inc., he was Chief Internal Auditor at American International Group, Inc. Priot to AIG, he spent 23 years at JPMorgan Chase & Co. and its predecessor organizations.

Mr. Roemer earned his Bachelor of Science degree in Accounting from St. John’s University, and he completed the Tuck Executive Program at the Tuck School of Business at Dartmouth College. He serves on the Board of Directors of the Ronald McDonald House of New York Inc., and is the Audit Committee chair. Mr. Roemer is recognized for his work in establishing the Compliance Career Academy, in conjunction with the Judge Business School at the University of Cambridge, and also for championing the LGBTQ community.

A conversation with Michael Roemer ’84CBA