Roberts’s scholarship focuses on aspects of trial procedure—peremptory challenges, prior conviction impeachment, jury disqualification, and jury decision-making—with a particular interest in the assumptions and stereotypes that fuel, and are fueled by, the criminal system.

Four of Professor Roberts's articles have been selected by the Academic Advisory Board of the Getting Scholarship into Court Project for inclusion on its "must read" list, and a fifth was selected from the 2015 Call for Papers of the Southeastern Association of Law Schools (SEALS). Her work was repeatedly cited in a recent U.S. Commission on Civil Rights Report on consequences of conviction.

Professor Roberts has analyzed evidentiary and criminal justice issues for a variety of media outlets. Her work on prior conviction impeachment was featured on evidence podcast "Excited Utterance," and she has testified about jury exclusion on the basis of criminal records at the U.S. Commission on Civil Rights.

Roberts is a member of the Executive Committee of the AALS’s Evidence Section, and is co-directing an initiative bringing together the leading scholars on prior conviction impeachment in an effort to identify and pursue opportunities for reform.

Roberts began her academic career teaching in NYU School of Law’s Lawyering Program, and then at Seattle University School of Law. Her practice experience includes several years as a public defender with the Neighborhood Defender Service of Harlem. Before that, she clerked for The Honorable Constance Baker Motley, in the Southern District of New York.

Professor Roberts lives in Brooklyn with her wife and their seven-year-old.

Reclaiming the Importance of the Defendant's Testimony: Prior Conviction Impeachment and the Fight Against Implicit Stereotyping, 83 U. CHI. L. REV. 835 (2016)

Judges Who Help Us Expand Our "Crabbed View" of Justice Beyond Criminal Prosecution (Feb. 8, 2018)

Will the Most Controversial Rule of Evidence be Reformed? (Dec. 6, 2017)

A Victory for Racially Inclusive Juries in Washington (Sept. 5, 2017)

Foster v. Chatman: An Egregious Batson Violation (and a SCOTUS Reversal) (May 24, 2016)

Juries, Implicit Bias, and the Silencing of Criminal Defendants (Aug. 7, 2015) 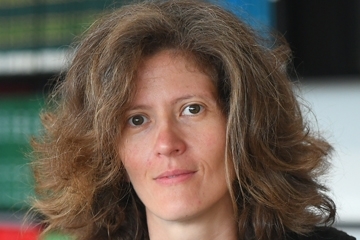