St. John’s University’s Corporate and Foundation Webinar Series provides online learning from top alumni and industry experts. These hand-selected individuals will discuss topics for business professionals seeking professional growth and those interested in learning about the latest trends in their industry.

In this webinar, the Future of College and Professional Sports Post COVID-19, Mike Cragg and Michael Verna '02CPS will discuss the impact of COVID-19 on students and professional athletes around the world. Topics include the success of the NBA and NHL “bubbles” and applying them to college sport, the rise of lesser-known sports such as Korean league baseball and weightlifting, the role of social media for St. John’s sports, and the impact on student’s studying and internships in the business of sports. 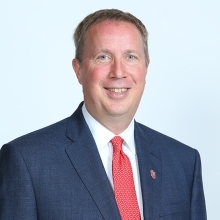 With more than 30 years of intercollegiate athletics administration experience on his resume, Mike Cragg enters his third year as the Director of Athletics at St. John’s University in 2020-21. Cragg is responsible for providing executive leadership, strategic direction and oversight for all of St. John’s 17 varsity sports and its nearly 350 student-athletes. In addition, he is charged with managing the department’s fiscal affairs, personnel, strategic planning, facilities, general operations and public relations.

A key part of the University’s senior leadership, Cragg serves on the President’s Advisory Council and is the direct liaison between the Athletic Department and the broader campus community.

Cragg is committed to inspiring excellence in every facet of the student-athlete experience and to fostering an environment that allows the Red Storm to be successful on all fronts. Since his arrival in Queens, Cragg has helped St. John’s continue to rise among the nation’s elite institutions for its combination of its academic prestige, athletic achievement and community service.

In Cragg’s two years leading the Athletic Department, the Red Storm won four BIG EAST championships and had six teams compete in national postseason competition, including the fencing program’s first NCAA individual title in women’s saber in 2018-19. The 2019-20 academic year featured the women’s volleyball team’s unprecedented run to capture its first BIG EAST title in 12 years while the men’s soccer program earned a national seed in the NCAA Tournament and advanced to the Round of 16.

St. John’s student-athletes have also shined in the classroom under Cragg’s leadership, as Red Storm program’s have earned nine public recognition awards from the NCAA for finishing in the top 10 percent of their sport in Academic Progress Rate (APR). In addition, 141 perfect semesters with 4.0 grade point averages were logged by St. John’s student athletes over the last two years.

Prior to starting at St. John’s on September 27, 2018, Cragg spent 30-plus years at Duke University where he played a vital role in shaping the direction of Duke’s nationally acclaimed men's basketball program.  The senior administrator for the men’s basketball team for two decades, Cragg most recently served as the Blue Devils Deputy Director of Athletics and Chief Operating Officer, overseeing facilities and planning for all 27 of Duke's athletic programs. 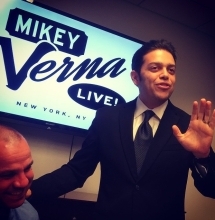 Verna joined the company in 2012 as MSG entered the final phase of the arena’s transformation. He implemented activation strategies across MSG properties, leading to increased internal efficiencies and communication within the Account Management department. As the activation lead for Marketing Partnerships, he has built a team that plays an integral role in the management of signature partner accounts, including Chase, Delta, Lexus, Anheuser-Busch, Draft Kings and more.

Prior to joining MSG, Verna spent 10+ years with New Jersey Nets/Brooklyn Nets/Barclays Center organization. Starting as an intern, he held roles in the Operations and Season Ticket Services departments, concluding with his role as Senior Account Executive in Partnership Marketing. There he lead the management of several founding partner accounts and their transition from New Jersey to Brooklyn.

Born in Queens, NY, Verna graduated from St. John’s University and currently resides in Haledon, NJ with his wife, Mimi, and niece, Xena.

In this webinar, Artificial Intelligence: Demystification, Trends, and Practical Applications, experts Anthony Heading and Simon Greenman will discuss Demystifying Artificial Intelligence (AI) and will provide a practical overview of artificial intelligence and machine learning (ML); introducing key concepts, capabilities and the fundamental knowledge needed to understand the AI revolution from a business perspective. Real-world examples will be used to explain and illustrate concepts throughout the webcast. We will touch on the benefits of Artificial Intelligence, AI applications and capabilities, how it drives a competitive advantage, explanation of the importance of data in AI applications, and industry drivers and the impact of AI on the future of work. 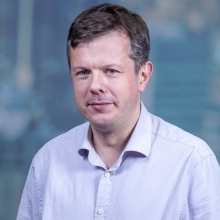 Anthony is a Managing Director and head of the Data Science team at JPMorgan Asset Management. This group is involved in applying modern AI, machine learning and big data technologies to all parts of JPMorgan’s business. He joined JPMorgan in 1994 and has worked earlier as an interest-rate trader, research analyst, technologist and various other roles, in London, Singapore, Tokyo, and currently New York. Before joining JPMorgan he worked for the UK Ministry of Defence for five years developing similar machine learning techniques to those used today. He holds a M.A. from the University of Cambridge, UK. 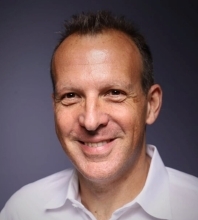 Simon Greenman is co-founder and partner at Best Practice AI where he advises corporates, start-ups and investors on best practice in AI strategy, implementation, risk and due diligence. He is a member of the World Economic Forum’s Global AI Council. He has over twenty years of international digital transformation and innovation leadership experience including co-founding MapQuest.com, the first online mapping brand.

Simon chairs the Harvard Business School Alumni Angels of London, is an AI Expert In Residence at Seedcamp and advisor at DN Capital. He holds a MBA from Harvard and a BA in Computing & Artificial Intelligence from the University of Sussex.

Experts Gabor Gurbacs and F. Jacob Cherian '94MBA dive into the topic of Cryptocurrency. In this webinar we will discuss the building blocks of cryptocurrencies like Bitcoin - the Blockchain and public and private keys as well as explore some of the other major cryptocurrencies and the differences between traditional currency (fiat) and cryptomarkets. We will also discuss the potential applications of blockchain far beyond bitcoin and cryptocurrencies. Finally, we will investigate the current and future state of the broader crypto ecosystem.

Gabor Gurbacs is responsible for managing VanEck’s digital asset initiatives, including investment, technology, and regulatory matters. Mr. Gurbacs built the first industry-standard digital asset indices and architected and filed for first futures-based bitcoin ETF and oversees physical Bitcoin ETF efforts. He pioneered and leads digital asset investing and market structure discussions with U.S. and global regulators (such as SEC, CFTC and BaFin). He joined VanEck in 2014 and was previously a member of the ETF product management team. Prior to joining VanEck, Mr. Gurbacs held several finance research positions at Williams College, Budapest University of Technology and Economics as well as Massachusetts Institute of Technology. 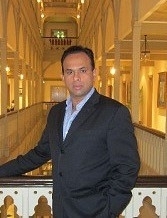 F. Jacob Cherian is Co-founder and CEO of two NASDAQ listed acquisition investment companies (SPAC) which raise over $110 million cash through the full Wall Street IPO process and create hundreds of millions of dollars of public equity to invest in cross border transactions in emerging markets. Mr. Cherian performing all the responsibilities and duties of a U.S. listed company CEO.

DUSD is a Digital Currency/Stablecoin developed for the Asian markets underpinned by Blockchain technology and pegged 1:1 to the U.S. dollar with the goal of issuing the digital currency to become a bridge between the assets of the real world and the digital world on Blockchain ERC-20 technology to inject greater vitality into the Asian economy and giving new value to various types of assets and eventually replace paper money and coinage and creating a strategy for a U.S. registered Stablecoin for Asian markets to serve as a digital currency to create price stability, scalability, privacy, decentralization, and redeemability.

Mr. Cherian has also been an adjunct professor of Finance at St. John’s University, Tobin College of Business MBA Program in New York for ten years.

The Evolution to Digital in Asset Management

Industry leaders Jillian DelSignore, CIMA, and Steve Oh drive the topic of the Evolution to Digital in Asset Management. The realm of asset management is explored and discussed, and questions are answered such as:  what is an ETF?; how does an ETF work?;  how does it differ from a mutual fund?; what are the benefits of using an ETF?; who uses them and how?; where will the growth come from?; what are the trends in the industry?

Jillian DelSignore, CIMA, is a Women in ETFs Board member and senior executive in the ETF industry.

She was most recently Head of ETF Distribution with J.P.Morgan’s Asset Management business. She was responsible for leading the sales and distribution efforts and strategy in the intermediary and institutional markets. She also served as Co-President of Women in ETFs (WE), the first women’s group for the ETF industry from 2017-2019. Founded in 2014, WE achieves the mission to connect, support and inspire by organizing events globally that support our goals of education, networking, philanthropy.

Steve Oh joined Nasdaq in 2017 as the Head of ETF Listings. His primary role is to oversee the Nasdaq ETF Listings Exchange that currently has nearly 400 listed ETFs. He also leads ETF business development working with other Nasdaq departments to support ETF related opportunities globally. Steve came to Nasdaq with a broad and deep understanding of the ETF industry and product having managed business units for 20 years in Asset Management and Trading across the US, Europe and Asia.

Drug Approval Process: Medications in the Global Pipeline for Covid-19

In this seminar, "Drug Approval Process: Medications in the Global Pipeline for COVID-19," Andrew Clair '77GP, '82Ph.D. provides an overview of the novel coronavirus that causes COVID-19 including its genomic features, epidemiology, and biology. He also addresses the history of pandemics. Participants learn about global drug development and the US regulatory process these treatments must go through in order to gain FDA approval. Lastly, specific pharmacologic treatments showing the most promise in improving patient outcomes are reviewed. 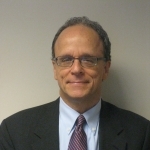 Andrew Clair '77GP, '82Ph.D. most recently served as Senior Director, Medical Affairs, Oncology at Pfizer Pharmaceuticals in New York City. He has also been an adjunct professor at Temple University and St. John’s University. Dr. Clair retired in 2018 after a 24-year career at Pfizer. He has spent 37 years working in the pharmacy industry.  During his career at Pfizer, Dr. Clair worked in Safety and Risk Management, Regulatory Affairs as well as Medical Affairs. He has published over 140 scientific articles in peer-reviewed journals on topics involving pain, neuroscience, comorbid depression and oncology (kidney).

Dr. Clair has his doctorate in Pharmacology from the Graduate Division, College of Pharmacy and Allied Health Professions, St. John’s University. He currently lectures to medical school students on pharmaceutical medicine via Pfizer’s medical elective program and lectures to teenagers on the health consequences associated with smoking via his “Tragedy of Tobacco” program.

Networking and Job Searching during the Pandemic