Enjoy a timeless academic experience in the famed “City of Light.”

The Paris Campus is located in the popular St. Germain neighborhood in the 6th Arrondissement, and is easily reached by bus or metro.

Home to many of the world’s leading business and cultural centers, Paris is a wondrous place where the past meets the future, filled with endless opportunities for those who want to immerse themselves in the life of a dynamic city.

Students will stay in the renovated, comfortable environment of the St. John's Paris location, in the popular St-Germain district of Paris. The location is situated within a six-story structure containing approximately 20,000 square feet of space offering a mixture of residences, classrooms, office and support space. Best of all, you have immediate access to the incomparable artistic, cultural and educational resources available only in Paris.

You will be living across the street from the Vaneau metro stop and the famous Le Bon Marché, with all of Paris’s major attractions—such as the Musée d’Orsay, the Musée du Louvre, the Jardin du Luxembourg, and the Cathédral de Notre Dame—just a short metro ride or longer walk away.

The facility, renovated to combine modern conveniences with centuries-old style, gives you an appreciation for the Parisian culture. Our campus offers students the wonderful opportunity to experience Paris with many of the comforts of the New York campus. Facilities include:

Our Programs and Location 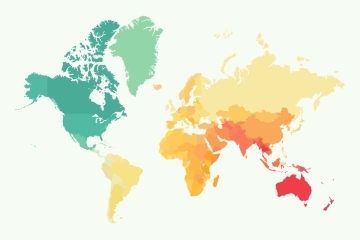 Through the Office of International Education, undergraduate students can spend a few weeks or a semester gaining knowledge and earning course credit at the Paris campus.

More On The Programs

The Paris Campus is located in the popular St. Germain neighborhood in the 6th Arrondissement, and is easily reached by bus or metro. It is across the street from the Vaneau metro stop (Line 10) and near the famous Le Bon Marché, with all of Paris’s major attractions—such as the Musée d’Orsay, Musée du Louvre, Jardin du Luxembourg, and the Cathédral de Notre Dame—just a short metro ride or longer walk away.

Our experienced and friendly on-site staff is dedicated to doing everything they can to make your studies experience as educational, comfortable and fun as it can be. Their backgrounds may be diverse, but their goals are uniform: working tirelessly for the good of the St. John's student body.

Farida Khatchadourian has been a member of the St. John’s Paris Campus team since 2010, when she began working in her current role as Assistant Director of the Paris Campus. Originally from Marlyand, Farida holds degrees in political science, international education and teaching, but she says that her most valuable education in life has come from traveling and living overseas.

As assistant director, Farida is responsible for helping to ensure that all operations on the Paris campus run smoothly, including helping students with course registration, planning excursions and events on the campus and overseeing student affairs. Her favorite part of the job, though, is interacting with the students on a daily basis and sharing in their enthusiasm. “I love the energy that our students bring,” she says. “And I love how down to earth St. John’s students are.”

Farida recommends that every visitor to Paris take advantage of the many street cafes that the City of Light is known for, but she also suggests going off the beaten track and using the city’s bus system to explore the many ethnic neighborhoods throughout Paris. More than anything, she reminds first-time travelers to take in the sights and sounds of the world around them, being careful not to get too caught up in the “traps” of being a tourist: “Put your camera down and just enjoy the moment!”

Isabelle Kazan joined the St John’s Paris Campus in April 2013 when she took on her current role as Coordinator of Academics and Program Development. Originally from southern France, Isabelle holds a B.A. in international relations and M.A. in international communication from the Institute of Political Studies in Aix-en-Provence, France. She believes her most formative experience was her junior year abroad in Madison, Wisconsin. It fostered her interest in the field of intercultural communication and led her to work in study abroad.

At St. John’s Paris Campus, Isabelle coordinates short-term programs and helps oversee activities aimed at improving academics and enhancing students’ intercultural understanding, such as homestays, language courses and excursions. What she loves most is helping students get out of their comfort zone, venturing out into the city and interacting with locals.

She believes Paris is “an amazing city, not just for its architecture and history, but also for the endless opportunities in terms of discovering new restaurants, open markets, parks, museums, shows and exhibits.” Living in one of the gourmet capitals of the world and France’s cuisine melting pot, Isabelle is dedicated to helping students find their own favorite spots for relaxed lunches, luxurious dinners or long hours of sitting and people watching in cafés.

Matthieu Dessier joined the St. John’s Paris Campus in June 2015 when he took on his current role of Coordinator of Student Life. Originally from Brittany, Matthieu completed his undergraduate studies in political science at the Institut d’Etudes Politiques de Grenoble and earned master’s degrees from the Université Paris I Panthéon-Sorbonne and the University of Mississippi. He spent over ten years in Oxford, MS as an exchange student, a graduate student, and an adjunct instructor of sociology.

At St. John’s, Matthieu’s responsibilities include planning activities and excursions designed to highlight the best of what Paris and French life has to offer. As Coordinator of Student Life he aims to accompany students on their path towards further cultural and linguistic discovery. "Studying abroad is a really unique opportunity; it challenges students to develop the skills necessary to navigate new environments and relationships, and ultimately can lead them to look at their own life anew. It can be tremendously empowering."

Matthieu believes that Paris is a fantastic place to explore the diversity of contemporary French culture, from its historical roots dating back to the Gallo-Roman era, to today's vibrant popular culture. "I'd like to encourage students to approach their time here as amateur ethnographers and discover a sense of wonder within the everyday lives of the people they encounter as well as their own."

Dheeraj Jayant joined the St. John’s Paris Campus as Residence Director in September 2017. Originally from Bangalore, India, Dheeraj holds a degree in Sports Management from St. John’s University. He spent three years of his undergraduate studies in New York and spent his senior year doing the Discover France program and the St. John’s exchange program at Dauphine University in Paris.

As Residence Director, Dheeraj serves as the supervisor of the residence hall community on the St. John’s Paris Campus. His goal is to establish an educational living and learning environment for all students on campus.

“The St. John’s study abroad program helped me find and create a home in Paris. It helped me adapt to the Parisian way of life and enabled me to explore the French language and culture. I would like to help students maximize their study abroad experience both on and off campus through the pursuit of their personal interests ranging from PSG matches to concerts at the Philharmonic.”