Even before attending her first class, Sheila Kiernan ’22CCPS felt like she found a second home at St. John’s University. “One of the reasons why I loved St. John’s was because giving back to the community is so much a part of its mission. I liked the location—but I really liked the feel of the Queens, NY, campus and the University.” 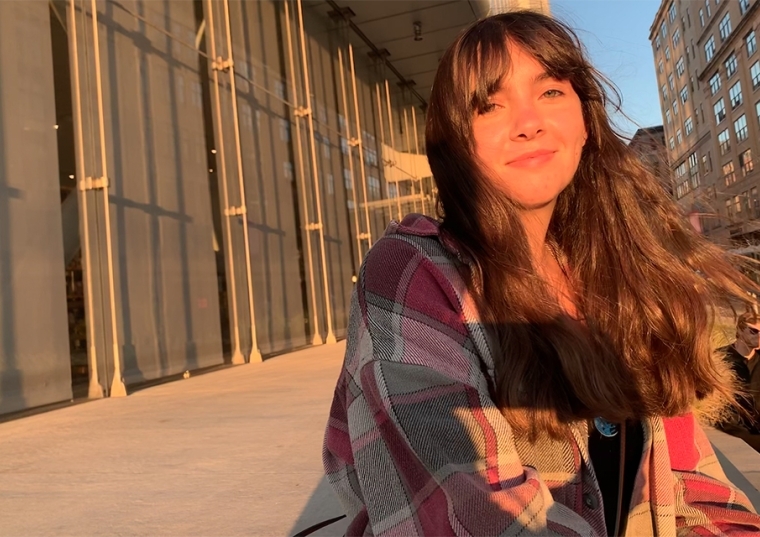 Even before attending her first class, Sheila Kiernan ’22CCPS felt like she found a second home at St. John’s University.

“I visited several New York City universities when I was going through the application process,” Ms. Kiernan recalled. “But one of the reasons why I loved St. John’s was because giving back to the community is so much a part of its mission. I liked the location—but I really liked the feel of the Queens, NY, campus and the University.”

Ms. Kiernan, from Islip, NY, graduated in May with a perfect 4.0 grade point average, majoring in Public Relations and minoring in advertising. During her four years at St. John’s, she served as a Student Ambassador, which enabled her to share her enthusiasm with prospective students.

A dedicated actor and singer, she also performed with the Chappell Players Theater Group and served as its social media manager for several years. The Chappell Players have been the theater organization at St. John’s for more than eight decades. Each year during Ms. Kiernan’s time at the University, the group put on a cabaret-style show with all proceeds donated to St. John’s Bread and Life.

Ms. Kiernan, 21, has been singing and acting since third grade. Few things can match the thrill of performing, she said. “The feeling of being on stage is such an adrenaline rush. People are watching you and your goal is to connect with them, to get them to feel something.”

Her love of performing didn’t end at graduation; neither did her commitment to community service. In fact, she recently took part in a singing/comedy performance in her hometown with the group Carols for Causes that raised nearly $3,000 for Long Island food banks and veteran groups. Plans are in the works for additional Long Island-based fundraisers.

“While I was at St. John’s, I began to see how people can be impacted by food insecurity,” Ms. Kiernan said. “You can create change merely by affecting what is around you. With these performances I can blend two things that I am passionate about: performing and giving back.”

In between her studies and theater commitments at St. John’s, Ms. Kiernan also found time to mentor a neighbor who is on the autism spectrum. Volunteering for Independent Support Services, Inc., she has helped the 21-year-old woman become more independent. “Her goal is to become a fully functioning adult, but it takes time,” she explained.

Ms. Kiernan, who plans to study integrated communications in graduate school, held several media-related internships while at St. John’s. With Grandstand Media, Inc. she traded on her knowledge of the performing arts; Kalvin Public Relations introduced her to the health and lifestyle space.

She credits much of her undergraduate success to the St. John’s faculty, particularly John A. Swan Jr., Associate Professor, Division of Mass Communication, and Director, B.S. degree in Advertising Communication program. Professor Swan is a former Executive Vice President and Managing Partner at the global advertising and communications firm Young & Rubicam, now VMLY&R.

“Prof. Swan has a great deal of experience in the industry,” Ms. Kiernan said. “He inspired me to aim higher than what I had intended for myself. He was a great guiding force.”

As were the rest of her instructors, she added. “I was always struck by my professors’ responsiveness. They taught me about being aware of your professional strengths and weaknesses, which I know will help me.”

That awareness helped her land her first job, Ms. Kiernan said. Recently hired as an account coordinator by the Manhattan-based digital advertising agency Critical Mass, she will be working on a variety of accounts. She plans on moving to New York City shortly.

"Everyone wants to be a Broadway performer when they first start," she said.  "But I started to focus on how you drive people to buy tickets. This is a great opportunity for me."