Alumna Credits Career Success to St. John’s Faith in Her

When St. John’s University accepted Taifha Natalee Alexander (nee Baker) ’12CPS as a first-year student, it did so on the condition that she achieve and maintain a 3.0 grade point average (GPA). Despite the stipulation, she leaped at the opportunity. 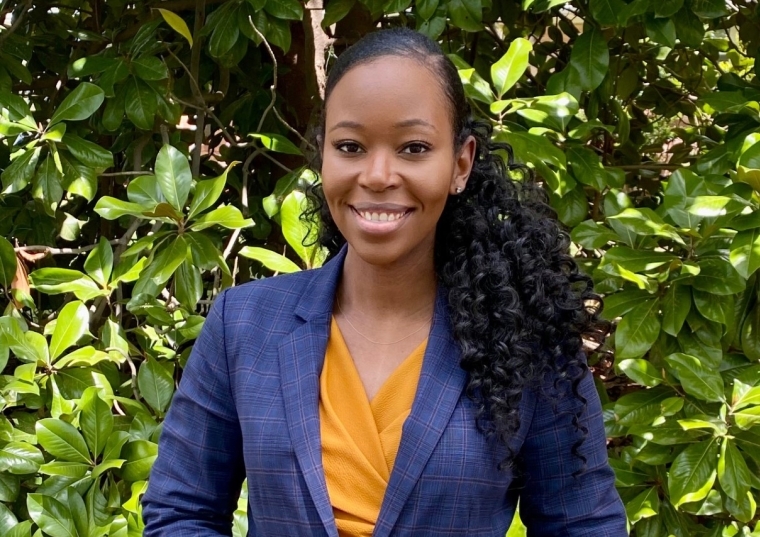 “St. John’s took a chance on me, and I will be forever grateful that it did. I used that opportunity to demonstrate to the University that it made the right decision in offering me admission—and to prove to the other schools that denied my applications that they made the wrong decision,” said Mrs. Alexander, now an attorney and Critical Race Studies Project Director at the University of California, Los Angeles School of Law.

At the time she applied to St. John’s, Mrs. Alexander had just earned a high score on her Advanced Placement English exam but otherwise continued to maintain what she described as an “average” GPA. “I grew up in a low-income family in Jamaica, Queens, NY, so I could not afford to pay for test preparation courses, and I studied on my own. As a result, I struggled with the standardized tests that are typically used in evaluating applicants for admission,” she recalled.

“However, the St. John’s admissions committee saw something in me and the totality of my application that, I think, made them say, ‘Let’s see what she can do.’”

Here is what she did.

Mrs. Alexander threw herself into her studies, achieving a 3.9 GPA that landed her on the Dean’s List, gave her entry to the freshman Honor Society, and inspired her to confidently declare Legal Studies as her major while still in her first year at the College of Professional Studies (now The Lesley H. and William L. Collins College of Professional Studies). Over the next few years, she would become a member of the prestigious President’s Society, the highest honor society at St. John’s, as well as a Student Ambassador, Editor, and President of St. John’s Legal Society; a member of Student Government, Inc.; and a contributing writer for The Torch, the independent student newspaper at St. John’s.

“All of this happened because St. John’s never discounted my ability to excel,” said Mrs. Alexander, who earned a Bachelor of Science degree in Legal Studies. She also credits the University with setting her on a path for a career dedicated to “being of service to others to stamp out social injustice.”

She got an initial taste of her future vocation when she worked as Student Coordinator for the Office of Multicultural Affairs, coordinating the 2009 International Diversity Showcase and the 2010 Cultural Parade for 935 attendees. She additionally lectured students in class workshops on diversity and planned and executed the inaugural 2011 Diversity Week. As a Diversity Peer Educator at St. John’s, she was entrusted with delivering presentations to her peer students on topics such as racism and implicit bias.

“Attending St. John’s cultivated my passion for bringing about justice through truth seeking,” said Mrs. Alexander. Her work as Student Coordinator for the Diversity Peer Education Program further ignited her dedication to supporting communities of color. To this end, she earned a Doctor of Law degree at Georgetown University, graduating with honors in 2017. In 2021, she completed a Master of Law degree with a specialty in Critical Race Studies from the UCLA School of Law and ranked first in her graduating class.

In her current position, Mrs. Alexander is focused on Critical Race Theory, a college-level academic framework that examines systemic racism. She is at the forefront of conducting research and, she said, “engaging with communities to clarify what Critical Race Theory is, what it is not, and how it contributes to advancing justice.”

Mrs. Alexander said she remains dedicated to St. John’s. “I am committed to doing my best and being my best in service to this institution that gave me so much—an education, a community, a home, and a family, in addition to the family I was born into, and, especially, a chance.”