Alumni from the Master of Arts (M.A.) program in Criminology and Justice at St. John’s University have pursued dynamic and exciting career paths throughout New York City and beyond. 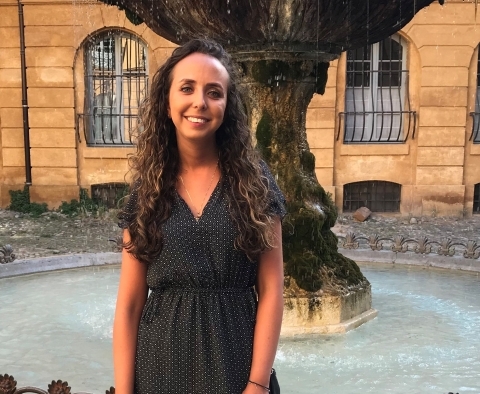 Alexandra Athanasatos ‘15C ‘18G is currently employed as an Intelligence Analyst with the Anti-Defamation League (ADL). Since November 2019, she has worked in that organization’s security department, acting to keep both the organization and its employees safe.

“I very much enjoy the work that I’m doing,” she said.

Ms. Athanasatos conducts investigations against anyone who makes threats against ADL and its employees. She uses open-source intelligence tools to conduct threat assessments and regularly executes social media and internet searches to identify threats.

While enrolled in the M.A. program, Ms. Athanasatos completed an internship with the New York State Department of Investigation, where she gained first-hand experience launching investigations. She wanted to continue a career path as an investigator, so upon graduation, she took a job with a private due diligence firm coordinating background checks for pre-employment and litigation cases. She didn’t find that role particularly fulfilling, so she began looking for jobs with non-profit organizations where she could find more meaningful work.

“The work I do now is about keeping people safe,” she said of her current role.

Ms. Athanasatos, who completed her bachelor’s degree in Sociology at St. John’s, enjoyed working with faculty in the Department of Sociology and Anthropology and wanted to continue studying a related field at the graduate level. She chose Criminology and Justice as a way to apply the broad field of Sociology to a specific purpose.

In addition to the training in Criminology and Justices she received from her M.A. program, Ms. Athanasatos also gained professional experience and developed keen writing skills, something she has drawn upon in all of her roles.

“St. John’s emphasizes writing skills, and I felt prepared to communicate clearly and concisely,” she said.

Santiago Cornejo ‘07CPS, ‘12G has amassed 12 years of experience working for the City of New York and is now a federal agent in the U.S. Probation Office for the District of New Jersey. 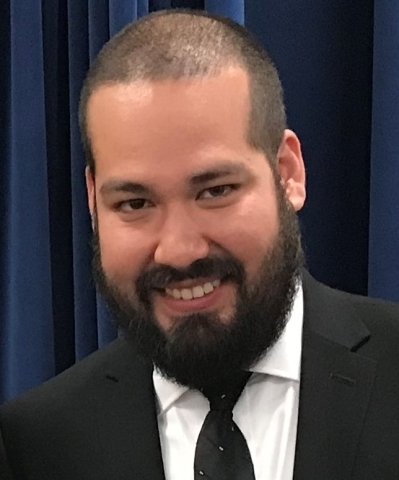 In his current role, which he describes as a “mix of social work and law enforcement,” he serves in the office’s pre-sentence unit, preparing detailed background reports on convicted offenders that judges rely on for sentencing decisions. He spends half of his time out of the field tracking down documents and conducting interviews and the other half drafting and filing reports. As a federal agent, a role he has held since October 2018, Mr. Cornejo has reached his career goals at the height of law enforcement.

After completing his undergraduate degree in Criminal Justice from St. John’s, Mr. Cornejo landed a position as a Paralegal for the Office of the Special Narcotics Prosecutor, placing defendants in drug treatment programs and helping them access jobs and social services.

His master’s degree in Criminology and Justice helped him develop the analytical and writing skills, as well as the credentials to advance quickly to federal agent.

“The Criminology and Justice program helped me so much in applying for law enforcement jobs,” he said. “You become a top candidate as soon as they see you have a master’s degree. I have always gotten interviews for the jobs I applied for because of my background.”

While enrolled in the M.A. Criminology and Justice program at St. John’s from 2009 to 2011, Mr. Cornejo served as a Crime Analyst in the Staten Island District Attorney’s Office. As social media became increasingly important to the outcome of investigations, Mr. Cornejo was charged with developing a protocol for social media investigations and finding evidence on social media for use in court. He took the job initially because he was interested in becoming an attorney, but quickly realized he liked the investigative aspects of his role far more than the legal ones.

“Finding out the truth is like putting pieces of a puzzle together,” he said. “It’s fascinating. You start off with a little bit of information and if you do everything correctly, the picture comes into focus.”

After graduation, Mr. Cornejo became an Investigator for the Taxi and Limousine Commission from 2012 to 2015. He ran background checks on license applications to ensure all licensed drivers met the Commission’s guidelines for safety. In 2015, he moved to the New York City Department of Correction as an Investigator in Internal Affairs. There, he was promoted to the Intelligence Unit and investigated serious violations such as improper relationships between inmates and corrections officers, contraband, and drug dealing.

From 2013 to 2018, Mr. Cornejo also taught criminal justice and criminology courses at Queensborough Community College as an adjunct lecturer. “I have a lot of stories to tell about the field, and students benefit from sharing those experiences,” he said.

Emilia Mancini ‘18G – who came to the U.S. from Italy to study in the M.A. Criminology and Justice program – currently serves as Mediation Coordinator with the New York City Civilian Complaint Review Board, the biggest police oversight agency in the nation and investigates police misconduct. 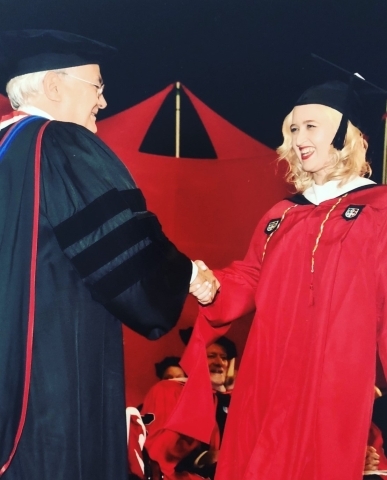 Ms. Mancini decided to pursue a graduate degree in the U.S after participating in a semester-long exchange program at Kent State University in Ohio in 2015.

“I loved the American college experience and the relationships you build with professors here,” she said.

Ms. Mancini, who holds a bachelor’s degree in translation and interpretation studies and a master’s degree in foreign languages for international relations, completed her M.A. at St. John’s in three semesters and landed an interview with her current job just ten days after her graduation.

She started as an Investigator, reviewing complaints and interviewing people as well as gathering police documentation, media footage, and body camera and security camera footage. In that position, she drafted reports with recommendations that were reviewed by the board and then forwarded to the police commissioner.

Having taken a course in restorative justice at St. John’s, Ms. Mancini became interested in the agency’s Mediation Unit and moved to a position there within one year of hiring. Now, she coordinates mediation between police officers, civilians, and independent mediators. She finds meaningful progress in this voluntary process, in contrast to investigations.

“Mediation has a 90 percent success rate and low recidivism rate,” she said. “Once civilians walk out of the mediation room, they’re actually satisfied with the process. They get a time to tell their side of the story directly to the officer. We can make people feel heard.”

When explaining the mediation process to the complainant, she draws on what she learned in her restorative justice course. “I was actually skeptical about restorative justice when taking the course, but it actually works,” she said. “This is one place where I can really make a difference.”

Kenneth R. McGrail ‘03C, ‘05G is a Special Agent for the U.S. Drug Enforcement Administration’s (DEA) New York Division, a position he has held for the past five years. He serves in the Tactical Diversion Squad, which leads investigations into doctors and pharmacies illegally distributing controlled substances.

“Every day is different,” said Mr. McGrail of his role. “It’s very fast-paced and we often need to act on the spur of the moment, conducting field investigations that include undercover and surveillance operations and controlling confidential sources. We are on the front lines of the opioid epidemic.”

In addition to field operations in and around New York City – occasionally in a helicopter or airplane – Mr. McGrail and his team travel to 66 different countries around the world on DEA business.

Mr. McGrail – who majored in Government and Politics as St. John’s undergraduate before pursuing his M.A. in Criminology and Justice – developed an interest in investigations while completing internships in the Narcotics Bureau of the Staten Island District Attorney’s Office and then in the U.S. Bureau of Alcohol, Tobacco, Firearms, and Explosives.

“I had originally planned to go to law school, but my internships helped me realize I’m more field-oriented,” he said. “Those experiences, combined with my education in Criminology and Justice, helped me discover myself and my interests.”

After graduation with his M.A., Mr. McGrail began working with the New York City Department of Investigations. He then moved to his current position with the DEA.

Mr. McGrail remains connected to the Criminology and Justice program at St. John’s, mentoring current students and helping them find internships and employment. He advises them to cultivate patience and persistence alongside their research, writing, and analytical skills.

“It takes years to build up your credentials, so surround yourself with the people who are your models, whether that is your professors, your fellow students, or professional mentors,” he said. “That will help you adopt the professionalism of the field you want to enter and start to think of yourself as a professional, as a criminologist.”