Every day, millions of consumers in the United States enter into agreements for products and services that contain arbitration clauses. Buy a car? Take out a student loan? Refinance a mortgage? Sign on with a wireless provider? Provisions in those contracts likely require that both parties resolve their grievances through arbitration instead of in court. 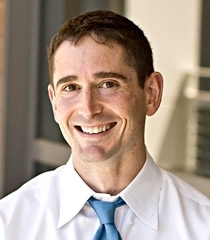 In their article, “After the Revolution: An Empirical Study of Consumer Arbitration,” 104 Geo. L.J. 57 (2015), Professors Andrea Cann Chandrasekher and David Horton of UC Davis School of Law (King Hall) take a deep dive into consumer arbitration by analyzing close to 5,000 cases filed with the American Arbitration Association between July 2009 and December 2013.

Their investigation “behind the black curtain of the extrajudicial tribunal” is unprecedented in its scope and has earned the team the 2017 Mangano Dispute Resolution Advancement Award. This is the second consecutive year that the honor has gone to members of the UC Davis faculty.

The $5000 annual award recognizes scholars whose published empirical research has furthered the advancement and understanding of the values and skills of dispute resolution. It was established through the generosity of Hon. Guy J. Mangano '55, '83HON, who has dedicated his 40-year career to promoting dispute resolution, first as presiding justice of the New York State Appellate Division, Second Department, then as a state legislator, and now as an arbitrator and mediator.

A committee fielded from across St. John’s University conducted the award selection process under the leadership of Elayne E. Greenberg, assistant dean for dispute resolution programs, professor of legal practice, and director of the Hugh L. Carey Center for Dispute Resolution. This year’s selection committee members were: 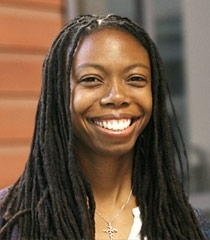 Research considered for the Mangano award has broad applicability to the alternate dispute resolution field, or focuses on the values and application of dispute resolution in a specific area. Interdisciplinary research is encouraged, and the findings should be published in a nationally respected journal within a specified period. In assessing a candidate, the selection committee also considers:

"The purpose of the Mangano Award is to strengthen the legitimacy of the dispute resolution field by supporting quality empirical research that informs good dispute resolution practice,” Professor Greenberg says. “The research conducted and reported by Professors Chandrasekher and Horton does just that. It provides welcomed observations about how recent U.S. Supreme Court decisions have affected consumers’ use of arbitration. Their research also offers a more nuanced understanding of why, and in what ways, repeat corporate players gain an advantage in consumer arbitration.

“It’s a tremendous honor to receive this award,” says Professor Horton. “I’m very familiar with the caliber of the previous papers that have been selected, and it’s thrilling and flattering to be associated with them.” Reflecting on the achievement, Professor Chandrasekher says, “It’s such a privilege to be recognized for our empirical work on consumer arbitration. I am humbled by this honor.”

Professor Greenberg will formally present the Mangano Award to Professors Chandrasekher and Horton at the Carey Center’s annual reception on Monday, March 27, 2017.