Following the Arc of Our Institution’s History: Race, Immigration, and the Pursuit of the American Dream

Join us for a unique event that enriches our understanding of New York City’s history of immigration and our institution’s commitment to antiracist scholarship and racial equity. 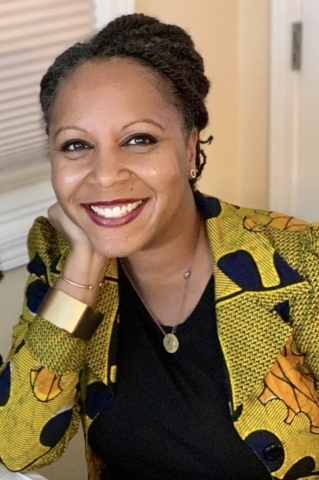 A scholar of Black immigration, suburbanization, and gentrification, Dr. Greer’s lecture sheds new light on the urban story of immigration that is so central to St. John’s history and the dynamics of race that transform it.

Christina M. Greer, Ph.D., is an Associate Professor of Political Science and American Studies at Fordham University (Lincoln Center Campus). She was the 2018 fellow for the McSilver Institute for Poverty Policy and Research at New York University Silver School of Social Work.

Dr. Greer’s book, Black Ethnics: Race, Immigration, and the Pursuit of the American Dream (Oxford University Press, 2013), investigates the increasingly ethnically diverse Black populations in the US from Africa and the Caribbean and was the recipient of the WEB du Bois Best Book Award in 2014 given by the National Conference of Black Political Scientists. Dr. Greer is currently working on a manuscript detailing the political contributions of Barbara Jordan, Fannie Lou Hamer, and Stacey Abrams. She recently coedited Black Politics in Transition, which explores gentrification, suburbanization, and immigration of Blacks in America.

She is a member of the Board of Directors of the Lower East Side Tenement Museum in New York City and Community Change, and serves on the Advisory Board at Tufts University. She is also an ardent supporter of FIERCE in New York City and Project South: Institute for the Elimination of Poverty and Genocide in Atlanta, GA, and a former board member of the Black Alliance for Just Immigration (BAJI), the Riders Alliance of New York, and the Human Services Council.

She is a frequent political commentator on several media outlets, primarily MSNBC, WNYC, and NY1, and is often quoted in media outlets such as the New York Times, Wall Street Journal, and the Associated Press. Dr. Greer is the cohost of the New York-centered podcast FAQ-NYC and the Black-centered podcast What's In It For Us; the politics editor at thegrio.com; the producer and host of The Aftermath and The Contender on Ozy.com, as well as their editor-at-large; is a frequent author and narrator for the TedEd educational series; and also writes a weekly column for The Amsterdam News, one of the oldest black newspapers in the US.

Dr. Greer received her B.A. from Tufts University and her M.A., M.Phil., and Ph.D. in Political Science from Columbia University.

If you would like to learn more about the SI Interdisciplinary Fund and contributions honoring Dr. Dabrowski, please contact Nicholas A. Legakis, Director of Development for St. John’s College of Liberal Arts and Sciences, at [email protected]; 718-390-4146.

Click here to make a contribution directly to the fund. Under designation, click on “Other” and add “Dr. Irene Dabrowski Lectures.”